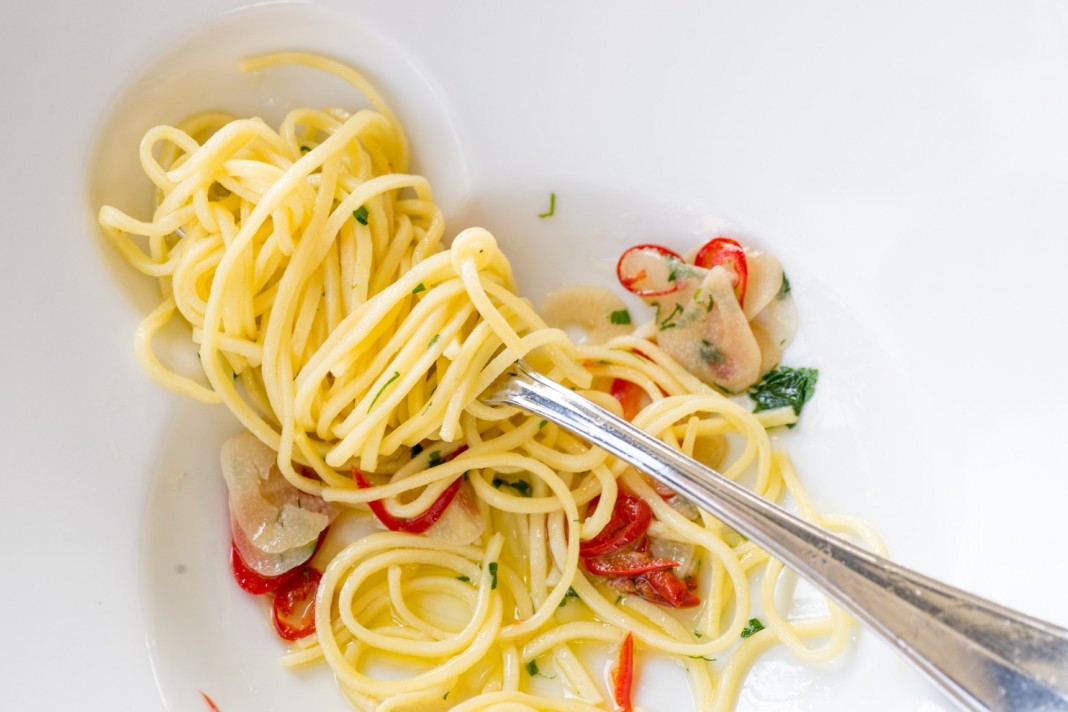 The following is an adapted excerpt from my new book Eat Dirt: Why Leaky Gut May Be the Root Cause of Your Health Problems and 5 Surprising Steps to Cure It (Harper Wave).

If you’ve been in a grocery store or restaurant any time in the last few years, you’ve likely noticed that gluten-free options are more plentiful than ever. And for many people, that makes eating healthy, nourishing foods easier than ever.

Gluten is the protein found in wheat, barley and rye. It’s what binds foods together and gives bread its elasticity, and, in people living with celiac disease, it’s also what triggers an autoimmune reaction that damages the lining of the small intestine. This damage impairs digestion and thwarts nutrient absorption. Meanwhile, gluten intolerance—or “non-celiac gluten sensitivity” (NCGS)—refers to a condition in people who don’t have celiac disease but who do notice that they feel better when they avoid gluten. People with NCGS suffer from a variety of ailments when gluten enters their diets. Symptoms include bloating, brain fog, headaches, skin issues and leaky gut—a condition that occurs when damage to the intestinal wall allows undigested food particles and other toxins to pass into the bloodstream. Once there, those foreign invaders can cause a host of other issues, including weight gain and thyroid problems.

So how did gluten become so dangerous? For starters, gluten is considered an anti-nutrient, meaning it’s hard for anyone to digest—whether the person has a gluten intolerance or not. Add those difficulties to changes in modern agriculture that have created wheat hybrids that don’t even resemble ancient wheat, and it’s no wonder that more and more people are shopping in the gluten-free aisle.

Unfortunately, however, even strict adherents to a gluten-free diet may still find that they don’t feel completely healthy, and, in some cases, sneaky gluten may be to blame. Unlike whole wheat pasta or pancakes that announce their gluten content from a mile away (and are easier to avoid), the following gluten-containing foods have a tendency to slip under the radar—and into unsuspecting diets. 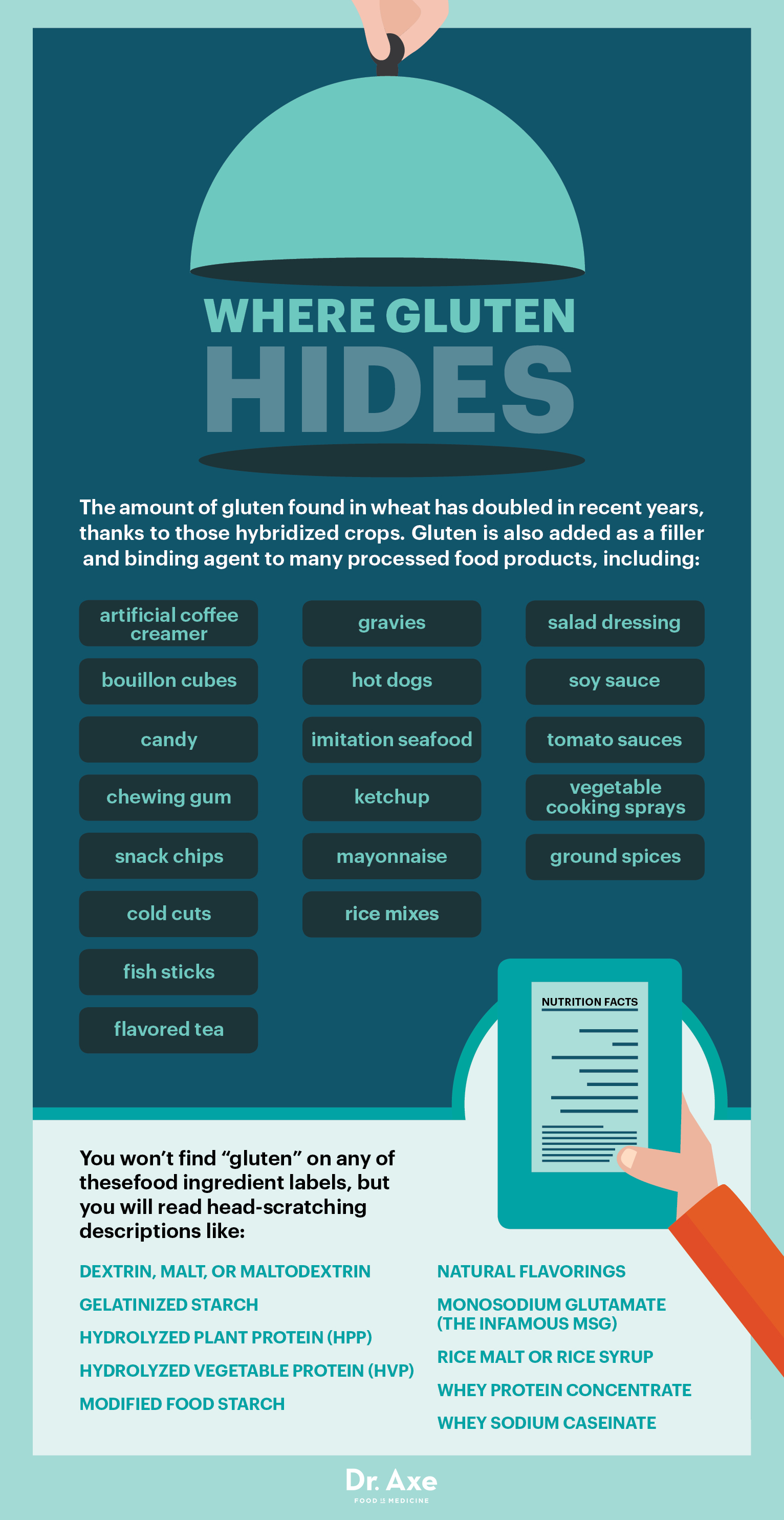 Ultimately, education is the best tool to avoid hidden sources of gluten. When you’re aware of the places where it hides—and the tricky pseudonyms it often hides under—it’s much easier to avoid it altogether. I also recommend preparing foods at home as much as possible. Coconut flour is one of my favorite gluten-free flours. It offers high levels of fiber and healthy fats. I do understand that doing your own cooking and baking is not possible, though. In those cases, be diligent to read all labels and opt for unprocessed, whole foods as much as possible, as those are obviously less likely to be contaminated. Finally, for extra insurance, invest in high quality digestive enzymes that can help your body break down any gluten that snuck its way onto your plate. 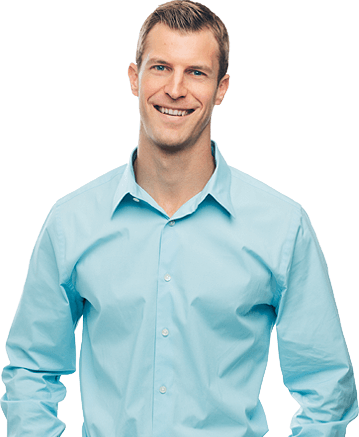 Dr. Josh Axe, DNM, DC, CNS is a certified doctor of natural medicine, doctor of chiropractic and clinical nutritionist with a passion to help people get healthy by using food as medicine. In 2008 he started Exodus Health Center, which grew to become one of the largest functional medicine clinics in the world.

Dr. Axe has created one of the top 10 most visited natural health websites in the world at www.DrAxe.com which has over 6,000,000 monthly visitors, where the main topics include nutrition, natural medicine, fitness, healthy recipes, home remedies and trending health 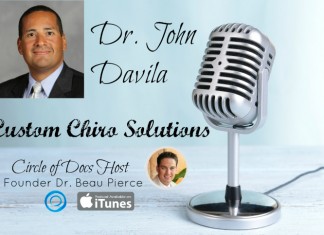