The same organization that has been trying to shut down chiropractic since at least the 1960s is now going after medical professionals like Dr. Mehmet Oz who have the opportunity to speak on television about the latest advancements in medicine. The American Medical Association (AMA) used the words “actively defend” to describe the intent of its new guidelines for the medical profession that threaten to muzzle progressive doctors from exercising their freedom of speech on the national stage.

For a group whose professional membership represents a mere 17 percent of all medical doctors, the AMA sure has a lot of gall trying to police the entire medical industry with its own opinions on science. The AMA apparently sees itself as the gatekeeper of all scientific knowledge even though the group maintains an ironic position of clinging to the most outmoded dinosaur science at the expense of medical progress.

According to the Alliance for Natural Health USA (ANH-USA), the AMA, responding to a recent proposal by a handful of medical students, has decided to make some changes to its official policies on medical ethics. Clearly a reactionary move in response to Dr. Oz blowing the lid on glyphosate causing cancer in humans, the policy changes are directed at “celebrity” doctors who have a mass media platform to influence public opinion.

As explained by ANH-USA, the proposal targets “quack MDs” — which is really code for doctors who aren’t persuaded to toe the official line on pharmaceuticals and vaccines — using gag order tactics. The AMA plans to “…create ethical guidelines for physicians in the media, write a report on how doctors may be disciplined for violating medical ethics through their press involvement, and release a public statement denouncing the dissemination of dubious medical information through the radio, TV, newspapers, or websites.”

In other words, the AMA wants to play nanny state by controlling what doctors say under threat of punishment. If a doctor citing the latest science decides to blow the lid on MMR vaccines causing autism, for example, he or she could face “discipline,” as the AMA puts it, for “violating medical ethics.”

Write to the AMA and demand that they stop trying to suppress freedom of speech in medicine!

It’s completely unreasonable for the AMA — which is the fifth largest lobbyist on Capitol Hill, by the way — to declare itself the pinnacle of all things related to medical truth. The AMA, in case you weren’t aware, is nothing more than a membership-based medical organization that represents just one segment of conventional medical thought.

The vast majority of doctors aren’t even members of the AMA, and yet the AMA believes that it should have the special privilege of being able to tell all doctors what they can and cannot say in the public sphere. This is the textbook definition of censorship, with the AMA acting as a fascist dictator in controlling the flow of medical propaganda.

ANH-USA puts it this way:

“…we believe in a free and open market when it comes to healthcare choices. By doing what it can to gag doctors’ free speech in the media, the AMA is indeed attempting to ‘defend the profession’ — albeit from competition and change, not from those it dismisses as ‘quacks.'” 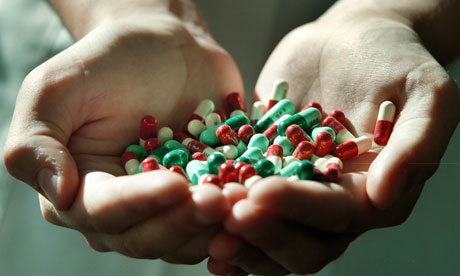 3X More Americans Are Spending $100,000-Plus on Prescription Drugs Per Year