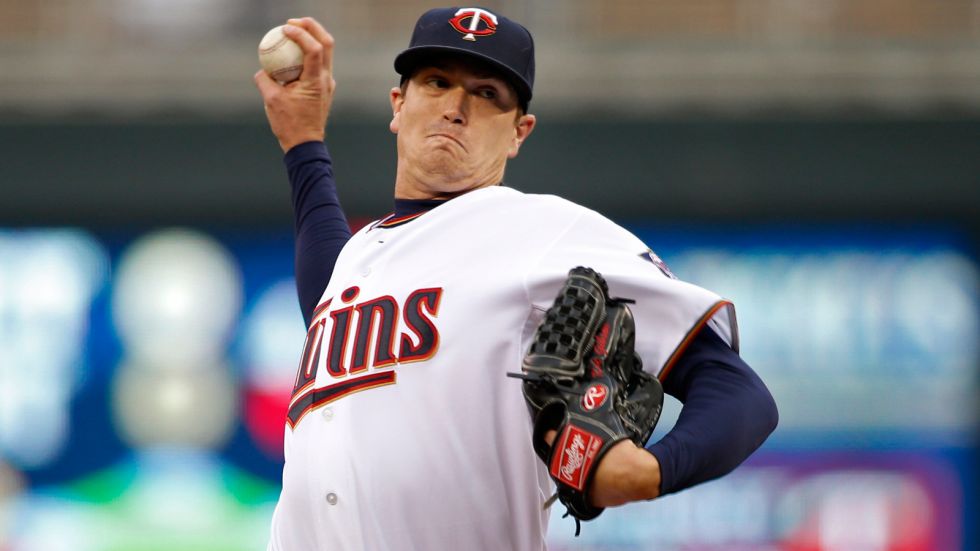 Sometime after Kyle Gibson starts for the Twins in their home opener Monday afternoon, the durable young right-hander will connect with perhaps the most important member of his support team this year: his Chiropractor.

Gibson is still just 28, smack in the prime of his career, but there were times during the second half last season when his lower back started to bark at him. In early August in Toronto, for instance, he was shelled for eight earned runs in just 4 2/3 innings.

“I had a problem in Toronto,” Gibson said.

“There were a couple starts where I didn’t sit down in between innings,” Gibson said, “because if I sat down, my hips just got tight.”

Meanwhile, fellow Twins pitcher Trevor May, 26, was dealing with lower back issues of his own. In May’s case, the additional pounding of making multiple relief appearances without much recovery time had caused issues with the hip and lower-back area of his left (landing) leg, as well.

May’s physical woes left him unavailable for days at a time while the Twins chased their first postseason berth since 2010. Massage and electronic stimulation could only do so much to keep May on the mound.

A few sporadic sessions with a chiropractor didn’t provide immediate results, so May discontinued them.

Upon returning to Seattle this offseason, the yoga devotee decided to up the ante and visit a chiropractor weekly for hour-long sessions. This time, he began to see the benefits.

“A couple weeks before spring training, I felt it coming on a little bit again,” May said. “I was like, what is going on? I got it adjusted and my chiropractor said, ‘Man, you are way, way out of whack.’ He explained to me where my pain was and why the hip was pressing against where it was and if we get that moved back, just lengthened out, it’s going to be really sore for a few weeks, but then it’s just going to go back to normal.”

In 2014, his first full season in the majors, Gibson saw a chiropractor a few times at the recommendation of Twins closer Glen Perkins.

Gibson missed a start in late July after getting shelled at home for six earned runs against the Tampa Bay Rays.

“One of Perk’s guys came in and adjusted me,” recalled Gibson, who threw seven shutout innings at Kansas City his next time out.

That never led to a regular appointment, partly because of Gibson’s relative youth but also because of a long-held fear of what a chiropractor might do to a young athlete’s spine.

“My view of them was, ‘OK, I want you to lay on a table and I’m going to pop your back and you can come back in a week,’ ” Gibson said. “Once you start doing it, you’ve got to keep doing it the rest of your life. That was my view.”

A conversation with May early in spring training this year left him more open to chiropractic manipulation. 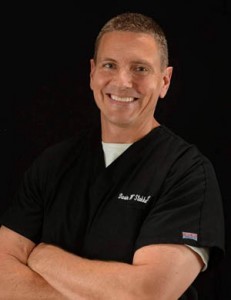 Hoping to build on the gains of a breakthrough 2015 but still bothered by soreness in his lower back, Gibson asked May for feedback on his chiropractor. May, who by then was going once at week to Darin Stokke at Lifestyles Chiropractic, had nothing but good things to say about the sessions.

“We found that baseball players get skeletally out of line,” May said. “They do one motion one way much harder (than most people), and my hips were really, really out of line. Seeing a chiropractor consistently has helped me make sure I’m getting readjusted and staying in line as much as possible.”

While initially there was some concern that the bullpen simply did not agree with May’s back, his chiropractic sessions convinced him (and the Twins) that he could manage the additional workload with proper preparation.

What derailed him in September 2015, as it turns out, was a problem with the set joint, where the left hip and lower back meet.

“It was all muscular,” May said. “It was just because one hip was closer to the spine than the other side. The other side was normal. (The left side) was just pressing so much and you get so much inflammation. It was just a perfect storm. It was just a little extra torque being in the ‘pen. That’s why it was bothering me. Now I’m on top of it.” 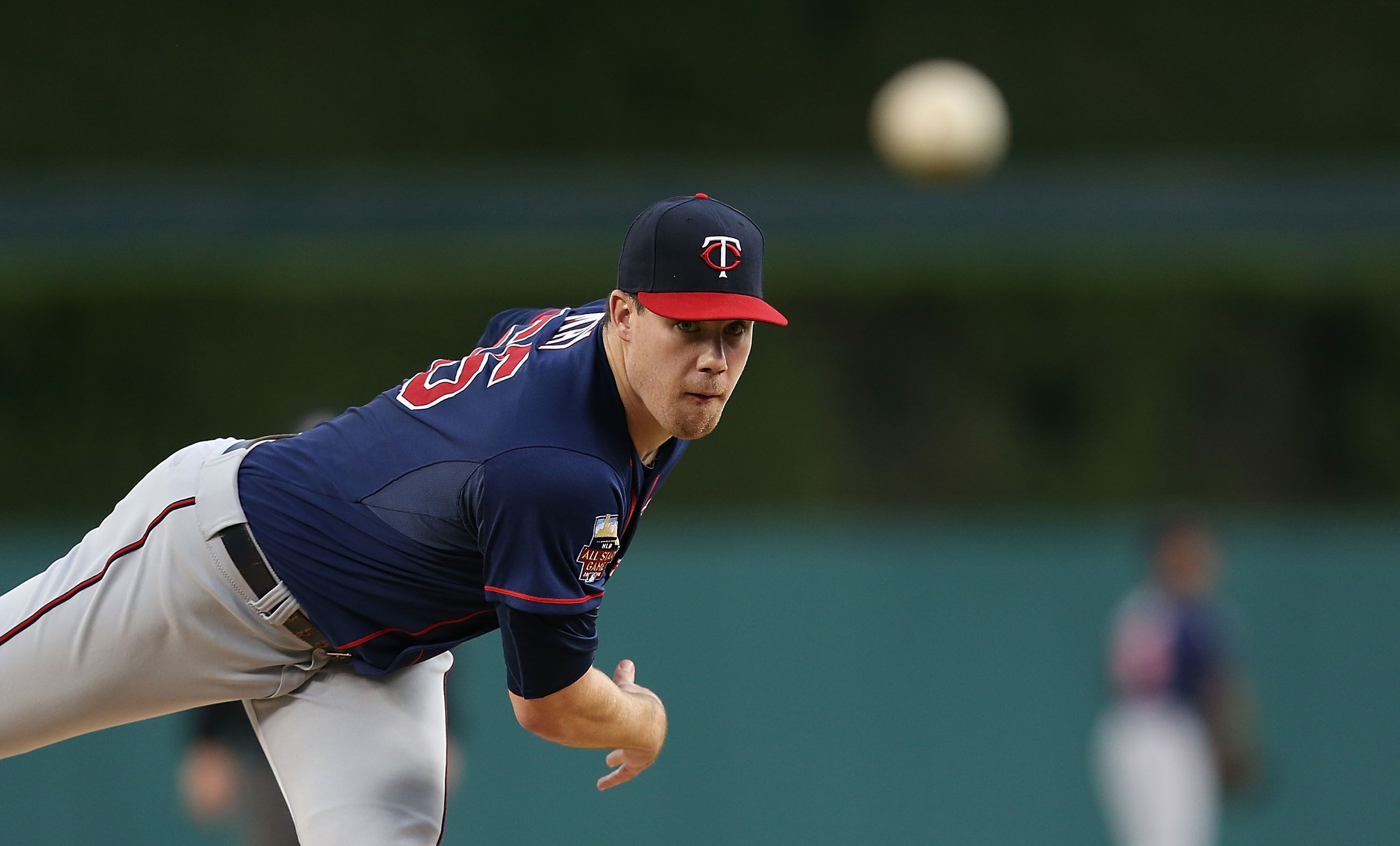 As May explained it to Gibson, realignment of the spine would allow the overtaxed areas of a pitcher’s core to meet the challenge of persistent pounding.

“Letting those muscles unflare and then heal and rebuild them back to where they’re supposed to be, that’s what we’re doing,” May said.

After doing some “normal treatment stuff” as a warmup, Stokke would check May’s alignment much the way a tire installer might need to check an automobile before sending it back out into traffic.

“He checks where you legs are,” May said. “If he sees you’re out of line, he puts you back in line, and the next day I try to do some exercises and heavy strength stuff, just to build those muscles back up. I’m seeing soreness go and I feel more in line and healthier.”

Despite taking the loss in his season debut in Baltimore, Gibson reports much the same results from his twice-weekly chiropractic sessions this spring.

“Toward the beginning of spring training my back started getting sore again,” Gibson said. “Going twice a week helped get things moving in the right direction.”

Now that he feels his lower-back problems are under control, Gibson plans to scale back to a single visit per homestand. That way he won’t have to find somebody to visit on the road, while also limiting those realignment sessions to perhaps two per month.

“It has made a big difference in my hips and just everything,” said Gibson, who set career highs for starts (32) and innings (194 2/3) last season. “My skeletal system was basically allowing my muscular system to stay tight and not function properly. That caused some nerve irritation.” 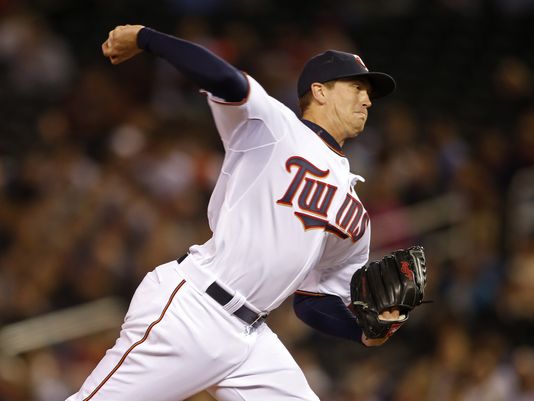 While May features the classic “drop and drive” delivery, Gibson is from the “tall and fall” school that should, in theory, produce less strain on a pitcher’s hips and back. That didn’t prove to be the case over Gibson’s first few seasons in the majors, so he finally realized adjustments were needed.

“Some of my problem was just that I had some tight hips pulling my pelvis out of line and causing some irritation in the nerve,” Gibson said. “There were certain things I realized I could pitch through. You find ways to get around certain sorenesses and aches and pains.”

If the Twins can get 200 innings out of Gibson and 65 to 75 relief appearances out of May, they won’t just have a better chance to end a postseason drought that has reached five years and counting. They could have additional members of their pitching staff lining up for realignment sessions. 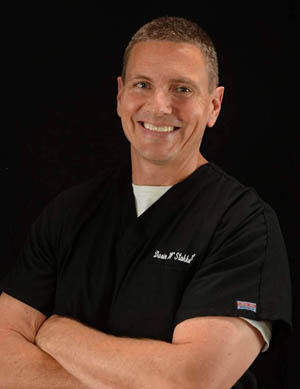 After suffering a neck injury while playing in a High School football game, Dr. Stokke began experiencing severe migraines and neck pain. Medicines helped some but provided only temporary relief for the pain and for the severe headaches that were quickly becoming debilitating. As it is with most things, pain was the catalyst for changing a pattern that wasn’t working and to thinking outside the box. He decided to seek advice and care from a close family friend who just happened to be a chiropractor. Following the first visit and after experiencing the first gentle adjustment to his spine, the pain immediately began to diminish along with the chronic migraines and sleep issues he had been suffering with. 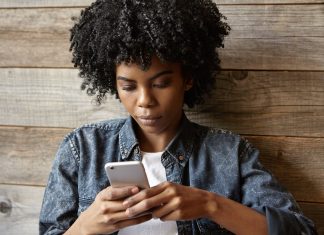