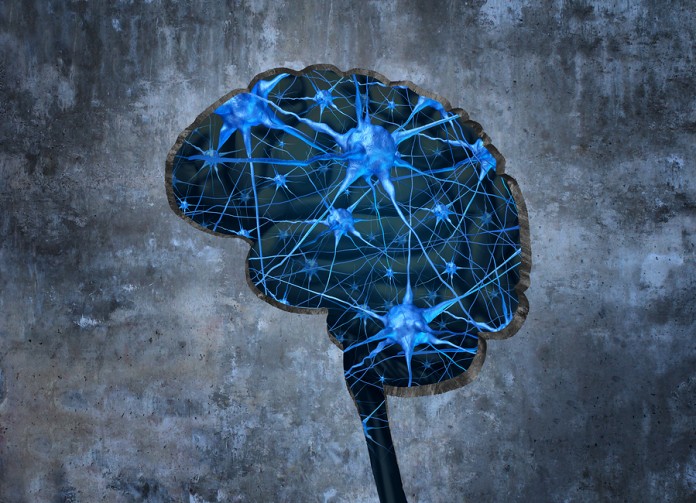 By now, we’ve probably all come across something in the popular media about the growing concern of concussions in our nation’s heroes both in the military and sports. Hollywood has even taken a shot at covering the problem with the Will Smith led drama Concussion about the Nigerian-American doctor who described the traumatic nature of concussions on the function of the brain in former NFL all-stars. We’ve seen the exposés in the media about the suicide rates of military personnel coming home after traumatic brain injuries. We are familiar with the problems associated with concussions in our heroes and the children who try to emulate them, but what is often overlooked is the problem that traumatic head injuries pose for you and me, the everyday person, the “general population.” However, a recent article published in the Canadian Medical Association Journal did just that and assessed the life-long risk of suicide after concussions in the general public. (1)

New Research on Concussions and Suicide

The study, led by Dr. Ronald Redelmeier, analyzed the 20-year suicide-risk outcomes of 235,110 adults (mean age 41, 52% male, 86% living within urban locations) on the Ontario Health Insurance Plan database who were diagnosed with non-severe concussions (not requiring hospital admission) from 1992 to 2012. The study took a novel approach to how it described the individuals, dividing the cohort into either weekday (n=195,170) or weekend (n=39,940) concussions. 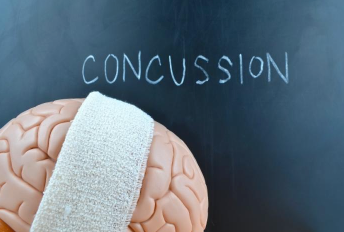 Dr. Redelmeier attributed the increase in suicide risk for weekend concussions to people simply not seeking treatment. The majority of weekday concussions happen while in the workplace, and are often overseen by colleagues and superiors, providing safeguards, prompting people to seek help. Weekend concussions usually happen during leisure activities or while alone; self-selected activities. Dr. Redlmeier’s perspective is that these self-selected activities often lead the person to blame themselves for the injury, and thus, are less likely to get the same support from friends and family that you might get from work meaning there are less safeguards in place.

What may be shocking to some, though is fairly typical, is the fact that 51% of those who committed suicide had sought help from a physician in the week before they passed, over 70% in the month before they passed.

Whereas Dr. Redelmeier feels that it is through these medical channels where the most hope could be provided, I personally look at the numbers in astonishment: While we all understand that there can be a number of factors involved in one’s desire to commit suicide, conventional medical care is clearly not putting a huge dent in the rate of occurrence.

The Role of Chiropractic Care in Concussion Management 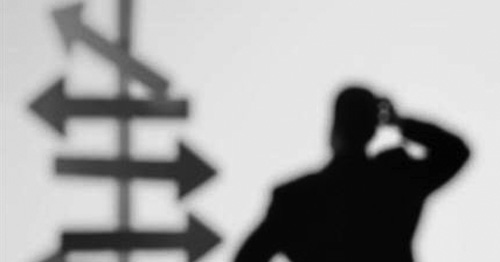 It should not be difficult to conclude that living with any of these symptoms for days or weeks can be a source of unwanted stress and hardship. Living with them for years is no quality of life. The constant pain, and feeling of something not being “right” are some of the hallmarks of depression. Yet some of these symptoms are manifestations of problems not just localized to the brain. This is where Doctors of Chiropractic can play a vital role. There is an expanding body of literature underscoring the significant benefits that chiropractic intervention has on recovery. The lingering concussive symptoms can be attributed to subluxation of the neck – not just the agitation of the brain. There are numerous published reports and case studies of patients visiting chiropractors with post-concussive symptoms and being symptom free after time spent with a Doctor of Chiropractic.

While more research may be needed to determine just why chiropractic works so well, there is no shortage of research and case studies proving that chiropractic is effective in the management of concussions!

In addition to addressing subluxations of the cervical spine and occiput, which are often mimic concussive trauma to the brain, chiropractors further serve their patients through education and rehabilitation, beyond the initial diagnosis and intervention.

If you have already experienced a concussion, or naturally desire to prevent one upon an unexpected trauma:

Beyond physical care, Doctors of Chiropractic are known to excel in empathy and support. A 2012 meta-analysis of 55 different studies determined the significant and positive associations between treatment and patient satisfaction, describing the benefits to a number of diseases including depression and concussive-related symptoms (2). Perhaps it is because nearly all chiropractic clinics are privatized – whereas most medical clinics are funded by government or driven by requirements of insurance companies – that patient satisfaction in chiropractic clinics has always scored high.

There is a growing body of evidence suggesting that patient time spent conversing and interacting with a health care provider is directly linked with how the patient recovers. The more interaction, the more reassurance, the better; multiple studies have described the advantage of providing not only effective treatment, but a personal experience too. There is no intermediary between you and your chiropractor. A personal experience is something that chiropractors are able to offer!

Dr. Redelmeier is correct that there is a major missed opportunity by MDs seeing post-concussion suicidal patients in the weeks and months leading up to an incident. “Nobody has to die from suicide.” While it is not specifically in the chiropractor’s scope of practice to counsel for or identify suicidal tendencies, one must wonder how helpful are chiropractic principles and practices to potentially steering patients in a better direction, long before that visit with the MD.

We, as Chiropractors, are in a unique position; we not only come with scientifically backed methods to help the physical problems associated with the symptoms of concussions, but also offer the “hands-on” approach that appears to provide additional, significant benefits to the recovery of our patients. It doesn’t just stop at concussions; chiropractic has been shown to benefit all manners of different maladies, from arthritis and joint pain, to Irritable Bowel Syndrome and blood pressure. Chiropractic offers hope to people who may have thought that living symptom free was no longer a reality for them. Chiropractic care can help alleviate the pain and debilitating symptoms that concussions can cause. Chiropractic intervention has time and time again proven to be efficacious in all manners of health and improving quality of life.

Some healing is physical. Some healing is non-physical. Whether you’ve fully recovered from a past trauma, or are still recovering, or are aiming to prevent problems down the road, ensure that a chiropractor is part of your health team to know that all your needs are covered. 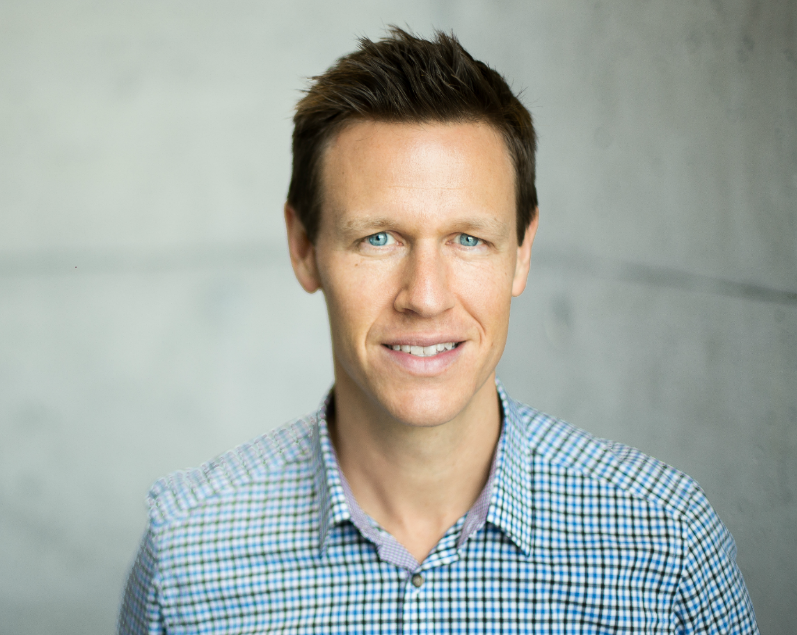 Named after the Developer of Chiropractic, Dr. B.J. Hardick is a second-generation chiropractor, a 2001 graduate of Life University, and has spent the majority of his life working in natural health care. Dr. Hardick is in full-time clinical practice in London, Ontario.

Outside of patient hours, Dr. Hardick is known for speaking on his natural health strategies to numerous professional and public audiences every year in the Unites States and Canada. In 2009, he wrote his first book, Maximized Living Nutrition Plans, which has now been used professionally in over 500 health clinics, alongside a follow-up publication to which he was a contributor, The Cancer Killers. Dr. Hardick serves on the advisory board for GreenMedInfo.com, the world’s most widely referenced natural health database.

All Dr. Hardick’s passions are anchored in helping others achieve ecologically sound, healthy, and balanced lives. 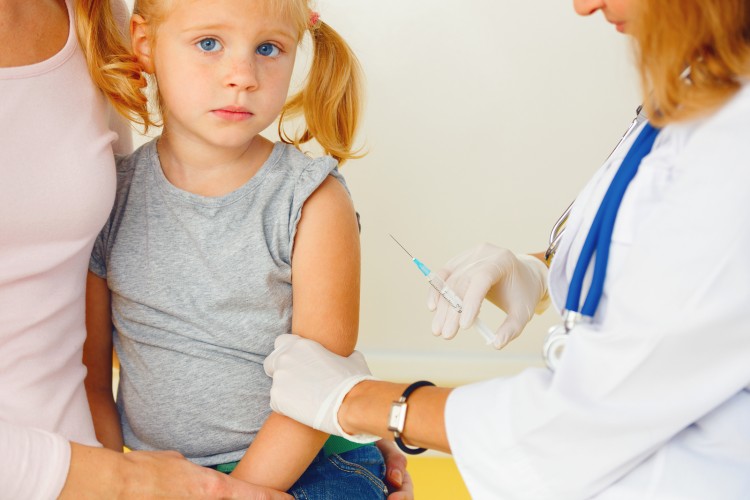 Senate Bill 277: Are They Going To Force Vaccinations in California?