Differential Compliance Instrument in the Treatment of Infantile Colic:   A Report of Two Cases

OBJECTIVE:   To report on the novel use of a computer-assisted adjusting device as a potentially safe method for treatment of infantile colic.

CLINICAL FEATURES:   Two infants were diagnosed by their pediatrician as having infantile colic, which was characterized by signs of distress, uncontrollable crying, and brief episodes of screaming. Both children had normal growth (despite low birth weight in the second) and no other abnormalities.

INTERVENTION AND OUTCOME:   A PulStar Function Recording and Analysis System (PulStar FRAS, Sense Technology, Inc, Pittsburgh, Penn) device was used to administer light impulses (approximately 1.7 joules, which produced a 3 to 4 lb force) at each segmental level throughout the dorsal spine, with probe tips spaced 2 cm apart straddling the spinous processes. Crying was reduced by 50% after a single session of instrumental adjusting in a 6-week old girl and after 4 sessions in a 9-week old boy, according to colic diaries kept by the mothers. Average hours of uninterrupted daily sleep increased from 3.5 to 6.5 hours after a single session. Within 10 days (5 and 8 sessions, respectively), colicky behavior disappeared and average total daily sleep improved to 14.5 hours (an average increase of 4.5 hours). Results continued over a 30-day follow-up.

CONCLUSION:   The PulStar mechanical adjusting device appears to have been well tolerated and beneficial in 2 cases of infantile colic. Further research is necessary to determine whether this device can enhance the safety and effectiveness of chiropractic treatment in infants with colic.

From the Full-Text Article:

There is now promising initial evidence that chiropractic may help infantile colic, and these cases present a novel approach to treatment with a computerized mechanical adjusting device that appears to be safe. Although the first case was confounded by co-treatment with Levsin drops, medications had not changed for 3 weeks before the onset of chiropractic intervention in the second case. This is certainly not a critical issue because a case, or even a series of cases, cannot validate a treatment approach. A second problem with the first case was that when the mother was away on vacation, she discontinued use of the colic diary temporarily.

Nevertheless, the dramatic improvement seen immediately after the first instrumental adjustment in the first case (administered 2 days before the use of medication in a 6-week old infant), and the significant reduction in crying (Fig 3) within 1 week of the onset of chiropractic care in both cases do lend support to prior investigations that suggest that the use of chiropractic may be an effective treatment for infantile colic. [4, 8] Natural remission seems an unlikely explanation in these cases, given the young age of the infants at the onset of chiropractic (6 and 9 weeks, respectively; natural remissions occur at 3-9 months) and the speed with which the postadjustment remissions occurred. Indeed, the ages of these 2 infants at onset of chiropractic intervention matched the ages of infants selected for research in the published literature to lessen the risk of natural remission as an explanation for improved outcomes. [4, 8]

Doctors should be aware that mothers of infants with colic may be desperate to try any and all measures to obtain relief. Despite little evidence of effectiveness, pediatricians may feel compelled to prescribe medications when family members report that the infant is being treated by a chiropractor. However, it is important to keep pediatricians and other physicians fully informed of all care when consent for this can be obtained from the caregiver.

The most exciting aspect of these cases is that chiropractors may be able to use more controlled adjustive methods in which force, amplitude, and depth are precisely regulated by computer-driven mechanical instruments. [24] The PulStar unit is the only computer-assisted adjusting device holding a US Patent at the time of this writing. It was developed by Joseph M. Evans, PhD, a bioengineer, in conjunction with the late technique developer and chiropractic pioneer, W.V. Pierce. When set in the analysis mode, the device produces a thrust that stops when increasing resistance is met (ie, measured as force in pounds × 10), as measured by transducers in the adjusting head. Set at a force rate of 15 lb force, increased resistance will typically be met in an adult spine at a range of 80 to 150, or an 8 to 15 lb force. Previous published reports outline preliminary reliability and technical aspects of this device. [24, 26] Other noncomputerized mechanical adjusting devices are available and in popular use, including the Activator (Activator Methods, Phoenix, Ariz) instrument; these instruments, used at lower force settings, produce similar thrusts that may not be as precisely controlled by the clinician. In addition, these instruments do not provide the clinician with hard copy data regarding treatment applied to the patient.

Whether the device gently relieved fixations or segmental dysfunction in the dorsal spine [26] or merely exerted some nonspecific vertebral mobilization that had some somatoautonomic or other effect [27] is, of course, speculation and of no consequence anyway. The important issues are whether adjustments can relieve infantile colic and whether they can do it safely. It is incumbent on chiropractors to determine the answer to both these questions, and these cases merely demonstrate a novel approach in that regard. Further research is certainly warranted and necessary to determine whether this instrument or other similar ones can enhance the effectiveness and safety of chiropractic treatment of infants.

The PulStar computer-assisted mechanical adjusting device set to the lowest force setting appears to have been well tolerated by both a 6-week-old female infant and a 9-week-old male infant with colic. Significant improvement in colicky behavior was observed, including apparent remissions within 10 days and 5 to 8 treatment sessions. These gains continued for a 30-day follow-up period in both cases. Although no claims can be made on the basis of individual cases, these findings are supportive of chiropractic intervention for infantile colic. Further research is warranted and necessary to determine whether computer-assisted devices can enhance the effectiveness and safety of chiropractic treatment of infants with colic. 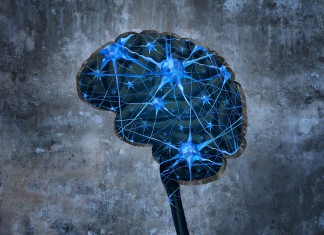