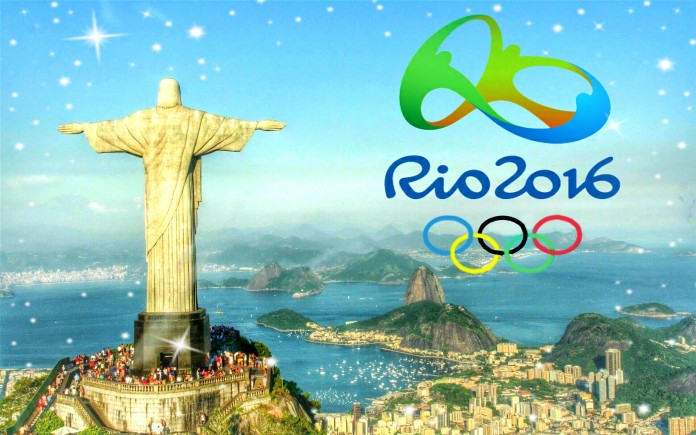 Athletes who compete in the Olympics represent the best in their respective sports, and have invested hours of training and practice to reach the world’s biggest sports stage.

The same can be said of the skilled sports-care specialists who help these elite athletes achieve their peak performance — including Palmer Davenport 2006 alumnus Kevin Rindal, D.C., CCSP®, who will serve as USA Swimming team-chiropractor at the upcoming Summer Olympics in Brazil.

In addition to Dr. Rindal, the multidisciplinary USA Swimming sports-care staff responsible for tending to the men and women who comprise the 40-member team (including five-time Olympian Michael Phelps) during the swimming events at the Summer Games in Rio (Aug. 6-13) will include five medical practitioners, a medical doctor, two massage therapists and an athletic trainer.

Support-staff elections were based on the recommendations from coaches and athletes who have traveled with the USA Swimming team for many years, along with their respective levels of sports-care experience. 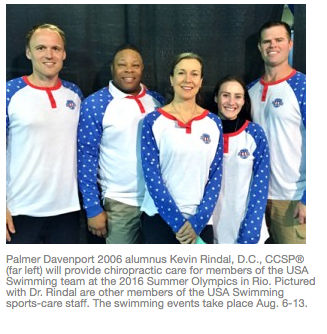 “The great part about the USA Swimming medical staff is that we each bring
different skills to the table, which helps the athletes perform at their highest level,” said Dr. Rindal, founder of InHealth Sports Injury and Performance in Seattle (established in 2011), where the practice team includes his brother, Curt Rindal, D.C., 2012 graduate of Palmer’s San Jose campus.

“Many say that the Olympic Trials is actually a tougher event than the Olympic Games, as each event at the Trials includes three or four of the top 10 swimmers in the world, competing for just two slots on the U.S. Olympic Team,” said Dr. Rindal, whose pursuit of his Olympic dream began in 2009, when USA Swimming invited him to travel and treat the team at the USA Swimming Short Course National Championships.

“The difference separating first and fourth place can be a hundredths of a second. It’s all about adjusting the small things, so that these athletes can perform to their full potential.”

Dr. Rindal completed the requirements to earn his Chiropractic Sports Practitioner certification (CCSP®) in 2011, which qualified him to satisfy another USA Swimming sports-care requirement by serving a volunteer rotation at the Olympic Training Center (OTC) in Colorado Springs. 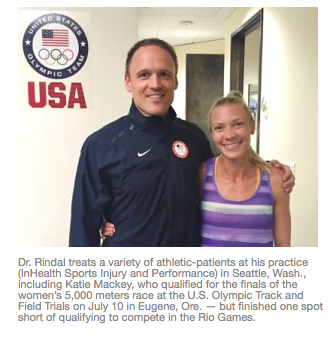 “It is important to understand the dynamics of working with both the National Governing Body for a sport and the U.S. Olympic Committee, and how all of these health-care providers work together to provide coordinated care to the athletes; so all the steps that lead to these opportunities prepared me for positions with a greater level of responsibility,” said Dr. Rindal, whose experience of providing care at international USA Swimming events includes the FINA World Championships, the Pan Pacific Games, and the Pan American Games.

Dr. Rindal ranks his Olympic appointment as “the greatest honor I have had professionally.”

“I look forward to representing the USA, and caring for these athletes who have earned a spot on the Olympic team after dedicating so much time and effort to grow and develop as athletes during the past five to six years that I’ve been able to travel with the team,” said Dr. Rindal, one of six chiropractors in his family (including his father, uncle, cousin and two brothers).

“We’ll have some long days (the swimming events take place Aug. 6-13). But we’re at the Olympics — our only objective is to serve the athletes, and help them perform to the best of their ability. Long days are expected, and necessary.”

As Dr. Rindal completes the final preparations for his Olympic experience, he’s appreciative of his Palmer education for helping him achieve his goal.

“Palmer College is a fantastic institution, and has been instrumental in advancing the field of sports chiropractic,” said Dr. Rindal, who in addition to USA Swimming, has also provided care for USA Hockey, the Brooks Beast Professional Running Team, and the Garmin-Barracuda Professional Cycling Team.

-Dr. Rindal will be one of the amazing

“From a young age, I knew that I wanted to help people, and work in a sports-related profession. It made so much sense for me to head down the chiropractic career-path — and I’m so happy that I did!” – Dr. Rindall 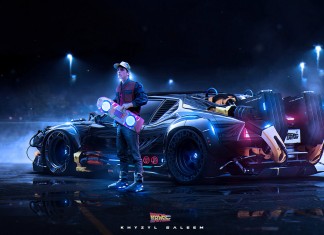 Taking Chiropractic Back to The Future