Circle of Docs
Home Health News Everything You Ever Needed to Know About Medical Exemptions to Vaccination, But... 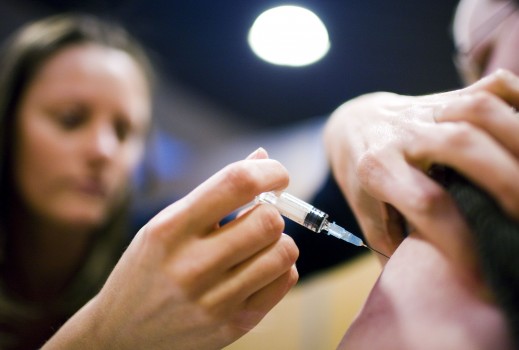 As Chiropractors many of us do not vaccinate our children and have many patients who are not as well. With the passage of SB277 in California, parents of vaccine-injured children, and parents whose children have escaped vaccine-injury are understandably concerned that similar UN-Constitutional vaccine mandates will be coming to their state next.

As I wrote in my initial response after hearing of the passage of SB277, the fact that Governor Brown indicated that he signed the bill BECAUSE it provided expanded medical exemptions is important.

“The Legislature, after considerable debate, specifically amended SB277, to exempt a child from immunization WHENEVER the child’s physician concludes that there are circumstances, including BUT NOT LIMITED TO, family medical history, for which the physician does not recommend immunization…
Thus, SB277, while requiring that school children be vaccinated, explicitly provides an exception when a physician believes that circumstances – in the judgement [sic] and sound discretion of the physician – so warrant.”

Concerned parents are now left with the task of trying to figure out how to protect their children. Those who are educated about vaccines and whose children have not been harmed are in the same boat with those who have already sacrificed a child (or more than one) on the vaccination alter. Those parents whose children have already suffered serious adverse reactions to vaccines understandably do not want to repeat that experience, and they should not have to.

If I were faced with this problem, here is what I would do…

First, I would look at the CDC’s current Childhood Vaccine Schedule.

Next, I would find out what the requirements are for my state. You can do that by contacting the school your child is or would be attending. The National Vaccine Information Center (NVIC) also has good information on requirements for public schools, daycare, and post-secondary education (colleges and universities). Here is NVIC’s information for California.

If your child has had ANY vaccines, you need to compare his or her vaccination record with what is required and see what he or she is “missing.”

I would print out all of the vaccine manufacturers inserts for the vaccines my child is “missing.” I would read them through from front to back and pay particular attention to the ingredients list, adverse reactions, and contra-indications sections.

Then, I would cross-reference any reactions with known allergens in ALL of the vaccines in the childhood schedule – or at least those in the vaccine my child is “missing.”

Many people do not realize that vaccines are made with food proteins, including eggs, chicken, beef (bovine), pork (porcine), cow’s milk (bovine casein), gelatin (bovine and porcine) and yeast. Vaccine ingredients include some of the most common food proteins to which children (and adults) are allergic. There’s a very good reason for that. I wrote about it here.

The next thing I would do is document my family medical history. I would pay extra-special attention to any and all incidence of autoimmune disease, since doctors (even mainstream doctors!) have come out publicly (on CNN!) stating that family history of autoimmune disease is a contra-indication to vaccination.

Please watch the following video and pay close attention around the 1:30 to 2 minute mark:

From what I understand, it sounds like there is a history of autoimmune disorder in the family, um… and if he’s not responding to the vaccine, that actually points to an immunodeficiency, meaning his immune system is not normal. It doesn’t normally respond the way yours and mine would. Her son is actually precisely the kind of child who has a reason… a medical reason not to receive the vaccine…

Whether or not to do titer tests is an “iffy” subject. On the one hand, if you find out that your child already has adequate titers for “evidence of immunity,” then your doctor can help you make the case that your child does not need another vaccine. However, as the doctor in the CNN video above discusses, some children never respond to vaccines the way “they should” because their immune systems are different. If your child has an immunodeficiency syndrome and you don’t know it, and you get titers drawn to vaccines your child has already had… you could end up with your doctor advising that your child needs more vaccines. Be careful. Discuss this with your doctor first and make sure that if your child comes up with no demonstrable “immune response,” the doctor will be willing to pursue further testing to figure out WHY your child did not respond as expected.

As we now know, there are differences in how children of different races respond to vaccines.

I would get a complete copy of my child’s medical records, including his or her vaccination record. I would construct a timeline. I would pay particular attention to the number of infections, asthma attacks, seizures, and any other incidents that occurred after vaccinations. As much as I already knew about vaccines and about vaccine-injuries, it wasn’t until I did the timeline that I finally realized what happened to my daughter. Do it. Also… go back and dig through your photos. Compare the photos with the timeline. Look for any evidence of changes in your child’s facial symmetry.

The above photo is of a beautiful baby girl who died from vaccine-injuries. The photo was taken five days after she received six vaccines. Two days after this photo was taken, she died. The droop on one side is a sign that cranial nerve VII has been damaged. Damage to the cranial nerves may also show up in changes in the eyes, with one eye or eyelid drooping when it didn’t previously. These signs may be temporary and may disappear. Check your child’s photos. Any previous sign of vaccine-injury such as this should be brought to the attention of your doctor and noted as a contra-indication to future vaccination. Other issues that are associated with stroke in infants and young children include early preference for being either strongly right-handed or strongly left-handed, fisting of one hand, sudden dragging or weakness of one foot, and inability to walk or crawl after vaccination.

I would put all of this information in a binder and be prepared to educate my doctor.

Parents need to know that doctors do not know what they don’t know. Every doctor I know (who is honest) has told me they only learned two things about vaccines in medical school:

It is time for you, the parent, to step up and learn how to educate those who hold your children’s lives in their hands. As my dear, amazing friend and mother to a severely vaccine-injured child has said, “Parents: DO THE WORK!”

Please download and print this incredible resource from Chelsea Lynch. This one document really does contain EVERYTHING YOU EVER NEEDED TO KNOW ABOUT VACCINES BUT DIDN’T KNOW TO ASK. 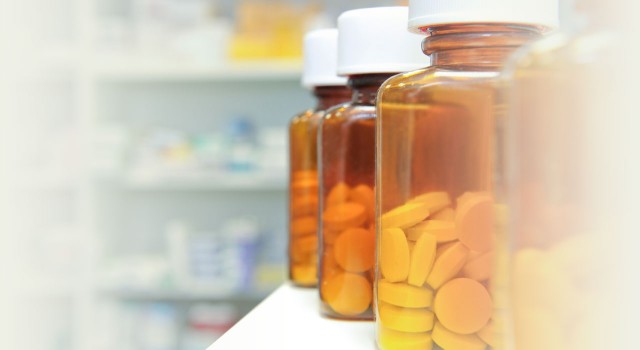 Attitudes Toward Drug Prescription Rights In Chiropractic: A Survey of Ontario...