Read Anne’s commentary and view the links after the jump.   The Dachel Media Update is sponsored by Lee Silsby Compounding Pharmacy and OurKidsASD, an online supplement retailer for patients with special needs.

Examination of the peer-reviewed scientific literature and interviews with many scientists who conducted the studies tell us that a principal cause is our exposure to poisons directly injected into us in the form of vaccination. Bio-chemist and pharmacy professor Dr. Boyd Haley disputes the claims of vaccine proponent Dr. Paul Offit point by point. Dr. Offit says vaccines are safe and effective. Dr. Haley says they are not. We are seeking funds to distribute “Haley vs. Offit” to a wide audience over the internet, also for additional production and editing of existing footage. In the Pipeline: Dr. Haley talks further about the consequences of mercury exposure in the form of SIDS, Anaphylactic Shock, and Sudden Cardiac Failure. Others to be filmed link mercury exposure to Diabetes and Cancer. Our immediate funding goal is $24,000 to reach 40 million homes where young marrieds, parents with babies or children under age 19, and seniors live. Join us! Stay with us!

This half hour commentary features the often repeated claims by vaccine developer Dr. Paul Offit on vaccine efficacy and safety, along with responses from Dr. Boyd Haley, PhD, Research Emeritus Professor Chemistry/Biochemistry, U. of Kentucky.  Dr. Offit is the head of infectious disease, Children’s Hospital of Philadelphia and Dr. Haley is an internationally recognized expert on mercury toxicity.

After viewing the video, I called Dr. Haley and asked why he didn’t actually engage Dr. Offit in an open debate.  Dr. Haley told me that he’s offered to debate Dr. Offit a number of times. but he has never responded to any of Dr. Haley’s requests.

This was similar to what happened to Mary Holland when she appeared recently on Democracy Now with Amy Goodwin.   Goodwin wanted to have Paul Offit and Mary Holland have an open conversation on the vaccine issue, but he refused.  Instead he spoke after Mary, announcing that he wouldn’t have debate with her because “she clearly doesn’t know the science.”

Here we have Dr. Haley views of Dr. Offit’s remarks.

I transcribed the first half of the video.

Dr. Boyd Haley: “The real problem with people like Dr. Offit, they have no training in toxicology at all.  Medical doctors do not receive training in toxicology to the extent that would qualify them to comment on whether or not an injection of a certain amount of a toxic chemical like thimerosal or mercury in the body would be toxic. They’re just not trained to evaluate that.”

“In the United States, we vaccinate earlier and more often and for more diseases than any other country in the world, yet we have the highest infant death rate of the 43 most modern countries.  We’re at the bottom of the heap with regard to being able to protect our children.  And I think a legitimate question to ask, if our vaccines are preventing infectious diseases, and deaths from infectious diseases, what are American children dying of that make them have one of the highest infant death rates in the world?”

On safety, referring to VAERS, the vaccine safety reporting system, Dr. Haley said, “Less than one out of ten adverse effects are reported.  And I would say, that if you think vaccines are so safe, then explain to me why this country that has the highest and the earliest vaccine rate in the world, has such a high level of infant mortality–much higher than those who give much less vacines and give them a lot later in the child’s life.”

“Vaccines should be totally safe.  You shouldn’t be injecting anything into a baby that is toxic and known to be toxic, that increases the health risks to that baby.  And that’s what we’re been doing.  We’re injecting aluminum…ethyl mercuryinto these children.  In some vaccines, we’ve seen they have component parts of DNA from pigs, bovine, and chickens. . .  That’s not safe to do that. “

“The autism epidemic . . . in the United States started in 1988.  It went up in every state in the Union. . . There has to be an environmental toxin because we have established there is no genetic cause of autism.  It didn’t exist and you don’t have genetics caused epidemics.  You can have a genetic susceptibility to a toxin.  Introduce a new toxin and you can cause an epidemic.  . . . These are genetically susceptible people being exposed to a new toxin.  . . .

“. . . It has to be something that the child is exposed to before two years of age, because the average age of diagnosis is four and a half years of age.  So they have to be exposed quite early in life.  The vaccine program fits that.  . . .

“Mercury affects the male species much more than it does the female specs . . .

“Dr. Offit is ignorant of the biochemistry involved in autism, if he says mercury or thimerosal exposure can’t cause that.  Because what we’ve seen and what other people have done in research as far away as Poland, Germany, Japan, Korea etc.,

they have shown that thimerosal will induce the same biochemical abnormalities as you see in autism.”

“There is nothing but solid proof that thimerosal is incredibly toxic. . . .

Next Dr. Offit was asked about the medical practice of the late Dr. Mayer Eisenstein, a physician who did not vaccinate and who had no cases of autism among his patients.  His response was to ignore the question.  He instead talked about doing a prospective study of children from birth who were unvaccinated.  He called that type of study “unethical,” and ignored the diverse unvaccinated population  already out there in Dr. Eisenstein’s practice.

Dr. Haley, “This is something that all the people in the immunology or vaccine program fight totally against–and that’s to look at the . . . rate of autism in the non-vaccinated population, the non-thimerosal exposed population vs that of an exposed population.  They will do anything to avoid doing that, make any excuse.   What he’s saying is absurd.  It’s easy to get a large general population of people that have not been vaccinated, and look at them and look at the autism rate. . .  Our government has that data. . . . But the vaccine manufacturers and the people who make money off of giving vaccine do not want this looked at because what it shows. . . is that the people who do not get vaccinated or who do not get exposed to thimeosal, do not have nearly the rate of autism as do those that do.:”

Next Dr. Offit claimed that the Amish have the same rate of autism as the rest of the population. Dr. Haley cited the research of Dan Olmstead looking at the unvaccinated Amish population and said they didn’t have autism.

Dr. Offit was asked if thimerosal had been removed from vaccinations and he said it had, especially for children less than three.

Dr. Haley:  “First of all, that’s not true.  Thimerosal is still used in the vaccine manufacturing process.   They just don’t add it as a preservative anymore.  You still have a certain level, about one tenth the level that used to be there, is still there.  And all the vaccines that are used in multiple dose vials, like the flu vaccine, that they recommend for six month old children, still contain thimerosal. They’re getting a bolus dose of mercury when you inject your baby with the flu vaccine. at the local clinics.  It’s the same as it was in 1985 when we started the CDC mandated program.  It’s quite a high level. It’s 12.5 mcg per dose of mercury.  That means it would be safe for a baby to take, according to EPA standards eating fish, if the baby weighed 275 pounds.” 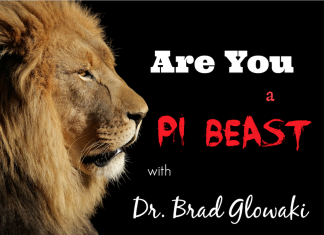