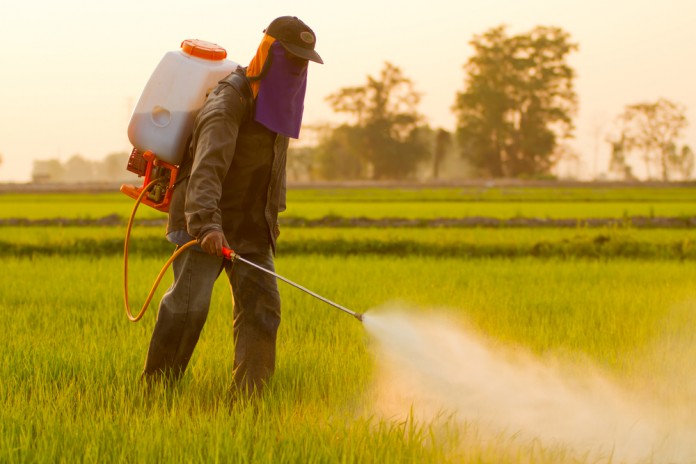 Why? Evidence points to glyphosate toxicity from the overuse of Monsanto’s Roundup herbicide on our food.

For over three decades, Stephanie Seneff, PhD, has researched biology and technology, over the years publishing over 170 scholarly peer-reviewed articles. In recent years she has concentrated on the relationship between nutrition and health, tackling such topics as Alzheimer’s, autism, and cardiovascular diseases, as well as the impact of nutritional deficiencies and environmental toxins on human health. 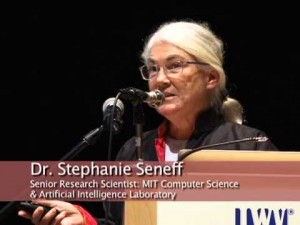 At a conference last Thursday, in a special panel discussion about GMOs, she took the audience by surprise when she declared, “At today’s rate, by 2025, one in two children will be autistic.” She noted that the side effects of autism closely mimic those of glyphosate toxicity, and presented data showing a remarkably consistent correlation between the use of Roundup on crops (and the creation of Roundup-ready GMO crop seeds) with rising rates of autism. Children with autism have biomarkers indicative of excessive glyphosate, including zinc and iron deficiency, low serum sulfate, seizures, and mitochondrial disorder.

A fellow panelist reported that after Dr. Seneff’s presentation, “All of the 70 or so people in attendance were squirming, likely because they now had serious misgivings about serving their kids, or themselves, anything with corn or soy, which are nearly all genetically modified and thus tainted with Roundup and its glyphosate.”

Dr. Seneff noted the ubiquity of glyphosate’s use. Because it is used on corn and soy, all soft drinks and candies sweetened with corn syrup and all chips and cereals that contain soy fillers have small amounts of glyphosate in them, as do our beef and poultry since cattle and chicken are fed GMO corn or soy. Wheat is often sprayed with Roundup just prior to being harvested, which means that all non-organic bread and wheat products would also be sources of glyphosate toxicity. The amount of glyphosate in each product may not be large, but the cumulative effect (especially with as much processed food as Americans eat) could be devastating. A recent studyshows that pregnant women living near farms where pesticides are applied have a 60% increased risk of children having an autism spectrum disorder. 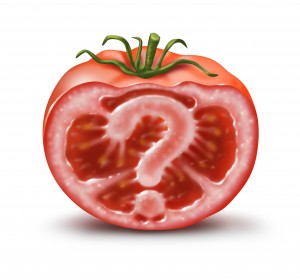 Other toxic substances may also be autism-inducing. You may recall our story on the CDC whistleblower who revealed the government’s deliberate concealment of the link between the MMR vaccine (for measles, mumps, and rubella) and a sharply increased risk of autism, particularly in African American boys. Other studies now show a link between children’s exposure to pesticides and autism. Children who live in homes with vinyl floors, which can emit phthalate chemicals, are more likely to have autism. Children whose mothers smoked were also twice as likely to have autism. Research now acknowledges that environmental contaminants such as PCBs, PBDEs, and mercury can alter brain neuron functioning even before a child is born.

This month, the USDA released a study finding that although there were detectable levels of pesticide residue in more than half of food tested by the agency, 99% of samples taken were found to be within levels the government deems safe, and 40% were found to have no detectable trace of pesticides at all. The USDA added, however, that due to “cost concerns,” it did not test for residues of glyphosate. Let’s repeat that: they never tested for the active ingredient in the most widely used herbicide in the world. “Cost concerns”? How absurd—unless they mean it will cost them too much in terms of the special relationship between the USDA and Monsanto. You may recall the revolving door between Monsanto and the federal government, with agency officials becoming high-paying executives—and vice versa! Money, power, prestige: it’s all there. Monsanto and the USDA love to scratch each others’ backs. Clearly this omission was purposeful.

In addition, as we have previously reported, the number of adverse reactions from vaccines can be correlated as well with autism, though Seneff says it doesn’t correlate quite as closely as with Roundup. The same correlations between applications of glyphosate and autism show up in deaths from senility.

Of course, autism is a complex problem with many potential causes. Dr. Seneff’s data, however, is particularly important considering how close the correlation is—and because it is coming from a scientist with impeccable credentials. Earlier this year, she spoke at the Autism One conference and presented many of the same facts; that presentation is available on YouTube. 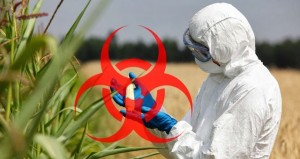 Monsanto claims that Roundup is harmless to humans. Bacteria, fungi, algae, parasites, and plants use a seven-step metabolic route known as the shikimate pathway for the biosynthesis of aromatic amino acids; glyphosate inhibits this pathway, causing the plant to die, which is why it’s so effective as an herbicide. Monsanto says humans don’t have this shikimate pathway, so it’s perfectly safe.

Dr. Seneff points out, however, that our gut bacteria do have this pathway, and that’s crucial because these bacteria supply our body with crucial amino acids. Roundup thus kills beneficial gut bacteria, allowing pathogens to grow; interferes with the synthesis of amino acids including methionine, which leads to shortages in critical neurotransmitters and folate; chelates (removes) important minerals like iron, cobalt and manganese; and much more.

Even worse, she notes, additional chemicals in Roundup are untested because they’re classified as “inert,” yet according to a 2014 study in BioMed Research International, these chemicals are capable of amplifying the toxic effects of Roundup hundreds of times over. 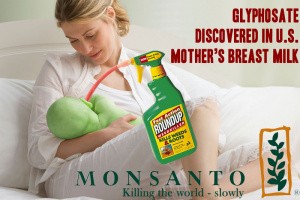 Glyphosate is present in unusually high quantities in the breast milk of American mothers, at anywhere from 760 to 1,600 times the allowable limits in European drinking water. Urine testing shows Americans have ten times the glyphosate accumulation as Europeans.

“In my view, the situation is almost beyond repair,” Dr. Seneff said after her presentation. “We need to do something drastic.”

Original source of the article: http://www.anh-usa.org/half-of-all-children-will-be-autistic-by-2025-warns-senior-research-scientist-at-mit/

Last Two of Golf’s Major Championship Winners Have One Thing In...