Circle of Docs
Home Doctors Love Him or Hate Him; 7 Things Every Chiropractor Can Learn From... 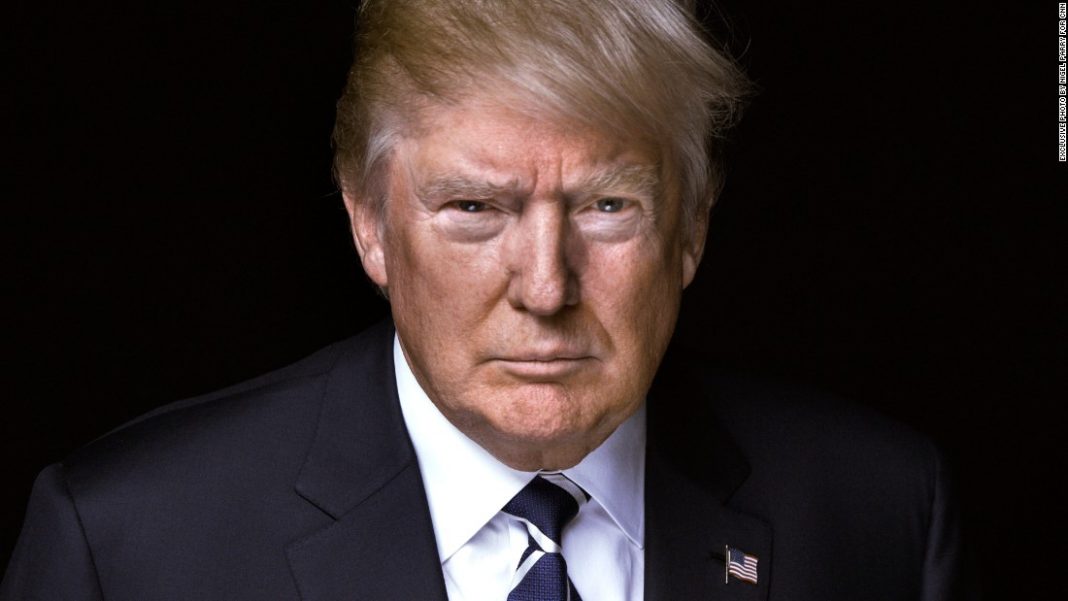 If you have turned on your television or flipped open your iPad lately chances are that Donald Trump has dominated the headlines.  Whether you agree or disagree with him, there’s no denying that his candidacy has been a powerful force in the race and has commanded a great deal of media attention.

Time will tell whether Trump’s campaign will be successful in winning the nomination, but he’s already been very successful at generating headlines. Despite his brash demeanor and highly questionable (some would say “hateful”) statements, as of this writing, Trump just keeps rising in the polls.

Regardless of what happens with Trump’s presidential campaign, he’s already a winner in the constant battle for public attention. Here are a few marketing lessons that every Chiropractor can take from Trump to make any brand or chiropractor more popular.

Donald Trump doesn’t care if you love him or hate him. He’s playing to a very select crowd of voters who believe in his message and who want to support him. There’s something about Trump’s tough-talking “I don’t care what the experts think” attitude that appeals to Republican primary voters in 2016. Lots of Republican primary voters are feeling frustrated with the way the country is currently being run and are passionate to take back the White House. Trump is giving voice to feelings that are widely shared in that political party.

In the same way, your brand doesn’t have to appeal to “everyone.” Know your target market and speak to their concerns in a relevant way. If you are passionate about kids, sports, nutrition, whatever your chiropractic office caters, speak to that audience. 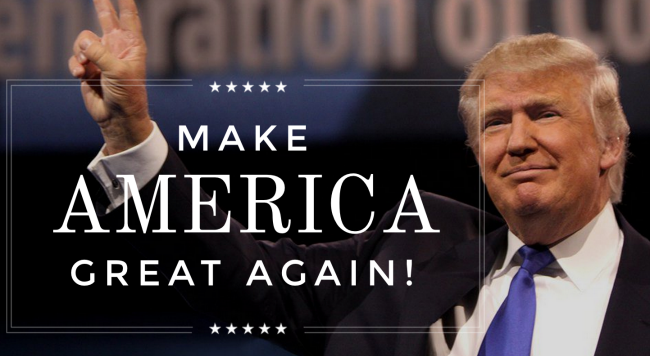 Words used to describe Trump include businessman, wealth, confidence, arrogance, and a handful of lesser choice words and expletives. Nevertheless, he owns his brand. He lives and breathes it, and rarely steers off course. In fact, Trump has helped recent GOP debates hit unprecedented viewer ratings because people know exactly what to expect when they tune in to watch him. His brand practically guarantees news headlines and everyone wants a front row seat.

If you want your chiropractic brand to reach Trump-like proportions, you need to become your brand. Take for example, Dr. Billy Demoss, who has turned his Facebook page upside down with his daily rants and videos on everything from chiropractic to chem trails.  Now he has one of the largest natural health seminars in all of the world, Cal Jam. Why are these brands so successful? Because they have both mastered the concepts of relationship building, they market with a purpose to a very well defined niche, and they promote causes that they live—day in and day out.

There is no such thing as bad press or so they say. And as far as Trump is concerned, has there ever been a more talked about candidate? Trump has an almost universal name recognition across the United States, whereas other presidential hopefuls remain, largely nameless. When it comes to politics, world issues, media, minorities, women, and even Saturday Night Live, Trump is dominating the headlines. These days, you can’t go to sleep without seeing a late-show host parodying Trump or wake up in the morning without seeing a headline bearing the mogul’s name. He is literally everywhere.

Dominating the media doesn’t have to cost millions, but you need to be willing to take a stand on an issue and be consistent. Give the media something to talk about, a reason to tout your product, a cause that makes your brand stand out. Look at the popular shoe company, TOMS. Founder Blake Mycoskie took a simple idea and humble beginnings to fuel a cause that was near and dear to his heart, and apparently millions of others. In less than 10 years, his One for One business model has provided 35 million shoes to children in need.

Dominating the press means being involved in issues that are hot, newsworthy, and current. Seek out ones that tug at your heartstrings and that you feel a personal connection to, do your research, and follow your passion. Being a media superstar doesn’t usually happen overnight, so be patient. And more importantly, once you get them talking, don’t give them a reason to stop. 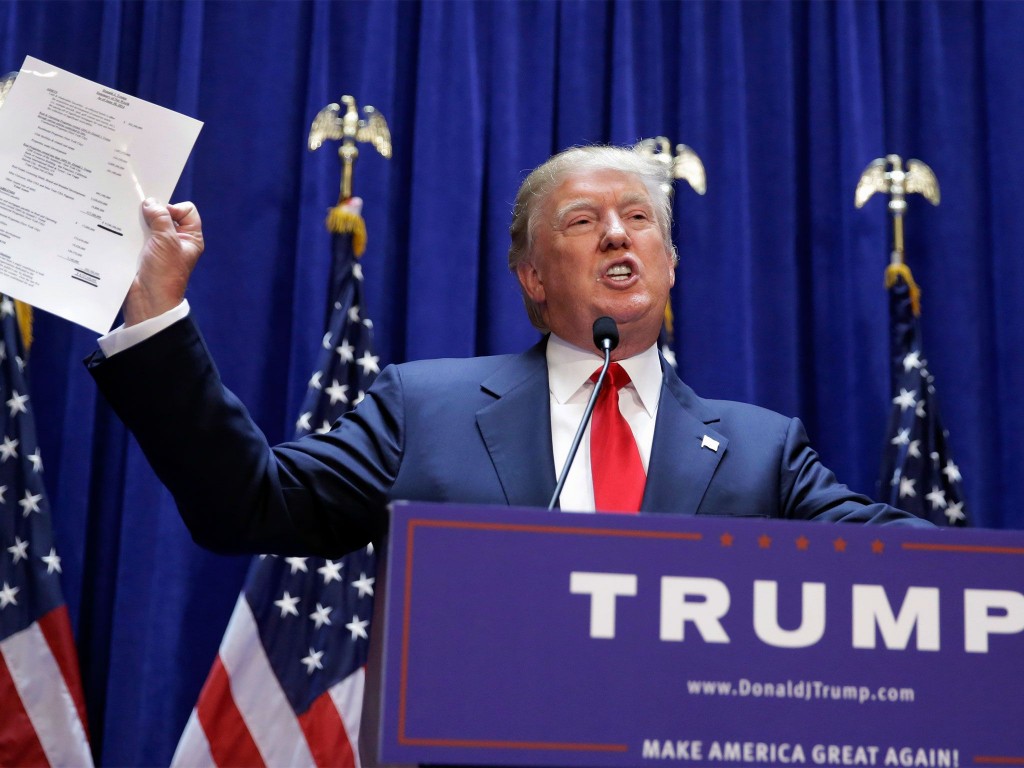 4. Haters Are a Good Thing

You’ve heard it before, but I’ll say it again. If you don’t have haters, you aren’t working hard enough. Just take a look at Trump, who has more than his fair share of them. Brand haters, who may be your competitors, not only bring you publicity, but they give you the opportunity to defend yourself, defend your brand, and take a stand for what you believe in.

People have an innate need of belonging—to feel connected and to be a part of something bigger than themselves. They don’t want to just be a Trump supporter; they want to be a part of making America great again. Being forced to defend your position opens the door for proponents and advocates to fall in love with your brand. And more importantly, it gives you the opportunity to actively engage with them. Sometimes your biggest haters are actually those who love you the most. They feel betrayed by something your brand “said” or “did”, and they are very vocally challenging you to explain your position.

Who doesn’t love a little controversy every now and then? On the campaign trail, this has been one of Trump’s driving forces. Trump likes to take sensitive issues and push them into the lime-light. While he may not choose his words wisely, he brings attention to hot topics and forces issues to be talked about. Controversy makes things interesting! In today’s attention-challenged world, reaching voters is tough, to say the least. To break through the noise, you need to catch (and keep) attention. 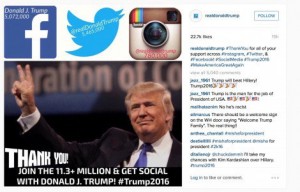 When used in moderation, controversy can positively boost buzz and force people to talk about issues products, technology, regulations, etc. Controversy opens up the floor for discussion. It makes people think, and it provides notoriety for issues that may otherwise fly under the radar. Use controversy to your advantage by engaging in friendly debate, defending your position on a particular topic, or creating the solution to the problem.

Controversy is tricky, but can be effective when used correctly. Don’t overdo it and know your limits—a lesson that perhaps the Trump campaign could take to heart. In the world of Chiropractic and natural health there are a million and one sensitive issues.  Start with topics such as; the body not needing drugs, vaccinations, organic foods, breastfeeding and daily exercise.

6. Be Everywhere Your Audience Is

The most successful brands share common traits, such as passion, uniqueness, consistency, and exposure. While exposure used to be limited to brands with deep pockets, the Internet has leveled the playing field. Anyone with a website and social media account can now compete against the big players. And more importantly, the top brands have figured out how to leverage these channels to interact and engage with their fans and customers. Trump has over 5M Twitter followers, 5M likes on his Facebook page, and has passed the 750K mark on Instagram ( learn how to market on instagram)

Social channels are increasingly important when trying to connect with younger demographics. Trump, along with other candidates, understands the importance of giving everyone the means to follow his campaign and to connect with him, in the way that suits them best. While Baby Boomers may be more inclined to watch the nightly news on TV, Millennials are more likely to be scrolling through their social news feed to catch glimpses of what they missed throughout the day.

While Donald Trump is controversial, he appears authentic. He speaks his mind and remains true to himself and what he believes in. There is nothing he is unwilling to talk about and there is no subject he shies away from. Trump connects with his supporters and loves his haters. And as for his brand, it’s everywhere. Even if you aren’t bought into the media hype and haven’t shelled out $20 for one of his campaign hats, there is no denying that his marketing strategy is anything short of brilliant. And whether or not Trump wins the Republican nomination, people will be talking about him for years to come. Brands are no longer an untouchable image. They are real, reachable, and tweetable people. Engage with your customers in ways that best suit them if you hope to win their hearts.

Trump is like no one else we’ve seen in presidential politics in recent years. He seems to have absolutely no sense of regret or shame. He says what he says, he calls it like he sees it, and then he moves on, ignoring the critics. Has Trump ever apologized for anything? He seems incapable of admitting to mistakes or being wrong.

It’s hard to know when to draw the line. If you apologize too often, you’ll find yourself catering too much to customers who really don’t understand the value of what you offer. But if you don’t apologize when an apology was really warranted, you might damage your brand. You have to toe the line between maintaining your brand reputation and doing the right thing. Don’t spend all of your energy on trying to make bad customers happy.

Trump embodies the purity of a certain kind of bold, no-apologies approach to doing business. He’s almost Zen-like in his clear-headed refusal to get bogged down in details of saying “sorry.” He just keeps moving forward and on to the next deal. There’s something so refreshing about that, but not all brands can pull it off.

Whether you’re voting for Trump or not, there’s no denying that he’s a fascinating one-of-a-kind figure in American politics and business. You don’t have to become like Trump to learn from how he’s marketed himself and built his brand.

Are you ready to make your chiropractic message great again? Which one of these strategies will you implement? I’d love to hear in the comments section below. 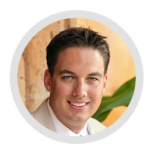 Dr. Beau Pierce is the Founder of Circle of Docs.  His expertise in digital community building paired with his medical background has catapulted him to be an in demand speaker and lecturer. His Chiropractic practice is located in Santa Maria, California where he resides with his wife and two children. 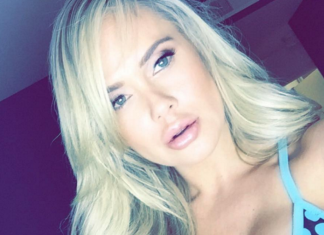 The Katie May Discussion About Chiropractic Care on Dr. Oz Show