Multivitamins in the Prevention of Cancer in Men: The Physicians’ Health Study II  Randomized Controlled Trial

Context   Multivitamin preparations are the most common dietary supplement, taken by at least one-third of all US adults. Observational studies have not provided evidence regarding associations of multivitamin use with total and site-specific cancer incidence or mortality.

Objective   To determine whether long-term multivitamin supplementation decreases the risk of total and site-specific cancer events among men.

Design, Setting, and Participants   A large-scale, randomized, double-blind, placebo-controlled trial (Physicians’ Health Study II) of 14 641 male US physicians initially aged 50 years or older (mean [SD] age, 64.3 [9.2] years), including 1312 men with a history of cancer at randomization, enrolled in a common multivitamin study that began in 1997 with treatment and follow-up through June 1, 2011.

Multivitamins are the most common dietary supplement, regularly taken by at least one-third of US adults. [1, 2] The traditional role of a daily multivitamin is to prevent nutritional deficiency. The combination of essential vitamins and minerals contained in multivitamins may mirror healthier dietary patterns such as fruit and vegetable intake, which have been modestly and inversely associated with cancer risk in some, [3] but not all, [4, 5] epidemiologic studies. Observational studies of long-term multivitamin use and cancer end points have been inconsistent. [6-12] To date, large-scale randomized trials testing single or small numbers of higher-dose individual vitamins and minerals for cancer have generally found a lack of effect. [13-18]

According to the 2010 Dietary Guidelines for Americans, “For the general, healthy population, there is no evidence to support a recommendation for the use of multivitamin/mineral supplements in the primary prevention of chronic disease.” [19] A National Institutes of Health–sponsored State-of-the-Science Conference also concluded that the present evidence is insufficient to recommend either for or against the use of [multivitamins] to prevent chronic disease. [20] Despite the lack of definitive trial data regarding the benefits of multivitamins in the prevention of chronic disease, including cancer, many men and women take them for precisely this reason. [21]

Thus, definitive information on the potential benefits, risks, or lack thereof, related to taking a daily multivitamin may have substantial effects on personal and clinical decision making and policy making. The Physicians’ Health Study II (PHS II) represents the only large-scale, randomized, double-blind, placebo-controlled trial testing the long-term effects of a common multivitamin in the prevention of chronic disease. We present the findings for multivitamin use on total and other common site-specific cancers; the effects of a multivitamin on cardiovascular events, eye disease, and cognitive decline are being published separately.

In this large-scale, randomized, placebo-controlled trial among middle-aged and older men, long-term daily multivitamin use had a modest but statistically significant reduction in the primary end point of total cancer after more than a decade of treatment and follow-up. We found no evidence that this effect was driven by any individual site-specific cancers. In prespecified analyses, we found that the effect of a daily multivitamin in reducing cancer appeared stronger among men for secondary vs primary prevention of cancer in PHS II, although this difference was not significant for total cancer but was for total epithelial cell cancer. Approximately half of those men with baseline cancer in PHS II were last diagnosed 5 years or more ago, and we found no suggestion that more remote vs proximate diagnoses affected cancer risk.

Total cancer rates in our trial were likely influenced by the increased surveillance for prostate-specific antigen and subsequent diagnoses of prostate cancer during PHS II follow-up starting in the late 1990s. [26] Approximately half of all confirmed cancers in PHS II were prostate cancer, of which the majority were earlier stage, lower-grade prostate cancer with high survival rates. The significant reduction in total cancer minus prostate cancer suggests that daily multivitamin use may have a greater benefit on more clinically relevant cancer diagnoses.

In the Cancer Prevention Study II, which followed up more than 1 million US adults beginning in the early 1980s, multivitamin use was not associated with cancer mortality. [27] The Women’s Health Initiative found that multivitamins had little or no relationship with the risk of breast, colon, or other cancers in more than 160,000 women followed up for a mean of 8 years. [9] Among 35,000 Swedish women, however, multivitamin use was associated with a 19% increased risk of breast cancer (95% CI, 1.04-1.37) during a 10-year period compared with women not using these vitamins. [8] How these results for breast and other cancers in women extend to our trial of men in PHS II remains unclear.

Other observational studies suggest protective relationships of multivitamins with various cancers, [28, 29] no association, [30, 31] and possible harm. [32] Studies with an association between multivitamins and specific cancers are typically of long duration, allowing for either a long latent period [11, 12, 33, 34] or increased statistical power. For example, increasing duration of multivitamin use was strongly associated with a reduced risk of colon cancer in 88,756 participants in the Nurses’ Health Study followed up for 15 years. [12] A long latency period was also noted in the Cancer Prevention Study II, with an inverse association between multivitamin use with both colon cancer incidence [34] and mortality [11] after more than a decade of multivitamin use; however, these findings were not supported in PHS II.

Only a few large-scale, long-term chemoprevention trials have considered combinations of selected vitamins or minerals, although not with the typical diversity of common multivitamin formulations with recommended dietary allowance levels of vitamins and minerals such as that tested in PHS II. The Linxian Chinese Cancer Prevention Trial, [35] targeting 29,584 adults with low baseline nutrient status, tested a combination of beta carotene, vitamin E, and selenium for 6 years and found significant reductions of 9% in total mortality, 13% in cancer mortality, and 21% in gastric cancer mortality. After 10 years of posttrial follow-up, the beneficial effects on total and cancer mortality remained. [36] The Heart Protection Study [37] tested higher doses of those 3 nutrients among individuals with adequate dietary intake and found no reductions in total or site-specific cancers. A meta-analysis [38] of 8 large randomized trials of folic acid and vitamin B supplementation found no effect on total cancer. In addition, the Supplementation en Vitamines et Mineraux Antioxydants (SU.VI.MAX) primary prevention trial [39] of 13,017 participants randomized to a low-dose combination of vitamin C, vitamin E, beta carotene, selenium, and zinc found no overall effect on total cancer, but there was a significant interaction with sex with a reduction in risk of total cancer in women only (relative risk, 0.69; 95% CI, 0.53-0.91).

Although numerous individual vitamins and minerals contained in the PHS II multivitamin study have postulated chemopreventive roles, it is difficult to definitively identify any single mechanism of effect through which individual or multiple components of our tested multivitamin may have reduced cancer risk. The reduction in total cancer risk in PHS II argues that the broader combination of low-dose vitamins and minerals contained in the PHS II multivitamin (eTable 2), rather than an emphasis on previously tested high-dose vitamins and mineral trials, may be paramount for cancer prevention. For example, in the Women’s Health Initiative calcium and vitamin D trial, women not taking personal supplements randomized to vitamin D (400 IU/d) and calcium (1000 mg/d) had a reduction in total cancer similar to that observed in PHS II. [40] The role of a food-focused cancer prevention strategy such as targeted fruit and vegetable intake remains promising [41] but unproven given the inconsistent epidemiologic evidence [42] and lack of definitive trial data.

One explanation for results of some previous trials of supplements has been that the trial populations are already well-nourished. [43] This may also be particularly true in PHS II, composed of male physicians, although population-based clinical trials also recruit healthier individuals. [44-46] Participants in PHS II represent on average a well-nourished population for whom the effect of a daily multivitamin on cancer outcomes may be less applicable to those of poorer nutritional status. Additional studies need to evaluate how the range of baseline nutritional status modifies the effect of a daily multivitamin on cancer.

Strengths of PHS II include the long duration of treatment and follow-up and consistently good adherence to taking a daily multivitamin. The inclusion of physician participants provided high-quality reporting of health information. We are unaware of other long-term clinical trials testing a common multivitamin in the prevention of cancer and chronic disease. We selected a commonly used multivitamin formulation, Centrum Silver, at the time we initiated PHS II in 1997 to increase the potential generalizability of our findings.

Several limitations should also be considered. The formulations of the multivitamin preparation used in our trial and other multivitamin preparations have changed over time, reflecting evolving perspectives and priorities in nutrition. For example, since PHS II was initiated, in the commercial form of this multivitamin, vitamin D increased from 400 to 500 IU, vitamin A (% as beta carotene) decreased from 5000 IU (50%) to 2500 IU (40%), and 250 µg of lutein and 300 µg of lycopene were added. However, the formulation of the multivitamin used throughout PHS II (eTable 2) remained the same, resulting in a consistent intervention in our trial. An improved understanding of the effects of single vs combined nutrients — at usual levels of dietary intake — on intermediate mechanisms leading to cancer is critically needed.

It is unclear how easily our trial results for cancer outcomes may be replicated given the high prevalence of multivitamin use in adults and difficulty of conducting a long-term, blinded clinical trial. This is especially important given the potential challenge of generalizing to younger men and women and racial and ethnic groups not included in PHS II. It remains possible that more effective chemoprevention via multivitamins may occur with longer treatment or follow-up than conducted to date in PHS II, given the apparent latent results on colon cancer and mortality in some cohorts. [11, 12, 34] This is particularly salient in our analyses of site-specific cancers, for which continued PHS II follow-up would increase statistical power and detect any emergent latent effects. Adherence remains of concern as in any long-term trial, but adherence with the multivitamin component of PHS II remained consistently good during a mean follow-up of 11 years. Drop-in rates of outside multivitamin use did increase during follow-up, paralleling general population trends of increased vitamin supplement use in the United States, [2, 47] but there were no differences in rates in active vs placebo multivitamin groups and analyses accounting for adherence did not greatly affect the HRs of total and site-specific cancers.

As in any trial, the role of chance must be considered. This is particularly important when multiple hypotheses are being addressed. In PHS II, we had only 2 primary outcomes — total cancer and major cardiovascular events. However, there are additional secondary outcomes that include eye disease, cognitive function, and a number of prespecified secondary analyses. Caution must be applied in the interpretation of these analyses.

In this large-scale randomized trial of 14,641 middle-aged and older men, a daily multivitamin supplement significantly but modestly reduced the risk of total cancer during a mean of 11 years of treatment and follow-up. Although the main reason to take multivitamins is to prevent nutritional deficiency, these data provide support for the potential use of multivitamin supplements in the prevention of cancer in middle-aged and older men. 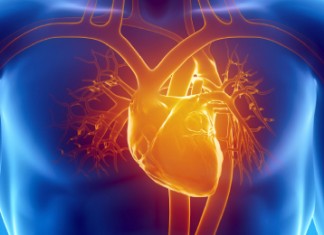 FOOD CONSUMPTION AND THE ACTUAL STATISTICS OF CARDIOVASCULAR DISEASES: AN EPIDEMIOLOGICAL...