Shriner’s Hospital for Children launches app to spot signs of scoliosis in children
Parents of growing children have a checklist of things to monitor: ears, eyes, body temperature, the works. Yet aside from scheduling a visit with the doctor, there aren’t a whole lot of ways to check for signs of scoliosis. That’s where SpineScreen enters the picture.

Developed by Shriner’s Hospital for Children, SpineScreen is a free app available from the app store and Google Play. It detects curves as the cell phone is moved along a child’s back, giving parents a quick, informal way to regularly monitor their child’s spine.

Scoliosis is an abnormal curvature of the spine that can restrict movement and in some cases lead to other serious medical conditions. It is most commonly diagnosed between 10 and 15 years of age, when children grow rapidly. Some cases can go undetected, however, and since fewer vaccinations are required at that point in a child’s life, they may see a doctor less often. That can be problematic, since early detection is key.

“Shriners Hospitals for Children developed to app as a first step for parents to take to monitor their child’s spine health, and check for possible signs of scoliosis easily and quickly, on a regular basis,” Dr. Amer Samdani, chief of surgery for Shriners Hospitals for Children — Philadelphia, told MobiHealthNews. “It’s had the input of doctors and parents to make sure it’s accurate and easy to use.”

Samdani said he and his team encourage parents to check their child’s spine at least once a year, and to follow it up with a doctor. The app can’t make a diagnosis — it’s simply a tool to check for red flags — but it is user-friendly and takes only a few minutes to use, and it sets up a reminder to do a re-check.

“One of the best ways to ensure your kids have a healthy spine is to make sure they’re getting yearly spinal checks,” said Samdani. “That way, any problems are addressed in the early stages, and that’s why we created the SpineScreen app, to make this easy and quick for parents. We have found that many parents simply don’t know that yearly spine checks are key, and they come to us once they notice things like uneven posture or pain. Ideally we like to see those kids before problems become obvious.”

Those with immediate concerns about their child’s spine are encouraged to consult their healthcare provider. In the meantime, information on screenings, treatment options and the SpineScreen app can be found at shrinershospitalsforchildren.org/scoliosis.

“Although there’s no known cause for scoliosis, we do know that it’s a common condition, affecting 6-9 million Americans,” said Samdani. “We also know that it tends to run in families, so kids of parents or siblings with scoliosis need to be watched closely.” 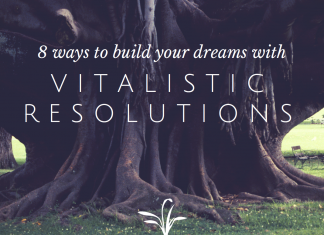 Top 8 Ways to Build Your Dreams with Vitalistic Resolutions