“Our children are being destroyed by vaccines,” says Del Bigtree, producer of the documentary Vaxxed: From Cover-Up To Catastrophe, in this epic call-to-action speech recorded at the July 1, 2016 Santa Monica Rally against CA SB277 and vaccine mandates. He tells doctors, journalists and parents to speak up and BE BRAVE and to share the Truth with everyone that vaccines are dangerous and should not be mandated.

Produced by Larry Cook
Founder and Director of www.StopMandatoryVaccination.com
Like this video? Please contribute here: www.gofundme.com/NoVaccineMandatesTranscript

There’s a lot of heroes standing here today and there’s a reason why we made the movie we made, because we have a crisis. Our children are being destroyed, families ruined across this country and across the world. I want to honor those heroes that get up every morning and face one of the most challenging experiences you can imagine, a vaccine-injured child. They smile and they take care of that child and beyond that, they have continued to warn us, to shout out from the mountain tops, to those of us with healthy children, “Look out. Be careful. This can happen to you.”

I was wondering can everybody that has a vaccine-injured family member just hold up your hands and stand up, and can everybody else just lower down for a moment and look around you? I want to honor you. You are the reason we are here. On behalf of the medical community, on behalf of journalism, I want to apologize to you personally for not listening and I want you to know that now you have been heard. Our mission with Vaxxed and this movement is to make sure that the entire world knows your story, knows your truth. Thank you for being heroes and thank you for being here today.

Vaxxed is a very simple story that our movie covers. I want you to think about what it means. We have a top scientist from the Centers for Disease Control named Dr. William Thompson that in the fall of 2014 risked his career and his life to bring forward the truth. He stood forward and he said, “We have committed scientific fraud.” On the MMR autism study, we saw dramatic increases in the risk of autism, in children that got the vaccine when the CDC told you you were supposed to get it, between 12 and 18 months.

It turns out that’s the most dangerous time to get it. In African-Americans, 2.64 times more dangerous to have that vaccine on the CDC schedule than to wait after 3 years old. Healthy children, isolated autism, children perfectly healthy for the first year of life, 7 times more likely to develop autism if they get this vaccine between 12 and 18 months versus if they’d waited until after 3 years old. When I heard that story, I said, “This is the biggest medical story in my lifetime.”

Then I watched as every single newspaper in this country, every news station and their cameras lined up here right now decided that was not a story worth telling the American people.

In July of last year, a sitting congressman, Congressman Posey, stood before the Congress of the United States and said, “I have extensively interviewed the CDC whistle-blower, Dr. William Thompson. He has provided me with 10,000 documents including internal emails. I have a body of scientists that have gone through them and I am asking the Congress because the people of America are trusting us. They’re waiting for us to do the right thing. Please, I beg, I implore you, subpoena Dr. William Thompson.”

Journalism is often referred to as the fourth estate. It’s the fourth branch of government. Thomas Jefferson said, “If you lose free press, you lose a free newspaper, you will lose your democracy.”

When I set out to make a film about the health of our children, children in crisis, I knew we had a major problem but what I discovered on this journey and the silence of our media that is now clearly owned by the pharmaceutical industry.

I want you to think about there’s a clarity between science and journalism. They both have the same principle at heart. We must always ask questions. We can never stop asking the appropriate questions. Science, the heart of science, the only way you get an Einstein, the only way you get the great science and the evolution of science is to let go of the consensus and strike out on your own and ask the appropriate questions.

What do we hear when we hear vaccines cause autism? “Oh, that’s been settled. The science is settled.” Science is never settled.

Especially for you journalists that stand up and fight when you see someone on death row and a new witness steps forward or new forensic evidence becomes available. We all stand up and say, “This trial must begin again. We must reopen this story and save this innocent victim that’s about to die.”

Where are you now when we have a new witness in Dr. William Thompson, brand new forensic evidence, 10,000 documents proving that the CDC has lied to the American people and the entire world. Where are you, fighting for truth? Where are you, asking the questions?

… at the end of our anthem, land of the free, home of the brave. Journalism, journalists, stand up, be brave. Be brave. All of you doctors that know the truth, you’re seeing these children injured. You tell me off of camera, “I know vaccines are causing autism, but I won’t say it in front of the camera.” Be brave.

Now is the time. For every actor here in Hollywood not vaccinating your child, hiding …

… being quiet, worrying about your career, stand up. Be brave.

Be brave, America. Fight. Our democracy is hanging in the balance. Our health is hanging in the balance. Our children are being sold to the pharmaceutical industry. We are being enslaved and we are standing here now together against SB277 and I want to thank Senator Richard Pan and I want to thank Ben Allen for reminding us that we can fall into tyranny again. We can have a Nazi Germany again if we don’t pay attention to our politicians and who’s funding them. Thank you for waking us up because we are going to bring you down.

Just moments before I got up here, this was handed to me. A preliminary injunction has been filed against SB277. Jerry Brown, Richard Pan, Ben Allen. You know these vaccines are destroying our children and you must halt this horrific law. You cannot take our freedom in this moment and put our children in harm’s way. We are coming after you. We are fighting for freedom and we are going to be brave. Thank you. 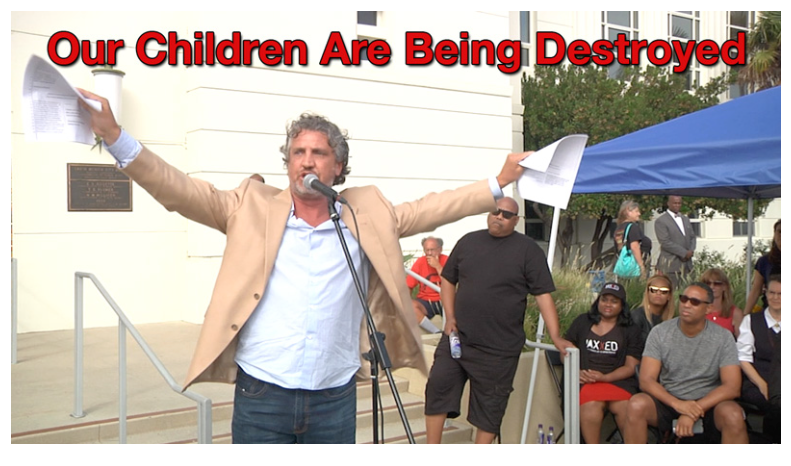 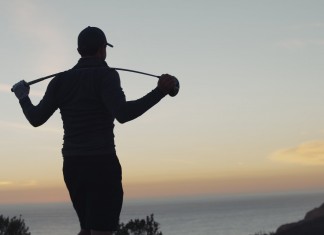 Rory McIlroy’s New Nike Commercial Shows Him Getting Adjusted….Watch for the...