Attention deficit hyperactivity disorder (ADHD) is a disability that affects between 3 and 7% of children, with a significant number of individuals continuing to be affected into adolescence and adulthood. ADHD is characterized in part by an inability to organize complex sequences of behavior, to persist in the face of distracting stimuli, and to respond appropriately to the consequences of past behavior. There are some parallels between the features of ADHD and the behavior of monkeys exposed developmentally to lead or polychlorinated biphenyls (PCBs), as evidenced by research from our laboratory. Both lead and PCB exposure produce deficits on discrimination reversal and spatial delayed alternation performance; treated monkeys exhibit deficits in their ability to change an already established response strategy and inhibit inappropriate responses. Monkeys exposed developmentally to lead or PCBs also perform differently from control monkeys on a fixed interval schedule of reinforcement, which requires the temporal organization of behavior using only internal cues. Whereas the etiology of ADHD is multifactorial, the possibility that neurotoxic agents in the environment contribute to the incidence of ADHD warrants attention. 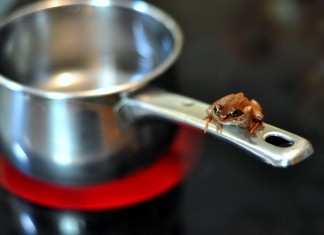