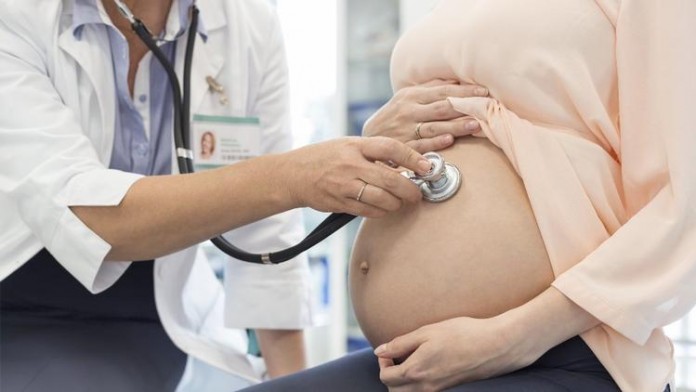 Acetaminophen has long been in the mainstay of a pregnant woman’s pain-relief arsenal, has now been linked to behavioral problems in children born to mothers who used it during pregnancy.

Research published Monday by the journal JAMA Pediatrics found that a woman’s use of acetaminophen at 18 and 32 weeks of pregnancy was associated with greater odds that when the resulting child was 7 years old, his or her mother would report a range of problematic behaviors.

“Given the widespread use of acetaminophen among pregnant women, this can have important implications on public health advice. However, the risk of not treating fever or pain during pregnancy should be carefully weighed against any potential harm of acetaminophen to the offspring,” write Evie Stergiakouli, PhD, from the University of Bristol in England, and colleagues.

The authors, who reported their findings online August 15 in JAMA Pediatrics, stress that additional studies are needed to determine the mechanisms behind the association.

Previous studies have observed associations between acetaminophen use during pregnancy and an increased risk for hyperkinetic disorders and attention-deficit hyperactivity disorder (ADHD)-like behaviors, as reported by Medscape Medical News. Further, animal models suggest acetaminophen use may disrupt endocrine production in utero, as reported here. “But association doesn’t imply causality. We wanted to know if these problems were consistent with intrauterine mechanism or recognized familial or genetic risk factors [for behavioral problems],” Dr. Stergiakouli said in an interview withJAMA Pediatrics.

Using data from the ongoing Avon Longitudinal Study of Parents and Children (ALSPAC) prospective birth cohort, the researchers assessed associations between behavioral problems in offspring at 7 years and maternal pre- and postnatal acetaminophen use, as well as partners’ acetaminophen use.

Among the mothers, 4415 (53%) reported acetaminophen use at 18 weeks, as did 3381 (42%) at 32 weeks. And 6916 mothers (89%) and 3454 partners (84%) reported using it postnatally. The behavioral status of the offspring was assessed using the Strengths and Difficulties Questionnaire (SDQ) behavioral screening tool, which showed that 5% of children at 7 years of age (mean age 79 months) had behavioral problems based on their total difficulties scores.

The analysis was repeated multiple times, adjusting for a number of potential confounding factors, including maternal age at birth, parity, socioeconomic status, smoking and alcohol consumption during pregnancy, prepregnancy body mass index, self-reported maternal psychiatric illness, possible reasons for acetaminophen use (such as migraine or infection), and genetic risk factors for ADHD, the authors report.

“The associations did not change when we included the covariates and also when we adjusted the maternal prenatal acetaminophen use for postnatal maternal or partner use,” Dr Stergiakouli said in the interview. Importantly, the results were similar after adjusting for maternal ADHD polygenic risk scores at 18 and 32 weeks’ gestation. “These results point to a true intrauterine mechanism.”

“Given that there is active brain development and growth during the third trimester, this finding could indicate that there are developmental periods when the brain is more sensitive to acetaminophen exposure,” the authors write.

Although the connection between maternal acetaminophen use during pregnancy and behavioral problems has been observed in other studies, “it was surprising [in this study] that the effects of acetaminophen were not limited, as has been reported in other studies to hyperkinetic and ADHD type disorders, but instead extended to other domains of the SDQ,” Dr Stergiakouli said.

The findings, however, are limited by the absence of information on acetaminophen doses or duration of use as well as the lack of maternal reports on the indications for acetaminophen use, although the analysis was adjusted for the most common reasons, including headaches, musculoskeletal problems, and infections.