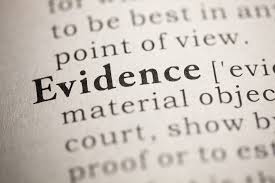 While evidence-based / evidence-informed practice is a hot topic these days, that doesn’t mean the average doctor of chiropractic utilizes EIP – much less understands how to do so. Michael Schneider, DC, PhD, assistant professor in the University of Pittsburgh’s School of Health and Rehabilitation Sciences, and colleagues hope to change all that courtesy of a grant from the National Institutes of Health’s National Center for Complementary and Alternative Medicine (NCCAM).

In this exclusive interview with DC, Dr. Schneider answers questions about their soon-to-be-conducted study, “Distance Education Online Intervention for Evidence-Based Practice Literacy” (DELIVER), which aims to “remove the mystique and misconceptions about evidence-based practice.”

Explain the process that led to the NIH awarding this grant to you and your colleagues. This grant, awarded by NIH / NCCAM, was the result of a team effort between several co-investigators representing five chiropractic colleges, as well as the University of South Australia, and me. The NIH actually consists of 27 institutes; the newest of which is the NCCAM. One of the key long-range goals of NCCAM is to enable better evidence-based decision-making regarding CAM use and its integration into health care and health promotion.

In 2007, NCCAM awarded educational research grants to four chiropractic colleges (Palmer Davenport, Western States, National, and Northwestern) for the purpose of enhancing the principles of evidence-based practice within the curricula of their academic programs. All four of these institutions developed collaborative relationships with other non-CAM universities, and have recently received a second round of NCCAM funding to continue the work they started over five years ago. That work revolved around the development of new and novel educational programs to improve the evidence based practice literacy of their students and faculty within the context of each of their respective institutions.

While attending a national chiropractic research meeting about two years ago, I just happened to be in the same room with all of the researchers from these four chiropractic institutions. At lunch, I asked each of them how well their respective programs had been working out. I got enthusiastic responses from all of them; they raved about the positive feedback they had received from their students and faculty about finally “getting the big idea” about evidence-based practice. However, that enthusiasm quickly faded when I asked the next question: “How well has this worked out with DCs in private practice?” The response was a collective “Well, we haven’t gotten around to bringing this to doctors in the field”.

That’s when an idea popped into my head: Why not get these institutions to collaborate, pool their collective experiences and brainstorm about novel ways to help DCs in private practice learn more about the principles of evidence-based practice? As fate would have it, NCCAM had just made an announcement that it was seeking applications for a grant mechanism that matched this idea. I wrote the grant with the assistance of my co-investigators, and the rest is history.

Summarize the major goals and outline the anticipated course of the study, including the general timeline. Let me answer the second part of your question first. This is a two-year grant which was just funded – effective Oct.1, 2012. Therefore, we must complete this study by October 2014. The overarching goal of this study is to help remove the mystique and misconceptions about evidence-based practice, which we prefer to call evidence-informed practice (EIP). This terminology reflects the shift in thinking that has occurred in health care; that the best research evidence is used to inform theclinical decisions that are made by a clinician and a patient.

Many DCs mistakenly believe that EIP is focused only upon cookbook guidelines and restrictions; placing unworkable limitations on their clinical practices. I will elaborate on this issue later in this interview, but let me clear the air by stating that chiropractic practice can actually be enhanced by a better understanding of the true principles of EIP.

The study actually consists of two phases, each of which has distinct goals. The first phase of the study involves DCs taking an online survey that asks a series of questions about attitudes, skills and use of EIP in chiropractic practice. This survey was originally created and validated in a population of CAM providers by Dr. Matthew Leach from the University of South Australia. Dr. Leach has degrees in naturopathy, nursing and clinical research; he is a co-investigator on our study. The survey was modified into a chiropractic version by Dr. Chris Roecker, a chiropractic researcher at Palmer Chiropractic College in Davenport. The main goal of the survey is to simply take the EIP pulse of the chiropractic profession and get a sense of DCs’ attitudes, skills, and use of research evidence in their clinical practices.

From the pool of participants who complete the survey (Phase I), we will be selecting 250 DCs who practice in the U.S. to participate in Phase II of the study. The overall goal of Phase II is to determine the feasibility and effectiveness of distance learning on improving attitudes, skills, and use of EIP by DCs in private practice. This second phase will involve randomization of the 250 DCs into two groups: One group will get immediate access to an online Foundations of EIP program (described in detail below); The other group will be wait-listed for a few months, after which they will also be given access to the same EIP program. After completing the online educational program, we will have the DCs take the original survey again to see if there has been any significant change in their responses.

The “Foundations of Evidence Informed Practice Program” is a set of online educational courses which have been approved for continuing-education credit (in most states). These online courses consist of a set of short informational modules about EIP (20-30 minutes each) produced by Northwestern Health Sciences University (NWHSU) in partnership with the University of Minnesota through one of the NCCAM funded R25 grants. Up to 10 hours of free continuing- education credit and a certificate of completion will be provided to DCs who complete these educational modules and pass the associated quizzes.

Why is a study of this nature so important to a) the profession; and b) to the practicing DC? That’s a great two-part question. Let’s first address the issue of this study’s importance to the chiropractic profession. We need to face reality: The health care world has gone bonkers over the idea of EIP. It has become the buzz-word of 21st century health care and EIP is here to stay. Therefore, it behooves the chiropractic profession to understand the principles of EIP and use them to its advantage. Most of the other major health care professions, including medicine, nursing, physical therapy, and osteopathy, have embraced the EIP movement, which has elevated their public image.

The chiropractic profession – as well as other CAM professions – has confronted and battled a somewhat negative public image of being unscientific and profession-centered. This study provides a counterpoint to that negative public image by showcasing our profession in a scientific and patient-centered perspective. For a change, wouldn’t it be nice to see our profession positively portrayed in the media as engaged in cutting-edge EIP research that is both patient-centered and sponsored by the NIH? This research study has that potential.

So, what is the importance of this study to the practicing DC? Most DCs have learned how to survive in practice by working independently and separately from the mainstream health care system. We are entering into the brave new world of Obamacare, in which the principles of EIP will be increasingly used as the basis for determining health care policy. Patients are now searching for research evidence on their smartphones and iPads, and then confronting their health care providers with EIP clinical questions. In short, DCs need to become “EIP literate” in order to stay relevant to their patients, other health care providers and the larger health care system.

This study will examine the feasibility and effectiveness of an online education program as means by which to improve individual DCs’ level of EIP literacy. The “language” of EIP is rapidly becoming the universal benchmark in health care circles around the globe. The Foundations of EIP educational modules are designed to give DCs the basic information necessary to “speak EIP” and to communicate with other health care providers and payers using this common language.

What is the appeal for a DC to participate in the study and how can they do so if interested? There are a lot of good reasons to participate. The altruistic reasons include helping to provide important data about the nature of EIP as it relates to chiropractic practice, gaining more knowledge about EIP, and improving the image of the chiropractic profession by participating in a NIH-funded research project. Participating practitioners will also have an opportunity to learn the language of EIP and develop new skills. (Those who choose to participate in the survey phase will also be entered into a drawing for a free iPad and to have the chance of being selected to get access to 10 hours of free continuing education credit.)

We are encouraging all DCs in private practice – both international and domestic – to participate in Phase I of our study by going to our research website: www.chirostudy.pitt.edu/. The homepage contains a brief overview of both phases of the study, and provides a link for enrolling in the survey – which only takes about 10 minutes to complete online. We are only surveying DCs who are in active practice; we are not collecting data from chiropractic students or faculty who are not in active practice.

Anything else you’d like to add? Yes. I think that it is critical for DCs to recognize that EIP is not restricting them to practice only methods that are absolutely 100 percent based upon research evidence. Many times the best available evidence is equivocal, conflicting, or non-existent. In these cases, we must rely on clinician experience and patient preference.

The proper use of EIP requires a delicate balancing act between three key factors: (1) clinician experience combined with (2) patient preference and (3) the best available evidence. An analogy can be made to a trio of jazz musicians: When the proper balance has been achieved between all three musicians, the result is a beautiful sound we recognize as “clinical jazz.” We need more EIP jazz musicians in our profession, and hopefully our research study will help facilitate this process.

Michael Schneider received his BS degree in Kinesiology from Cal State University at Hayward with the intention of working in the health care field specializing in sports injury and went to Life West Chiropractic College receiving his Doctor of Chiropractic degree in 1991. 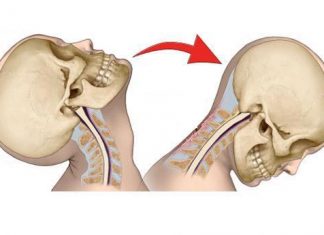