Based on case reports/series and case-control studies, an association between chiropractic neck manipulation (CM) and cervical artery dissection (CAD) has been proposed. However, questions remain as to whether CM is actually a cause of CAD, or if the relationship is the result of other extraneous factors.

Chiropractic manipulation-related CAD cases have been publicized repeatedly, in part because the affected patients are often relatively young and in seemingly good health before the incident. Nonetheless, if CM is actually a cause of CAD, the condition could potentially be prevented.

The purpose of this study was to examine the strength of evidence about whether CM causes CAD by performing a systematic review, meta-analysis and evaluation of the body of evidence as a whole. 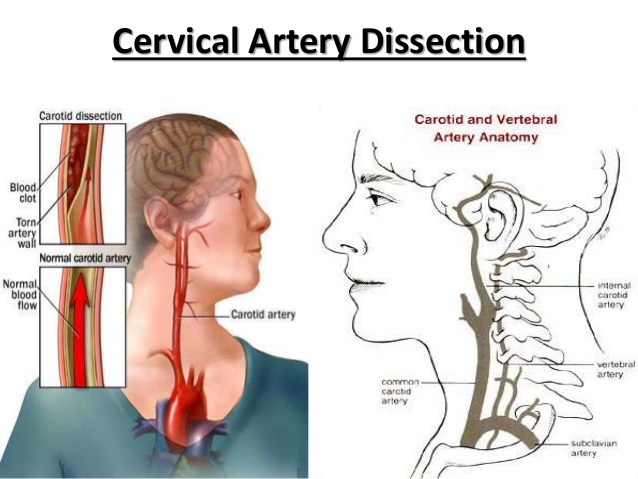 Hill’s criteria for assigning causation to an association were used to determine the likelihood of causation between CM and CAD. There are nine Hill’s criteria, including strength of association, consistency, specificity, temporality, biological gradient, plausibility, coherence, experimental evidence and analogy. Only one of the nine criteria was clearly met, four were considered equivocal due to the absence of relevant data, and four failed to meet Hill’s requirements.

The most impactful message presented in this paper is best captured in a quote from the authors themselves: “We found no evidence for a causal link between chiropractic care and CAD. This is a significant finding because belief in a causal link is not uncommon, and such a belief may have significant adverse effects such as numerous episodes of litigation.” There have been many case reports of this relationship and case-control studies have shown small associations between CM and CAD; however, the quality of the body of evidence is very low. Furthermore, because there is an association between neck pain and CAD, which leads patients to seek CM, there is a high risk of bias and confounding among the involved studies.

The authors indicated that cervical artery dissection is a rare event and CM has only been reported as being associated with CAD in 6% to 9% of cases.2 Thus, the possibility of a CAD occurring in association with CM is exceedingly rare. Nonetheless, when a patient suffers CAD in close proximity to CM, right or wrong, the practitioner may be blamed.

The best clinical strategy when performing CM is to be vigilant for signs and symptoms of CAD and when present do not perform CM; instead, refer the patient for appropriate medical care.3

A search of the Medline and Cochrane databases was conducted using the terms “chiropract*,” “spinal manipulation,” “carotid artery dissection,” “vertebral artery dissection” and “stroke.” Articles were included if they involved human trials that considered patients with carotid or vertebrobasilar artery dissection and recent CM. Articles that were not written in English were excluded.

This was a well-done, unbiased review that fairly considered the relationship between CM and CAD. This appears to be especially true when one considers that the authors are affiliated with highly reputable neurosurgery centers.

The studies included in this review were generally of low quality. Even the better studies that comprised the meta-analysis acquired data from health administrative databases that may have included erroneous ICD coding leading to misclassification bias.

The authors indicated that the most significant threat to drawing firm conclusions from the studies in this review is that they only point to a correlation, not a causal relationship. Furthermore, a number of extraneous variables potentially confound this relationship. The most probable confounder is the fact that 80% of patients with CAD report symptoms of neck pain and/or headache and are therefore more likely to visit a chiropractor than patients without neck pain.

Dr. Thistle is a practicing chiropractor, educator, international speaker, knowledge-transfer leader, entrepreneur and medicolegal consultant. He is the founder and CEO of RRS Education, a continuing education company providing weekly research reviews, informative seminars and  convenient online courses for chiropractors, physiotherapists and osteopaths around the world. He has lectured as a part-time faculty member at the Canadian Memorial Chiropractic College in the Orthopedics Department for 13 years. For questions, contact shawn@rrseducation.com or to learn more about RSS Education, visit www.rrseducation.com. 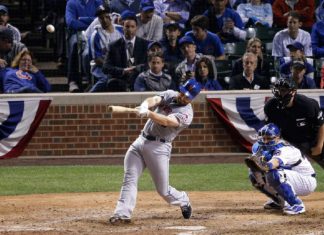 For Mets’ Infield, Chiropractor May Be the Most Important Position