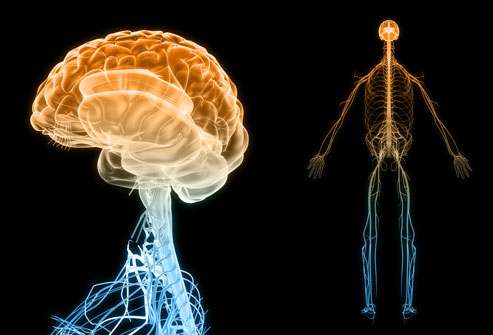 Arlene Welcha,and Ralph Booneb Author information ► Article notes ► Copyright and License information ►This article has been cited by other articles in PMC. Go to:

Chiropractors have suggested the positive effects of chiropractic adjustments on musculoskeletal and visceral health.1-3 Although there is a paucity of peer-reviewed studies in support of anecdotal perceptions, there are reports that provide evidence to support these perceptions.1,4,5 Moreover, although several studies have investigated chiropractic vertebral subluxation, spinal manipulative therapy, and cranial adjusting in relation to autonomic function,1,2-10 few studies have been done to link specific outcomes to specific levels adjusted.1,4,5 Other studies have given mixed support to the view that the response of the autonomic nervous system is related to the region of the spine adjusted.1,6,7,11 Despite the limited evidence suggesting that changes in autonomic activity are consistently linked to chiropractic adjustments, autonomic mediated reflex responses including changes in heart rate, blood pressure (BP), pupillary diameter, and distal skin temperature, as well as, endocrine and immune system effects, have been clearly demonstrated.1,6,7,11-14Certain of these findings, such as heart rate, BP, and skin temperature, are consistent with observations of chiropractic clinicians regarding the possible relationship between spinal dysfunctions and visceral disorders, keeping in mind that, in this article, “the bulk of the positive data obtained was elicited with noxious stimulation….”1

The parasympathetic nervous system arises from the cell bodies of the motor nuclei of cranial nerves III, VII, IX, X, and XI in the brainstem and from the second, third, and fourth sacral segments of the spinal cord. The parasympathetic nervous system is known as the craniosacral flow. The cell bodies of the sympathetic fibers are in the lateral horns of the spinal segments T1 through L2, the so-called thoracolumbar outflow.15Because of the proximity of the upper cervical vertebrae to the brainstem, parasympathetic influences dominate these segmental levels; and therefore, a cervical adjustment could likely result in a parasympathetic response (slowing down of heart beat, lowering of BP, constriction of pupils). In those spinal regions where sympathetic innervation is substantial (upper thoracic and upper lumbar), a chiropractic adjustment could elicit a sympathetic response (stimulation of heart beat, raising of BP, dilation of pupils). Previous research has demonstrated the existence of spinal reflex centers and a measure of segmental organization where sympathetic mediation dominates.1 A segmental organization has not been apparent in the parasympathetic outflow.1

It was hypothesized that, if a thoracic segment was adjusted, a sympathetic response would be elicited because the sympathetic fibers go through the L2-3 interspace and because the upper thoracic, especially the C7-T1 junctions, involve the stellate ganglion that stimulates the sympathetic chain ganglia. As well, because of the relationship of the C1 and C2 vertebrae to the parasympathetic nerve fibers associated with the brainstem, it was hypothesized that, if an upper cervical segment was adjusted, a parasympathetic response would be elicited. The objective of this study was to investigate responses, pre– and post–cervical and thoracic chiropractic adjustments, in relation to the classic thoracolumbar-sympathetic and cervical-parasympathetic pathways.15

The Institutional Review Board of Sherman College of Straight Chiropractic provided approval of this study, and informed consent was signed by all participants. The first 40 volunteers meeting the inclusion criteria of being between the ages of 21 and 55 years, nonhypertensive, and with no history of heart disease were entered as participants in the study. Each of the 40 participants was evaluated over 5 visits spanning 2 weeks per subject between July 2005 and May 2007. Baseline characteristics were asymptomatic men or women between the ages of 25 and 55 years (men, mean ± 6.50 SD; women, mean ± 5.83 SD). Each participant was evaluated by one or more of the following preadjustment and postadjustment assessments.

Chiropractic assessments included motion and static palpation, leg length symmetry measurements, and thermography.16 When assessments indicated the need for an adjustment, the force was administered according to the diversified technique methodology. Systolic and diastolic BP and pulse rate were measured using a digital BP device (Marshall 97 Auto Oscillometric Electronic Digital BP and Pulse Monitor; Omron Healthcare, Inc, Vernon Hills, IL). Blood pressure was taken on the left arm of the participant, measured one time preadjustment and one time postadjustment. Heart rate variability (HRV) refers to the beat-to-beat variation in heart rate. Five-minute recordings yielding power spectral analysis of HRV were obtained using the Active ECG instrument from BioCom Technologies, Poulsbo, WA. On the day that an adjustment was scheduled to be administered, the participant, after having his or her BP measured and while still in the seated position, had a self-adhesive electrode attached by taping it to the left wrist, over the radial and ulnar arteries. Participants were assessed approximately the same time of day, each recording within 15 minutes. A recording time of 5 minutes was followed throughout the study. Each participant was assigned a specific time to be adjusted to maintain constancy in regard to the known diurnal effect that has been associated with HRV.17 After the adjustment, within a 10-minute time frame, the same protocol as described above was repeated; and data were recorded as postadjustment.

Pre- to postadjustment changes were analyzed by Student repeated-measures t test (<.05). Clinical effect (mean 1 − mean 2/SD of mean 1) was also used in the interpretation of data. Clinical effect is a measure of the strength of the relationship between 2 variables. Statistical significance tells how likely it is that an observed finding could have occurred by chance, whereas effect size measures the magnitude of a treatment effect.19

The first 2 visits established preadjustment/baseline findings including BP, pulse rate, and HRV. Participants were assigned to a group based on their subluxation findings determined by the assessment protocol (previously described in “Methods”). On the third and fourth visits, each subject received an adjustment to either a cervical or thoracic segment, as indicated. The fifth visit consisted of recording postadjustment findings. The time between preadjustment and postadjustment visits was 1 week. Postadjustment BP, pulse rate, and HRV components were determined among subjects and compared with their respective preadjustment findings. The adjustment administered was either a supine diversified cervical adjustment or a prone diversified thoracic adjustment.

Changes in pre- and postadjustment findings for the measured autonomic responses are shown in Tables 1 and 2.

Among the 40 participants, only 7 of those receiving adjustments were also subjected to HRV analysis. Information relevant to the objective of this study regarding HRV is presented in Tables 1 to 3.

Hence, although the HRV components of the SDNN and total power, both pre- and postadjustment (Table 1), exhibited statistically significant differences between the cervical compared with thoracic groups, those differences were accompanied by small clinical effects (ES).

Among those individuals receiving thoracic adjustments, the findings indicated that the responses were sympathetic in nature. There were no statistically significant changes in regard to BP parameters. There was a substantial decrease in pulse pressure, although not statistically significant, accompanied by a moderate clinical effect. Consequently, because the clinical effect is a measure of the strength of the relationship between 2 variables rather than revealing how likely it is that an observed finding occurred by chance, in many cases, it is a better measure of research outcomes because indices are independent of sample size.18

A significantly higher level of activity was observed between both pre- and postadjustment cervical SDNN when compared with pre- and postadjustment thoracic SDNN. In and of itself, this finding is not clinically significant because both groups were within the reference range of healthy subjects regarding SDNN.18 Moreover, although both groups demonstrated decreases in SDNN activity postadjustment, these changes represented small clinical effects. However, a recent study showed a significant relationship between subjects’ anxiety and low HRV, possibly explaining the significant readings.21 This relationship existed independent of age, sex, heart rate, and BP. The present study showed a similar association between parameters of HRV, as changes occurred irrespective of sex, age, or time between pre- and postadjustments for recording the changes. Furthermore, people with low HRV were shown to have more stability in their HRV scores than healthy subjects.21 Because the subjects in this study reported no health problems, this may explain a greater fluctuation in the SDNN and total power levels of activity.

The observations of this study suggest that cervical adjustments could manifest a shift to parasympathetic dominance, whereas thoracic adjustments could manifest a shift to sympathetic dominance. Furthermore, these responses, sometimes significant and other times yielding a moderate to large clinical effect (ES), but not statistically significant, serve collectively to further suggest a specificity of autonomic responses in relation to the segment(s) adjusted. An additional observation is that, because of the large range of normal in regard to the components of HRV, significant change can occur while the results are still within reference range, thus leading to misinterpretations of significant changes, when in fact they may be normal adaptive responses to an external force. This study was limited by the fact that, out of 40 subjects, only 7 received HRV analysis. Because most of the information regarding parasympathetic/sympathetic balance arise from that assessment, it will be imperative that future studies use this technology.

Future study requires randomized trials with a larger population receiving adjustments and with all participants being assessed with HRV recordings. Because most of the subjects in this study exhibited normal reference ranges in the parameters studied, future study should also include subjects with predetermined dysfunctional autonomic tone.

In summary, we found that diastolic pressure dropped significantly postadjustment among those receiving cervical adjustments, which was accompanied by a moderate (0.50) clinical effect (ES), and that pulse pressure (systolic − diastolic) increased significantly among those receiving cervical adjustments, accompanied by a large ES (0.82). Although the decrease in pulse pressure for those receiving thoracic adjustments was not statistically significant, the decrease was accompanied by a moderate ES (0.66). When LF/HF dropped in the cervical group, it was due to either a larger increase or a lesser decrease in parasympathetic activity when compared with sympathetic activity. The converse relationship was observed in the group receiving thoracic adjustments. This study could have the benefit of leading to a better understanding of the effects of chiropractic adjustments and autonomic responses regarding organ dysfunctions in general.