Circle of Docs
Home Doctors The Rise of Functional Medicine 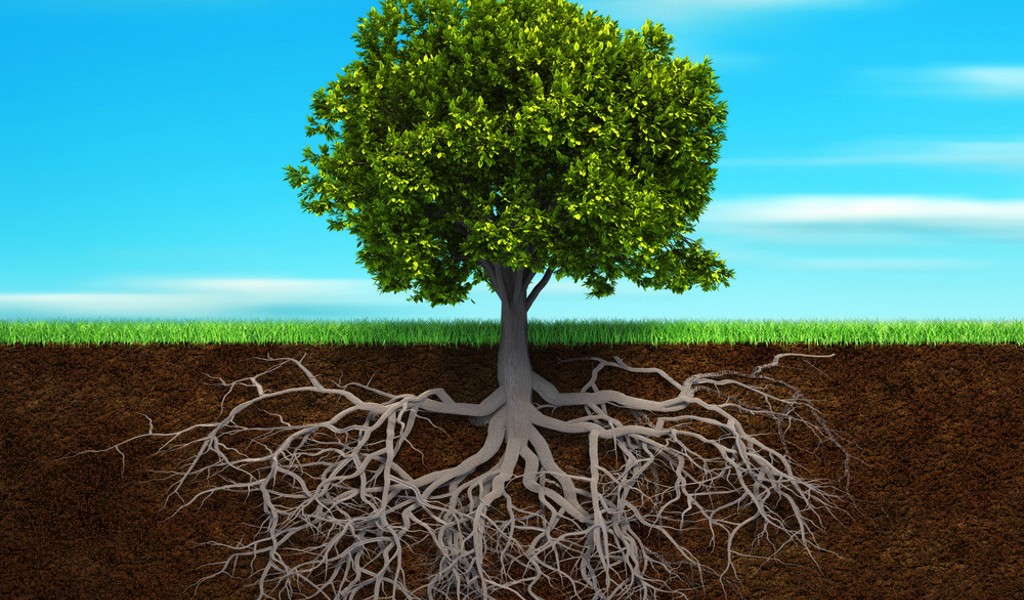 By the end of 2014, Trina Mills, of Parker, Arizona, had given up on conventional medicine. She’d been diagnosed with a thyroid disorder 17 years earlier and taken medication ever since without feeling her symptoms of fatigue, muscle aches and stomach problems ever fully subside. She’d visited endocrinologists, gastroenterologists and a half-dozen other specialists, each of which offered a different diagnosis and prescribed a different drug.

At one point, she had her gallbladder removed. At another, her doctor suspected she had bleeding in her brain and sent her for a computerized axial tomography (CAT) scan. Some thought she was a hypochondriac; others said she was depressed. “I would tell them, ‘I’m just depressed that you can’t figure out why I’m so sick,’” she says.

Weighing a skeletal 82 pounds, the 54-year-old mother of three finally wrote out a living will and braced for the inevitable. Then she heard of a new Center for Functional Medicine opening at the prestigious, century-old Cleveland Clinic. As the first clinic of its kind to open at an academic medical center, it promised to look at the underlying causes of disease, while focusing on the whole person, rather than isolated symptoms.

Intrigued, Mills caught a flight to Ohio and soon was offering up 30 tubes of blood, stool and saliva samples, as well as an exhaustive life history. One year later, thanks to a series of personalized diet and lifestyle changes, she’s 10 pounds heavier and feels better than she has in decades. “I spent a lot of years and money in the traditional medical system and got nothing,” says Mills. With functional medicine, “In a very short time, they had me feeling nearly 100 percent.”

In the 25 years since nutritional biochemist Jeffrey Bland, Ph.D., of Gig Harbor, Washington, coined the term, this science-based, whole-body approach to addressing chronic disease has gained widespread traction. More than 100,000 physicians—60 percent of them medical doctors—have trained with the Institute for Functional Medicine he founded in Washington and New Mexico, and numerous medical schools have added its tenets to their curricula. More naturopaths and chiropractors are also distinguishing themselves with a functional medicine emphasis.

“It is not alternative medicine at all,” stresses Bland, whose latest book, The Disease Delusion, details how functional medicine can curb chronic diseases like arthritis, diabetes, dementia, and heart disease, which constitute 78 percent of U.S. health care costs. “It’s the basis of 21st-century health care,” he says.

For most of the 20th century, conventional medicine centered on a singular objective: Arrive at a diagnosis and treat it with drugs or surgery. Then, the alternative medicine movement proffered a toolbox of more natural therapies, including acupuncture, herbs and massage to address these same diagnoses. The 1990s brought integrative medicine, a best-of-both-worlds approach.

“While all of the above have merit, they lack the necessary guidance to help practitioners determine which tools work best for which patient,” says Dr. Mark Hyman, director of the Cleveland Clinic’s Center for Functional Medicine. “Alternative therapies and conventional treatments are tools. We need a new map that can teach us how to skillfully use those tools,” maintains Hyman. “That map is functional medicine.”

Because one chronic disease such as diabetes can have dozens of underlying causes, or one culprit such as a genetic predisposition or exposure to toxins can lead to multiple chronic conditions, functional medicine focuses on systems, rather than organs, and origins, rather than diseases. “It’s about listening to the patient’s story in a different way, where the objective is not simply about arriving at a diagnosis,” explains Bland.

Key to discovering the underlying origins of a health issue are a host of new gene, blood and gut health tests. “They allow us to look under the patient’s ‘metabolic hood’ at the genetic and biochemical factors influencing health,” says Naturopathic Doctor Kara Fitzgerald, who heads up a functional medicine clinic in Newtown, Connecticut.

For instance, certain genes influence how a person burns and stores fat. Depending on which variant a patient has, based on a genetic test, they might be guided toward a higheror lower-fat diet. Those genetically prone to difficulty in metabolizing the amino acid homocysteine (an excess of which can raise the risk of heart disease) might be advised to take folic acid supplements. 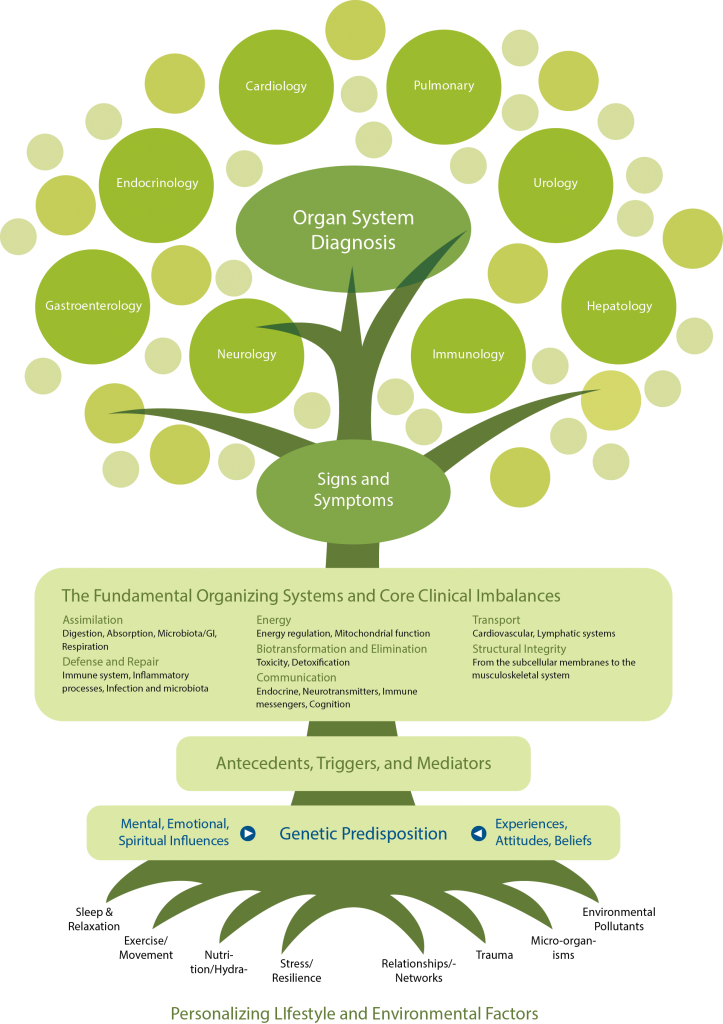 If a patient displays intractable gut problems, rather than simply look for blood or pathogens in the stool, Fitzgerald also looks at the DNA of their gut microbiome, mapping out which strains of good bacteria are present or absent and prescribing prebiotics, probiotics or whole foods to promote a healthful balance.

For another patient with thinning hair and aching joints, she might use specialized blood tests to look for micronutrient deficiencies, signs of allergies or certain autoantibodies—proteins produced by the immune system that mistakenly attack one’s own tissues—that might herald a brewing autoimmune disorder. “Research shows that predictive autoantibodies can show up in the blood 10 or even 20 years before an autoimmune disease such as Type 1 diabetes, multiple sclerosis or rheumatoid arthritis makes itself known,” says Fitzgerald, pointing to a seminal review published in 2007 in Scientific American: “If a patient with mild, early-stage symptoms is proactive with diet and lifestyle changes, they may be able to fend it off.”

High-tech tests aside, Bland stresses that what’s most important is “a tool that has been largely lost in medicine today: Knowing how to listen to the patient.”

In a typical exam, Fitzgerald thoroughly inspects often neglected body parts, including the tongue and fingernails, which can hold important clues to underlying health. She asks about past emotional trauma which might trigger chronic disease, and inquires about what environmental toxins and harmful chemicals both the patient and their birth parents may have been exposed to. One example might be a patient exposed to cigarette smoking in utero having a bias toward an allergic disease. If their parents grew up in a period of famine, they might have inherited a genetic disposition for rapid weight gain.

“She spent two-and-a-half hours with me,” in her initial consultation, recalls 52-year-old Lauren Zambrelli, of Long Island, New York, who credits Fitzgerald for helping her tame her multiple sclerosis into remission. “It was like having a sister for a doctor.”

Functional medicine doctors don’t shy away from prescription drugs when necessary, but they do lean decidedly toward the lower-tech modalities, using dietary supplements, allergen-free diets, exercise, mind-body practices and toxin avoidance as their primary tools. “We basically take out the bad stuff from the body and put in the good stuff,” says Hyman. 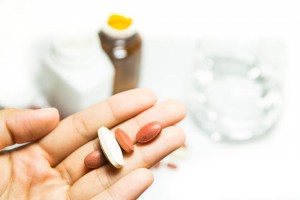 Lobby for Change
To lobby for consistent insurance coverage of more complementary therapies, check out these resources.
CoverMyCare This national grassroots advocacy campaign, a project of the Integrative Healthcare Policy Consortium, aims to support the proper full implementation of Section 2706 of the Affordable Care Act, which states that insurers cannot leave licensed practitioners like naturopaths, chiropractors, massage therapists or Oriental medicine practitioners out of their provider networks. It still lacks enforcement at the state level, although Oregon and Rhode Island recently passed legislation to fix the existing loophole; California, Hawaii, Minnesota and New Mexico are working to do the same.
American Sustainable Business Council The organization recently launched a campaign to urge insurers to cover integrative practices.

Maintaining good health is priceless, but without conventional insurance coverage, it can be expensive. While Mills’ doctor visits were covered by insurance (which is rare), she spends roughly $1,000 a month on supplements to address her diagnosed leaky gut syndrome, nutrient deficiencies and mercury poisoning. Zambrelli has paid thousands out of her own pocket, too.

Some people worry that, like most conventional physicians, some functional medicine practitioners place too much emphasis on expensive tests and too little on the most crucial and affordable remedy—self-care. “Functional medicine as a concept is an important step forward,” says integrative medicine pioneer Dr. James Gordon, founder of the Center for Mind-Body Medicine, in Washington, D.C., and San Francisco. “However, some practitioners do a lot of tests and prescribe a lot of supplements and work on cleaning out the gut, but neglect the psychological, spiritual and social issues. That concerns me.”

Bland and Hyman concede that some practitioners over-test, but say that will fade over time as they learn to better discriminate which ones are useful for specific patients. Several efforts also are underway to get more functional medicine providers and the acupuncturists, massage therapists and nutritionists they work with covered under the Affordable Care Act, which expressly emphasizes a need for more preventive medicine.

Viewing the big picture, Bland believes that functional medicine is just what the country needs to save on exploding healthcare costs. Rather than spending dollars on extraordinary measures to save heart attack victims or diabetics in emergencies, we can prevent such dire situations by identifying underlying problems sooner and halting their progression.

In the meantime, some patients are finding priceless relief. “Am I poorer right now? Yes,” says Mills. “Am I healthier? Way. It’s been so worth it.”

Lisa Marshall is a freelance health writer in Boulder, CO, who specializes in health care. Connect at LisaAnnMarshall.com. 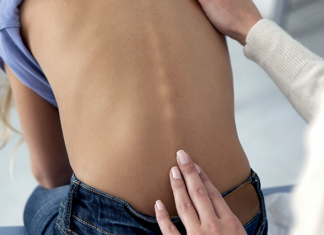