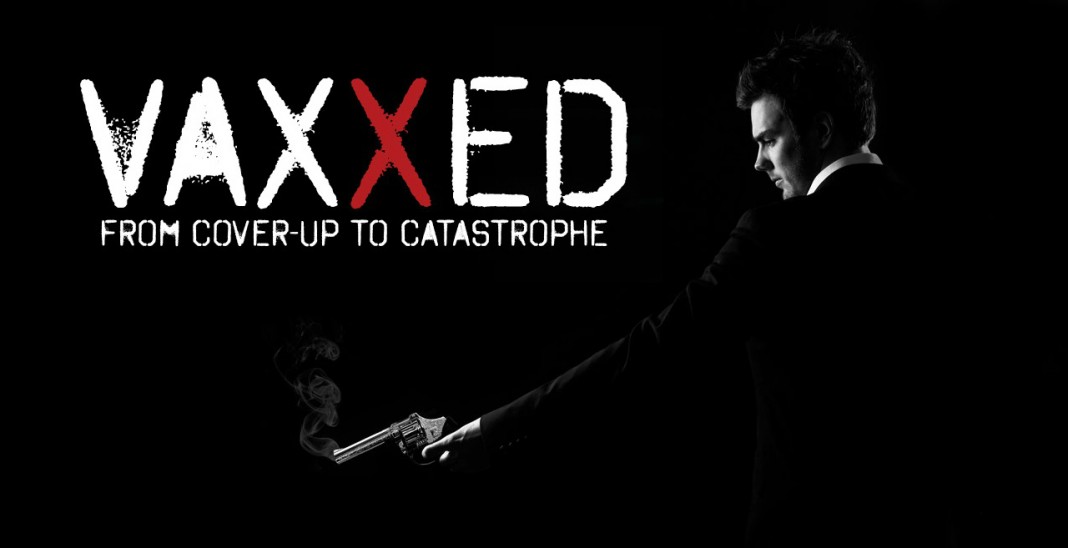 There has never been an assault against a documentary film in the history of America like the one we’ve just witnessed over the last 48 hours. The entire mainstream media waged a coordinated, simultaneous attack against the Tribeca Film Festival to censor a film none of them had even seen.

That film, of course, is called VAXXED: From Cover-Up to Catastrophe, and it documents the admission of the CDC’s Dr. William Thompson, who admitted taking part in a massive scientific fraud to conceal the truth about vaccines causing autism.

This is the first time in the history of film and media that the totality of the media establishment has condemned a film that none of them have ever viewed, desperately trying to make sure no American ever witnesses the hour and a half of film footage that is now “forbidden” to be viewed in a nation founded on free speech.

A statement has been posted on the VAXXED documentary website:

It is our understanding that persons from an organization affiliated with the festival have made unspecified allegations against the film – claims that we were given no opportunity to challenge or redress. We were denied due process.

We have just witnessed yet another example of the power of corporate interests censoring free speech, art, and truth.

Tribeca’s action will not succeed in denying the world access to the truth behind the film Vaxxed.

Sources report that Robert De Niro and his wife spoke directly with U.S. Congressman Bill Posey for approximately one hour on Friday, during which De Niro was given numerous assurances by Congressman Posey that the CDC whistleblower, Dr. William Thompson, really did confess to taking part in massive scientific fraud to conceal the links between vaccines and autism. It was based in part on this assurance that De Niro originally backed the film’s screening at Tribeca. 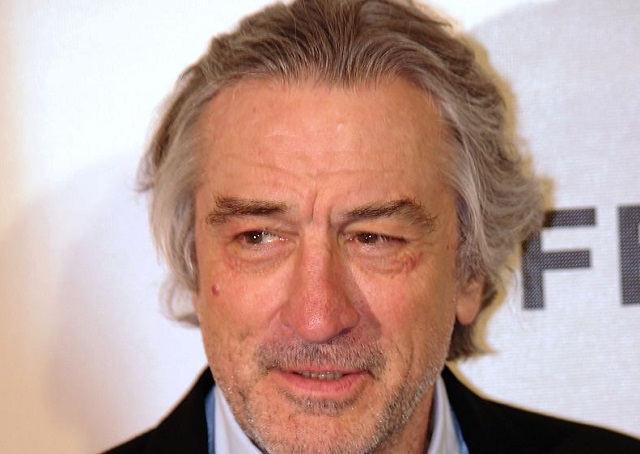 But hours later, somebody got to De Niro. Somebody powerful and connected whom we believe threatened Robert De Niro into silence. This mysterious conversation has not been revealed. De Niro has not released the names of those from the “scientific community” who threatened him, nor have the VAXXED filmmakers been offered any ability to respond to whatever accusations may have been falsely leveled against the film.

Total secrecy: Who got to De Niro, and what threats were made against him?

The silencing of VAXXED, in other words, was carried out with the same secrecy under which the entire vaccine industry operates. There is zero transparency, no due process, no discussion and no debate. Robert De Niro may have even been death threated by the vaccine establishment — an industry already steeped in the maiming and murdering of children worldwide. To silence this powerful film, they would stop at nothing… not even threatening Robert De Niro with destroying his professional career or possibly his life or family.

This is the vaccine mafia at work: Threatening people into silence, censoring a powerful documentary, leveling secret accusations in secret meetings, all while ridiculously claiming they alone have a monopoly on scientific truth which can never be challenged, debated or even questioned by anyone.

In the coverage of all this, we just witnessed the mainstream media committing CREDIBILITY SUICIDE. The entire media just followed in the footsteps of North Korea or Communist China, ordering a film festival to censor a documentary that’s so powerful, it threatens the cascade of lies propping up the fraudulent vaccine industry and all its hidden truths (that are about to be exposed).

The same Tribeca Film Festival that happily previewed films like “37 USES FOR A DEAD SHEEP” and “TICKED-OFF TRANNIES WITH KNIVES” has decided that the VAXXED documentary is too dangerous for the public to be allowed to view. But this was not a decision reached with rationality and truth: It was arrived at via the process of media totalitarianism — intimidation and threats aimed at Robert De Niro to force him to silence this film and withdraw it from the festival.

And so for daring to support freedom of expression on this monumental issue the vaccine-pimping media has desperately tried to conceal, De Niro finds himself in a firestorm of accusations and condemnation by the very same media that also blackballed every single story about CDC whistleblower Dr. William Thompson.

What’s so dangerous in this film that no citizen shall be allowed to view it?

Meanwhile, every thinking American has now come to the realization that the vaccine industry is run like a MAFIA and is wholly incapable of withstanding even a single low-budget documentary that, frankly, few people would have ever heard about if not for this outrageous censorship effort. Now, the American people are asking the commonsense question: “What’s so dangerous in this VAXXED film that we aren’t allowed to see it?”

Does the film show people being beheaded by terrorists in bloody machete scenes? Nope, for that you have to watch CNN and other mainstream media outlets.

Does the film feature lunatic quacks spouting total nonsense and gobbledygook? Nope, because if it did, the vaccine industry would want EVERYONE to watch it!

Does the film fabricate total lies and present them as truth? Nope, to see that, you have to watch all the leftist Hollywood revisionist history films like “TRUTH” (which is full of lies, paradoxically).

VAXXED, it turns out, is dangerous because it is credible. It is being attacked and censored precisely because it threatens to crumble the great scientific Berlin Wall of the vaccine industry… an industry built almost entirely on lies, cover-ups, censorship and systematic intimidation.

In fact, all this is on full display right now as you watch this story unfold. The media obediently attacks De Niro while vaccine totalitarians demand absolute censorship of a film they’ve never even seen. They can’t name in particular statement in the film that’s dangerous or false; they are attacking the entire film by essentially demanding that no questions ever be allowed to be asked about vaccine safety. Just the mere existence of the film is, all by itself, a serious threat to the entire vaccine industry. 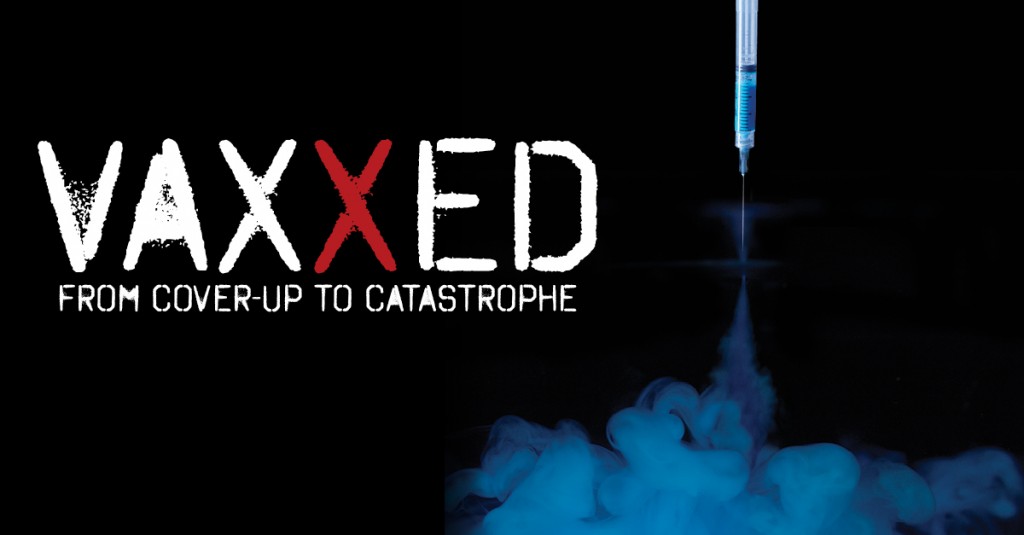 All this, of course, is nothing short of “scientific intolerance” and cognitive bigotry on parade. For the vaccine industry to even claim that its products are backed by “science” is wholly laughable. Real science, as everyone knows, is unafraid of scrutiny and debate. Real science welcomes debate because real science can defend itself. Any industry claiming to have “science” on its side which is simultaneously terrified of a scientific discussion isn’t based on science at all.

If you ever needed a reason to see the VAXXED documentary, you now have the best reason of all: This is the film that you’re never supposed to be allowed to witness with your own eyes.

In a film industry filled with wanton violence, on-screen rapings, beheadings, bloody war scenes and scenes of torture, the single most dangerous film you’re not allowed to see is one that presents an idea.

That idea is based on a simple scientific truth about vaccine dangers, and it’s considered so dangerous to the vaccine establishment that it must be banned at all costs, even if it means threatening Robert De Niro with being destroyed or perhaps even physically harmed.

When the vaccine industry resorts to outright censorship and intimidation tactics against film organizers, you know they have something extremely damning to hide. It’s so damning that the mere utterance of a few words in the film apparently threatens to destroy the entire cesspool of lies upon which the vaccine industry was built. Words of truth are so dangerous to the vaccine industry that all such words must never be uttered on film, lest people wake up to the reality that their own children are being systematically poisoned, maimed and killed — knowingly! — by the vaccine industry and its toxic interventions.

Remember: If they can get to Robert De Niro, formerly a champion of free speech and freedom of expression, they will go after anyone and attempt anything that it takes. If they have to call in bomb threats against theaters to have them evacuated, that’s exactly what the vaccine industry will do. If they have to threaten film festival producers with murder — or threaten their families with bodily harm — they’ll do that, too. There is no tactic outside the bounds of an industry that already engages in the widespread maiming and murder of children. If they will kill your child with their vaccines, in other words, they’ll think nothing of threatening a guy like Robert De Niro to get him to participate in their cover-up.

Learn more about VAXXED and vaccines at the following links: 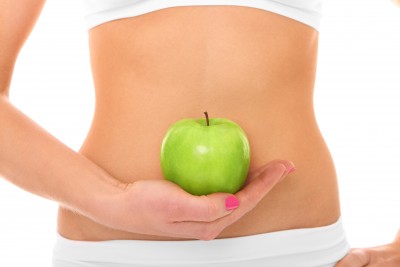 Chiropractic: Autoimmunity and the Gut…. A Connection is Made