BACKGROUND:   Spinal manipulation therapy is used by millions of patients each year to relieve symptoms caused by biomechanical dysfunction of the spine. Cerebrovascular accidents in the posterior cerebral circulation are a feared complication, but little research has been done on vertebral artery hemodynamics during cervical manipulation.

OBJECTIVE:   The purpose of this study was to develop an experimental model for investigations of volume blood flow changes in the vertebral arteries during premanipulative testing of these vessels and during spinal manipulation therapy of the cervical spine.

DESIGN AND SETTING:   An experimental study in a university biomedical laboratory.

MATERIAL AND METHODS:   The vertebral arteries were exposed in 8 adult pigs after extensive mediastinal dissection. Volume blood flow was measured on both sides simultaneously by advanced transit-time flowmetry.

CONCLUSION:   We present an experimental model for investigations of vertebral artery hemodynamics during biomechanical interventions. We found a modest and transient effect of cervical manipulation on vertebral artery volume flow. The model may have further applications in future biomechanical research, for example, to determine whether any of several spinal manipulative techniques imposes less strain on the vertebral artery, thereby reducing possible future cerebrovascular accidents after such treatment.

From the Full-Text Article:

This experimental study demonstrated that cervical manipulation had a modest effect on vertebral artery blood flow, which increased by approximately 20% after 20 to 40 seconds, after which it returned to baseline values. In a previous investigation we measured flow velocity in the human vertebral artery by means of a noninvasive color-coded duplex technique before and after cervical manipulation and found no change. [14] A shortlived effect similar to these experimental findings could have passed undetected in the human study, since we, because of the blinded design, measured flow velocity only twice, immediately before and 3 minutes after cervical manipulation. However, flow changes of a magnitude similar to that in the experimental setting presumably will have very little clinical consequence in patients.

It is claimed that much more research needs to be done before more rigorous recommendations can be made regarding the use of spinal manipulation therapy. [15] Further research is needed within the area of ischemia related to the cervical spine and with regard to efficacy of adjustive techniques, [16] just as it needs to be clarified whether any of the many variations of spinal manipulation possesses unique characteristics. [17] We present an experimental model for basic investigations of vertebral artery hemodynamics, which may be used to elucidate some of these questions. We recognize that animal models have limitations because of difficulties in extrapolating results from one species to another when one of them is human. In experimental biomechanical and hemodynamic research, results should be discussed critically simply because most animal models are quadruped, in contrast to the human biped. However, we used the pig in our experimental model because it is a popular experimental animal in Denmark and because, as in humans, the vertebral artery of the pig passes through the foramina of the transverse process of the cervical vertebrae. We therefore assumed that the mechanical stress of cervical manipulation on the vertebral artery of the pig would be comparable to that of humans. In this regard, the goat is not suitable, because the vertebral artery lies in a sulcus of the transverse process rather than passing through the foramina.

Because of widespread fear of cerebrovascular accidents from cervical manipulation, most chiropractors use one of several vertebral artery functional tests before manipulation of the cervical spine. All of these tests are subtle variations of rotation combined with neck extension. [9-10, 18] Signs or symptoms of vertebrobasilar insufficiency evoked during these tests are considered contraindications for cervical manipulation. [5, 11-12, 16, 18] However, the clinical value of these provocative maneuvers is controversial, and the sensitivity and specificity remain to be investigated. [5, 9, 12] It is generally accepted that hemodynamic causes are the major pathogenic factors of positional vertebrobasilar insufficiency in which mechanical vascular obstruction results in a reduced perfusion of the posterior cerebral circulation. [11, 16, 18-21] In this study we examined directly the volume blood flow during functional testing of the vertebral artery and found virtually no change (Fig 5).

Various studies have investigated the human vertebral artery during rotation. Decades ago, cadaver studies laid the foundation of our present knowledge. [22-23] Later, several arteriographic studies demonstrated narrowing of the vertebral artery in patients with positional vertebrobasilar insufficiency. [21, 24-25] In the past 15 years, a number of in vivo studies have used noninvasive Doppler ultrasound [26–31] to measure changes in flow velocity, a parameter that may vary extensively without parallel changes in perfusion. Perfusion relates to the volume of blood, Q, passing through the artery per time interval: Q = umean x A, where u is the blood flow velocity and A is the cross-sectional areas of the artery lumen. A change in flow velocity may thus be compensated for by a change in cross-sectional area, rendering volume flow unaltered. In the literature, we found only one study that investigated volume flow in the vertebral arteries during rotation. In 1963, Hardesty placed electromagnetic flow probes on the vertebral artery in two patients during major neck surgery and found a decrease in volume flow. [32] In this experimental study we used invasive transit-time flowmetry to measure volume flow, a method with documented accuracy and precision. [33-34] In contrast to electromagnetic flow probes, transit-time flowmetry is independent of the hematocrit fraction; it does not need zero baseline adjustment, and calibration is unnecessary because there is no drift of the recorded signal. As opposed to invasive Doppler ultrasonography, transit-time flowmetry is insensitive to the angle of insonation between the probe and the vessel because it measures the transit time for an emitted pulse from one crystal to arrive at the other crystal via the reflector and vice versa, a distance that is unaffected by the angle. Also, transit-time flowmetry is independent of vessel diameter and shape, and the probe does not have to be in direct contact with the vessel wall because acoustical coupling can be achieved with ultrasound gel. 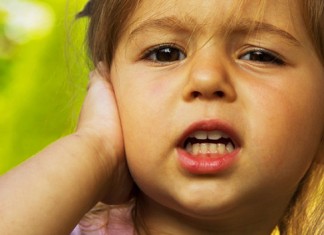