Circle of Docs
Home Doctors What Country Spends The Most (And Least) On Health Care Per Person? 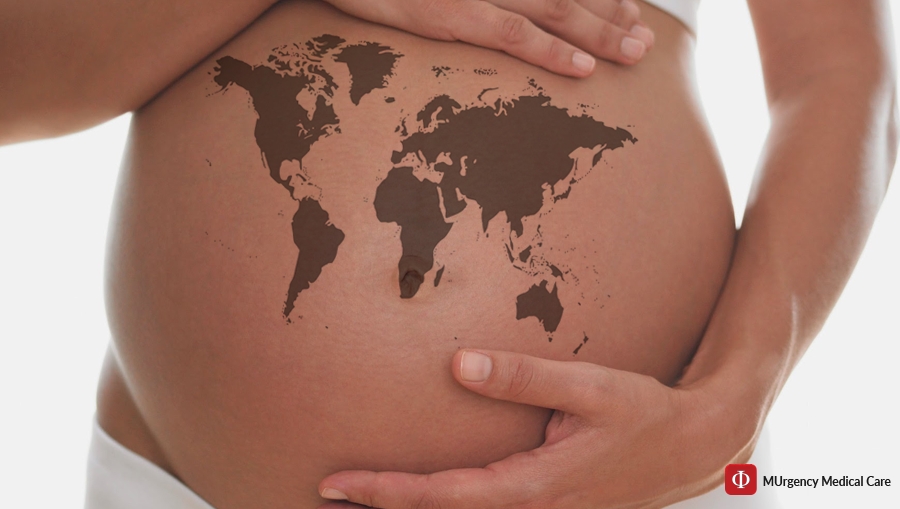 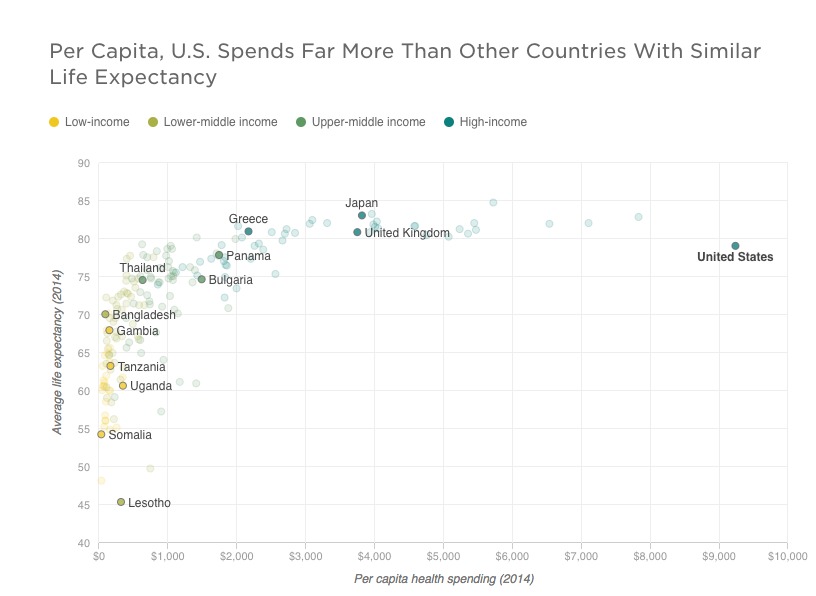 The United States spends the most on health care per person — $9,237 – according to two new papers published in the journal The Lancet.

The data covering 184 countries was collected and analyzed by the Global Burden of Disease Health Financing Collaborator Network, a network of investigators from around the world with expertise in various aspects of health care. In between those two extremes, the spending is quite literally all over the map. And the amount of spending doesn’t necessarily translate into better health care. For more insights, we spoke to Dr. Joseph Dieleman, assistant professor at the Institute for Health Metrics Evaluation at the University of Washington. He authored the two papers, one looking at health financing from 1995 to 2014, and the other estimating future health financing to 2040.

Obviously, wealthy countries spend more on health than do poor countries. Overall, where does the money come from? 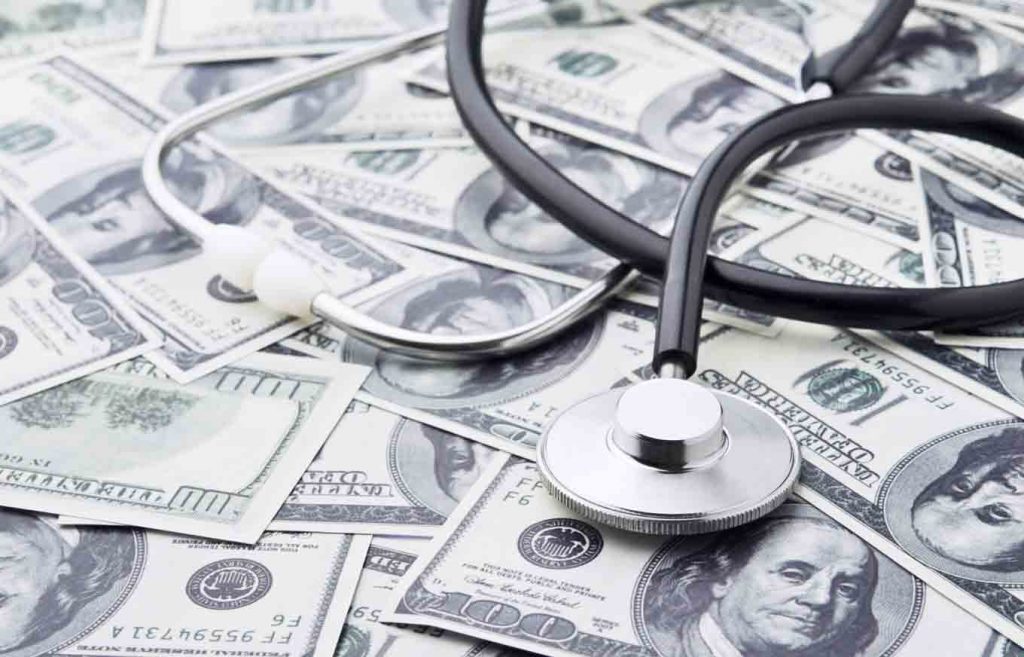 What’s the impact on health care when people pay out of pocket?

When people are paying out of pocket, the poorest people will forgo treatment — or they’ll have treatment and be thrown into poverty because of medical costs. That’s mostly a problem for poor countries, though the U.S. stands out among high-income countries as having catastrophic medical expenditures that put people into poverty.

Do measures of health, like high life expectancy, improve as medical spending goes up?

With development, health outcomes generally improve, but the U.S. is an anomaly. The U.S. and the U.K. are both high-income, highly developed countries. The U.K. spends less per person ($3,749) on health care than the U.S. ($9,237). Despite its high spending, the U.S. does not have the best health outcomes. [Life expectancy, for example, is 79.1 years in the U.S. and 80.9 years in the U.K. And while the U.S. spends more on health care than any country in the world, it ranks 12th in life expectancy among the 12 wealthiest industrialized countries, according to the Kaiser Family Foundation, a non-profit organization focusing on health issues.]

How bad are things in countries that spend very little, $100 a year or less per person, on health care?

Somalia spends the least, only $33 per person per year for health. That’s a really, really small number. And those resources don’t get equitably distributed across the country. If the country averages $33 a year, you know there are many people that get even less, if not zero in health spending. The poorest people won’t get any treatment. 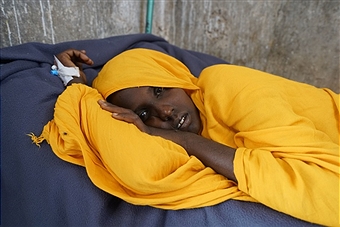 Which low- and middle-income countries are leading the way with innovative trends?

Globally, the movement toward universal health care has been powerful, especially among middle-income countries. You see a wide variety of reforms taking place. Nigeria, for example, is decentralizing the health-care system so spending decisions are made locally based on local needs. Thailand and Mexico stand out in making progress in moving toward universal coverage and insuring that the entire population has access to basic health care. Vietnam is also moving toward universal coverage. They spend only about $400 a person, but they’ve identified a manageable set of essential health care services and work to provide it for the whole population. Somalia and others can look to countries like that as examples for how to do more with less.

Susan Brink is a freelance writer who covers health and medicine. She is the author of The Fourth Trimester, and co-author of A Change of Heart. 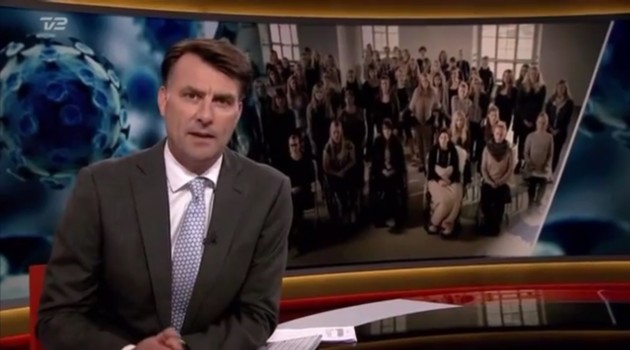 HPV Vaccinations Now Being Investigated By The European Medicines Agency