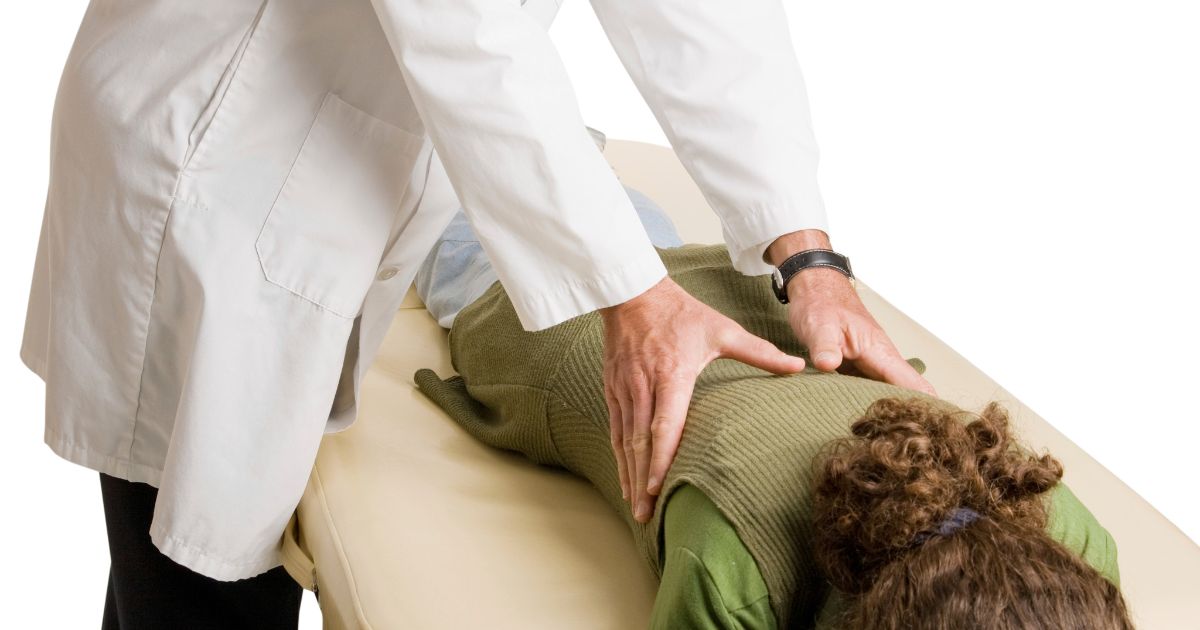 Acupuncture could be an effective alternative to prescription opioids for managing pain, evidence shows. (Getty Images)

For many Americans struggling with opioid addiction, it didn’t start with drug-filled needles or fentanyl-laced heroin, but with something far more common and less sinister: pain.

More than 30 percent of Americans experience acute or chronic pain, and as emphasis on pain treatment has grown in the last two decades, prescriptions for opioids have skyrocketed in tandem with the escalation of the opioid epidemic.

The National Institute on Drug Abuse and the National Institutes of Health have identified both opioid research and pain research as top priorities, and the epidemic has ushered in new thinking on how and when to use opioids in pain management. In 2016, the CDC released new pain management guidelines recommending that opioids should be considered for pain management only after non-opioid pharmacological treatments and non-drug treatments, or in tandem with the other methods.

As health systems and health officials work to stem the flow of prescription opioids, the shift in approach to pain management places a new spotlight on non-pharmacological therapies such as chiropractic and acupuncture that have struggled to gain recognition from the traditional health care system. As leaders in these alternative therapies and medicines seize the moment to assert their practices as effective alternatives to opioids, insurance limitations and financial barriers stand to limit patient access.

The links among pain, prescriptions and the opioid epidemic are clear, and experts say non-pharmacological therapies could reduce the number of opioid prescriptions dispensed.

Dr. Keith Overland, a chiropractic physician in Connecticut and spokesman for the American Chiropractic Association, says chiropractic care can play a significant role in pain management, working to prevent patients from obtaining prescriptions to opioids in the first place.

“This is an epidemic that is 100 percent preventable,” Overland says.

Evidence shows that chiropractic therapies – which include spinal manipulation, massage therapy, guided exercise, ultrasound and lifestyle counseling, among others – reduce pain for musculoskeletal injuries and ailments like chronic neck and back pain. 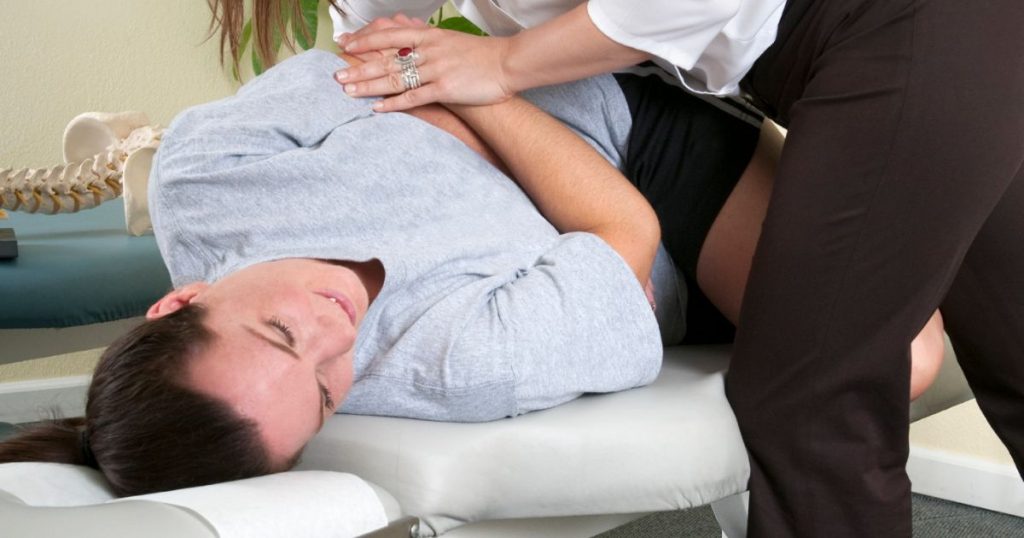 Acupuncture, a traditional Chinese medicine that involves the insertion of hair-thin needles into the skin, is done by licensed acupuncturists who often perform other non-western therapies.

Dr. David Miller, a licensed acupuncturist who became a doctor of Chinese medicine after a stint in the traditional medical system, says that like chiropractic care, acupuncture can reduce the number of opioids prescribed by treating pain naturally.

“If you can treat your pain condition with a non-opioid solution or a combination of non-opioid solutions, you’ve done 90 percent of the work right there in terms of preventing future addiction,” says Miller, who has his own Chinese medicine practice in Chicago.

Many tout acupuncture not only as a pain solution but also as a tool for focus and relaxation. While Miller says he’s seen promising evidence that acupuncture has a role in treating patients trying to break from addiction, the few studies conducted on the issue show results are mixed and more research is needed.

Dr. David Thomas, a pain and opioid researcher at NIDA, says it’s crucial to look at all options for pain treatment.

Thomas says there’s no “magic bullet” for pain, and the right treatment can be different for every patient.

While acupuncture and chiropractic therapies alone can make a difference in pain management, patients may also need other, more traditional medical care. Both Miller and Overland say they work with other health care professionals to treat patients, but getting physicians to refer patients for chiropractic care or acupuncture can sometimes be challenging.

“What I find is change is difficult, and some people have long standing biases and for one reason for another choose not to change their opinion or research that opinion to see if things have modified,” Overland says, adding that partnerships between doctors of chiropractic and physicians have strengthened over the years, citing the fact that hundreds of chiropractors are now on staff at Department of Veterans Affairs facilities.

Even if physicians are keen to refer patients out for non-pharmacological therapies, structural barriers can prevent them from doing so.

Miller, who says the relationship between acupuncturists and physicians is “evolving,” says there are no clean lines of referral between acupuncture practices and doctors’ offices. The absence of an infrastructure for the incorporation of acupuncture in the current health system can hinder doctors from referring patients to other offices.

But Miller says the biggest barrier for non-pharmacological care such as acupuncture or Chinese medicine is cost, a sentiment echoed by Overland.

Miller’s patients usually do not receive meaningful reimbursement for the therapies from insurance companies, and with acupuncture sessions ranging from anywhere around $80 to $200, cost bars many potential patients from getting treatment. Miller says doctors are also wary to refer patients to acupuncturists because of the financial burden.

Chiropractic care is covered by most insurance plans, Overland says, but is severely limited. Overland says insurance companies often put caps on visits to chiropractors instead of caps on specific treatments, something they don’t do for any other profession in medicine.

Overland says this poses a huge barrier for lower-income patients, which could drive them to use drug therapies instead. The opioid crisis has hit low-income areas of the country, such as Appalachia, the hardest.

“There’s been so much interest in non-pharmacological therapies, and yet patients have trouble accessing them because the coverage and the access to coverage and the reimbursement is simply not equivalent to the drug approaches to the pain control,” Overland says.

In September, 37 state attorneys general wrote a letter urging insurance companies to provide better coverage for non-pharmacological and non-opioid pain management therapies, citing the ubiquity of opioid prescriptions and the devastating consequences of the epidemic.

Patients on Medicare and Medicaid often have even more limited insurance coverage for the therapies.

Thomas, whose research focuses on understanding pain and pain treatment, says while comprehensive approach to pain can be expensive, society must weigh that against the human toll of the crisis.

“It is expensive to take care of people in pain and certainly if using multidimensional approaches that use pharmacology and non-pharmacological approaches,” Thomas says, noting that NIDA is looking into the reimbursement systems in place. “That will cost a lot more than just prescribing an opioid for pain, but in terms of the patient’s health and in terms of the cost to society, we have to decide whether it’s worth that cost to take care of people in pain because we’re paying a price right now for not taking care of their pain well.” 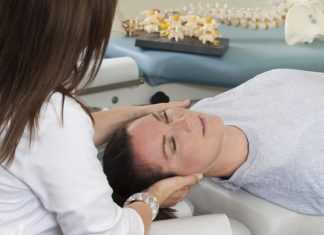 Poll: How Much Do You Charge For an Adjustment?