Dr. Dwight Lundell, former Chief of Staff and Chief of Surgery at Banner Heart Hospital in Arizona told the world not to take statin drugs. “We physicians with all our training, knowledge and authority often acquire a rather large ego that tends to make it difficult to admit we are wrong. So, here it is. I freely admit to being wrong. As a heart surgeon with 25 years experience, having performed over 5,000 open-heart surgeries, today is my day to right the wrong with medical and scientific fact.

His frontal attack on the field of cardiology tears apart the practice of prescribing medications to lower cholesterol and a diet that severely restricted fat intake. Doctors in this field have been continually bombarded with scientific literature, continually attending education seminars, all of which insisted heart disease resulted from the simple fact of elevated blood cholesterol. They were wrong. Unfortunately for too many people—dead wrong.

Dr. David Brownstein has debated publically about this issue and many people do recognize how off base the world of cardiology actually is. I have gone as far as writing an essay telling people to run from their statin prescribing cardiologist. And I have written an essay about The Statin Disaster and the recent increasing recommendation and prescription of this quite useless drug.

Magnesium, not statin drugs should be the foundation drug of for the prevention and treatment of heart disease, diabetes, and arteriosclerosis; it serves as a natural calcium antagonist, normalizes blood pressure and irregular heartbeat. Magnesium is The Ultimate Heart Medicine!

What are the biggest culprits of chronic inflammation? Quite simply, they are the overload of simple, highly processed carbohydrates (sugar, flour and all the products made from them) and the excess consumption of omega-6 vegetable oils like soybean, corn and sunflower that are found in many processed foods. Low magnesium though is the most basic culprit as is excessive irregular breathing, which reduces both CO2 and O2 levels in the body, both of which cause systemic inflammation.

Magnesium is the perfect medicine for cardiologists. It is the nutritional medicinal with pharmaceutical properties that no allopathic drug can hope to equal, yet doctors routinely ignore it. Worse, they use calcium channel blockers, statin drugs and other questionable substances with nightmarish side effects, which include suppressing already low magnesium levels.

Dr. Russell Blaylock says, “There is evidence that magnesium deficiency may play a role in atherosclerosis, also called hardening of the arteries. In one study that used experimental animals, magnesium supplementation inhibited the deposit of lipids in the walls of the aorta ­ that is, it inhibited plaque formation, a major factor in atherosclerosis. 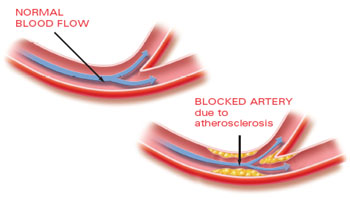 “To see if there was a relation between ionized magnesium and blood lipids (such as cholesterol), researchers examined 29 men with an average age of 72.5 years, who had impaired insulin sensitivity, a common condition in the elderly. They found that the level of blood-ionized magnesium ­ but not total blood magnesium ­ correlated closely with levels of LDL (potentially harmful) cholesterol and total cholesterol. Because magnesium is a powerful anti-inflammatory element, it would be expected to help prevent cholesterol from oxidizing; this may explain why it reduces atherosclerotic plaque in experimental animals.”

Dr. Blaylock continues saying, “In my research, I came across a study from 1959 that demonstrated some remarkable findings concerning the interrelationship between calcium and magnesium and atherosclerosis. Researchers knew from previous studies that feeding animals large doses of magnesium markedly reduced the amounts of lipids deposited in the heart valves of the left side of the heart and in the aorta. This study looked not only at lipid deposits in the wall and valves of the heart, but also calcium deposits in the kidneys, which are common in people with kidney disease associated with atherosclerosis.”

Dr. Lundell also points out that by consuming excessive omega-6, the cell membrane produces chemicals called cytokines that directly cause inflammation. Today’s mainstream American diet has produced an extreme imbalance of omega-6 vs. omega-3s. The ratio of imbalance ranges from 15:1 to as high as 30:1 in favor of omega-6. That’s a tremendous amount of cytokines causing inflammation. In today’s food environment, a 3:1 ratio would be optimal and healthy.

There is no escaping the fact that the more we consume prepared and processed foods, the more we cause inflammation in the body. The human body cannot process, nor was it designed to consume, foods packed with sugars and soaked in omega-6 oils. One tablespoon of corn oil contains 7,280 mg of omega-6; soybean contains 6,940 mg. Instead, use olive oil or butter from grass-fed beef.

Editors Note– If you are looking for more information about the benefits of magnesium, please check out what our friends over at Health Ambition recommend with their ultimate guide to using magnesium oil for health benefits.

Doctor of Oriental and Pastoral Medicine 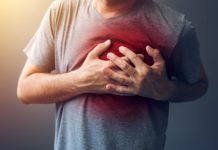 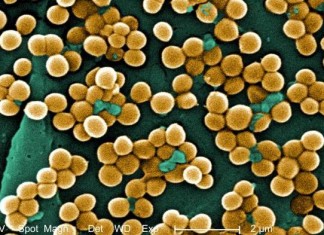 Warning: Drug-Resistant Bacterial Apocalypse Is On The Horizon