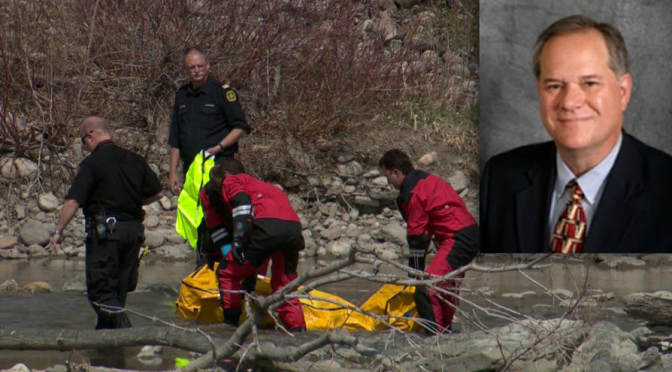 The trillion dollar medical industry is not about to give way to more humane healthcare treatments yet. A number of holistic doctors, one of whom was doing extensive research about the root causes of autism, were found murdered in Florida and other states.

1) June 19th, 2015 – Dr Bradstreet, formerly of Florida and now practicing in Georgia, was found with a gunshot wound to his chest in a river. The small town locals ruled the death almost immediately as a suicide, but many have their doubts. This same day in Mexico three doctors were traveling to the State Capital to deliver some papers and went missing (this is the only case outside of the US). Authorities said they found the bodies, but the families say those bodies look nothing like their family members and they are demanding more proof and more testing. A sad but riveting article was written about those details here.

2) June 21st, 2015 – Father’s Day: Two chiropractors, Dr. Holt and Dr. Hedendal (both reported to be fathers), both presumably healthy and described as fit, are found dead in Florida on the East Coast. We still have no cause of death listed in the articles we can find on either one. A few people have contacted me about Dr. Hedendal, 67, but admit that they were surprised by his death and still find it shocking. I’ve been given a few potential causes of death, but I remain uncertain; even the friends sharing with me weren’t totally confident their information was correct. Interestingly, Dr. Holt (33), lived in North Carolina which is the state where Dr. Bradstreet’s body (the first doctor to be found) was discovered two days prior. Dr. Holt was visiting Jacksonville, Florida, though, when he died there. Dr. Bradstreet (see story #1) was living in Georgia, at the time of his death and before that, he lived in the neighboring state of Florida. 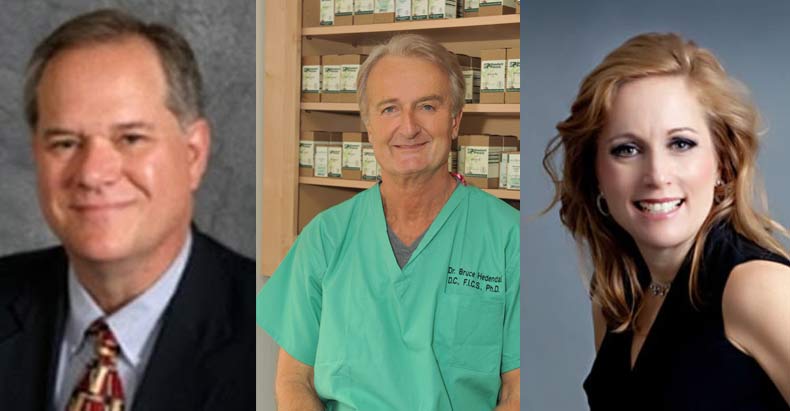 3) June 29th, 2015 – The beloved holistic Theresa Sievers, MD was found murdered in her home.  Her co-worker says she was known as the “Mother Teresa of South Florida.” Her husband and children were in Connecticut at a family reunion. The authorities have been investigating for two weeks “around the clock,” and now say that she was targeted. Her murder was not random, nor was it a home invasion; when the facts come out, “…books and movies will be written about it.”, it’s that big of a story.  On the same day, Jeffrey Whiteside, MD, a pulmonologist went missing, vanishing when he simply “walked away”. Dr. Whiteside, known for his successful treatment of lung cancer, disappeared in Door County, Wisconsin, while vacationing with family. They say he was on foot and simply vanished without a trace; numerous reports call it “mysterious,”. They’ve been searching now for two weeks, and even colleagues have joined in (along with bloodhounds, drones search parties, and helicopters) but not one shred of evidence has surfaced in two weeks.

4) July 3rd, 2015 – Dr. Patrick Fitzpatrick, MD goes missing. He was traveling from North Dakota, to neighboring Montana and his truck and trailer were found on the side of the road. The search has expanded but authorities say it’s like he vanished without a trace. He’s 6′ tall, with a goatee and an Irish accent. Details can be found in the link.

5) July 1oth, 2015 – Lisa Riley, DO (Doctor of Osteopathic medicine) is found in her home with a gunshot wound to her head. Her husband called it in to 911, he has a prior record, and he was actually charged with attempted murder on his ex, Ms. King, before charges were eventually dropped. Evidence showed that there was gun residue found on Ms. King’s hand, and not Mr Riley’s. Riley’s story corroborated this, but King’s allegedly didn’t, and her story kept changing. At least that’s what the evidence showed at the time (click link in this paragraph for their story with details). 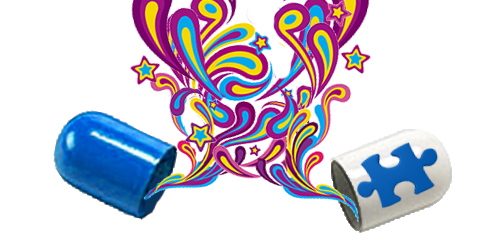 According to the mainstream media, Dr. Jeff Bradstreet was said to have been “peddling autism cure” and was under government investigation prior to his “suicide”.

“According to a federal government warrant, the offices of controversial autism doctor Jeff Bradstreet were the target in June of a search related to an experimental drug for autism. The compound, globulin component macrophage-activating factor, known as GcMAF, is one that Bradstreet reportedly used in “over 2000 children” with autism. Bradstreet, according to authorities in Rutherford County, NC, committed suicide there on June 19, after the search warrant was executed in late June.

According to the copy of the warrant provided to me by the United States Attorney’s Office of the Northern District of Georgia, the search warrant was executed at Bradstreet’s Buford, GA, ‘wellness center’ because authorities were seeking information related to “evidence of a crime and contraband, fruits of crime, or items illegally possessed” associated with violations of interstate commerce statutes covering food, drug, or other products that are “adulterated or misbranded” and with “frauds and swindles” by “wire, radio, or television.” Punishments for those convicted of these crimes can include fines and up to 20 years in prison.

The warrant specifically references GcMAF and any records related to sale, shipping, billing, and delivery of GcMAF. It also covers Bradstreet’s financial records and Internet activities.

GcMAF is thought in some circles to modulate the immune system in ways that make it a treatment for everything from autism (which some believe is immune related) to cancer. Bradstreet was the focus of GcMAF and autism in online communities, with discussions centered around “doing the GcMAF through Bradstreet” in online forums. One forum references a link to Bradstreet’s blog as having “several posts” related to GcMAF, but a search of the site in its current iteration turns up no GcMAF-related hits (ETA: Those posts apparently were deleted, but you can read some of at these links here, here, here,here, and here). At least some users who discussed doing GcMAF treatments through Bradstreet appear to have been US based and discussed traveling to his offices for the shots. The shots appear to have cost about $50 each.

Bradstreet’s name and GcMAF for autism are closely linked in online searches. He also published a paper in a now-defunct journal on the subject, and a video of Bradstreet talking about using GcMAF for autism is available on YouTube. Three studies related to GcMAF as a treatment for everything from autism to cancer have been retracted in the last year, and the UK government issued a warning about the manufacture of GcMAF after discovering that one factory producing the protein was using plasma marked, “not to be administered to humans or used in any blood products,” according to the research publication watchdog site Retraction Watch.

Bradstreet’s death has led to a swirl of online speculation about a conspiracy to murder alternative medicine practitioners, fueled by reports of the murder of Florida doctorTeresa Sievers, who is described as being known for her work with transgender patients, and the death of another Florida doctor, Bruce Hedendal, 67, who was found dead in his car, reportedly of natural causes. Hedendal reportedly served a prison term in the early 2000s for tax evasion. Bradstreet also had Florida ties.”

Dr. Bradstreet went to Rocky Broad River just to shot himself to the chest…

CHIMNEY ROCK, NC (FOX Carolina) –  The Rutherford County Sheriff’s Office said they received a report about a body in the Rocky Broad River in Chimney Rock on June 19.

Deputies said the body was found by a fisherman. The body was removed from the river and was identified as James Jeffrey Bradstreet of Braselton, Georgia. Bradstreet had a gunshot wound to the chest, which appeared to be self inflicted, according to deputies.

Divers from the Henderson County Rescue Squad responded to the scene and recovered a handgun from the rivers, according to deputies.

Bradstreet’s body was sent to Wake Forest Baptist Medical Center for an autopsy on Wednesday. The case remains under investigation.

If I want to kill myself, I’ll do it from where I am standing right now and certainly not in the chest. That’s for the other person to target.

Otherwise, they will be able to continue the slaughter:

“… apparently the holistic doctors who were all being killed in FL had found out via their research that the nagalase enzyme protein is INTENTIONALLY being added to the population via immunizations. Nagalase STOPS vitamin D from binding to the Gc protein. This completely strips a human being’s body of it’s natural ability to kill cancer cells.

Nagalase is a protein that’s also created by all cancer cells. This protein is also found in very high concentrations in autistic children. And they’re PUTTING it in our vaccines!! This prevents the body from utilizing the Vitamin D necessary to fight cancer and prevent autism. Nagalese disables the immune system. It’s also known to cause Type 2 Diabetes. So basically…they weren’t killing these doctors because they had found the cure to cancer or were successfully treating autism… they’re killing them because these Dr’s had been researching and had the evidence that the vaccines they’re injecting our precious children with are CAUSING our current cancer and autism crisis!! And that it’s obviously being done knowingly and on purpose! The Dr’s they killed in FL had been collaborating and were getting ready to go public with the information.

… Dr Ted Broer broke it on The Hagmann & Hagmann Report and it took them a whole hour just to get him on air b/c their 3 hour show was brought down and every line they tried to use kept disconnecting…and then their servers were brought down. … a full hour into the show they were finally back on the air and connected to Dr Broer and the first thing he said was “I am in no way suicidal.”

The best people to judge if the alternative treatments are indeed effective, or mere scam, are the customers themselves, and they can always go online to share the nature of their actual experience to inform or warn others.

As a practical example, If you’re an eBay seller and you have a number of negative feedbacks, you won’t be able to sell anymore.

To put it simply, our ability to broadcast our views directly to the entire planet today has rendered all economic activities to be self-regulating and government intervention is not only becoming irrelevant but is in itself suspect.

The CDC and FDA have officially admitted that vaccines still contain mercury, aluminum, virus and other carcinogens, and that these drugs are recalled only after huge money were made and countless deaths are counted.

We have reached a point where governments are rendered obsolete by prevailing technologies and are in fact actively hindering their full utilization.

The government now exclusively serves the interest of the corporations and has effectively become the enemy of the people it has sworn to serve and protect.

It’s time for us to create a new system that respects saner approaches to healthcare, food production and energy generation.

We can mitigate the effects of any chemicals and neutralized all types of parasites without using highly toxic drugs and expensive procedures, but only with a very simple and complete protocol that defeats all known and unknown diseases for good, without any long-term side-effects. Find more about it here. 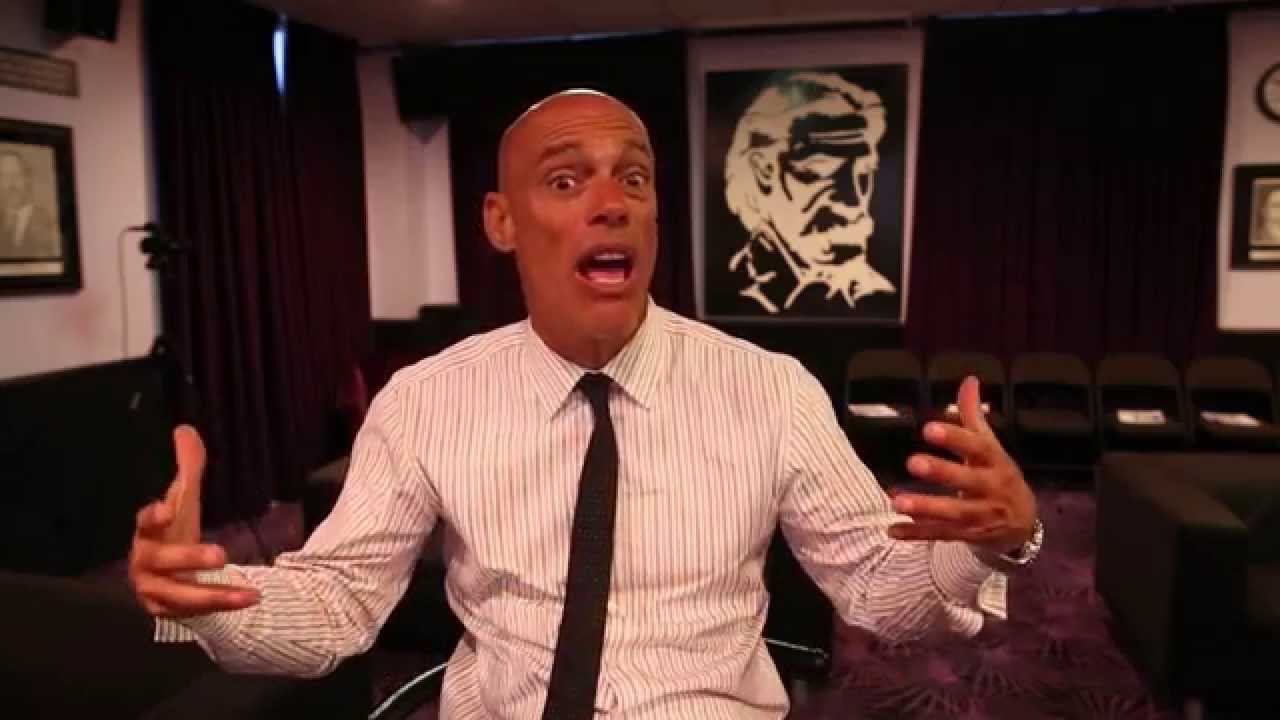