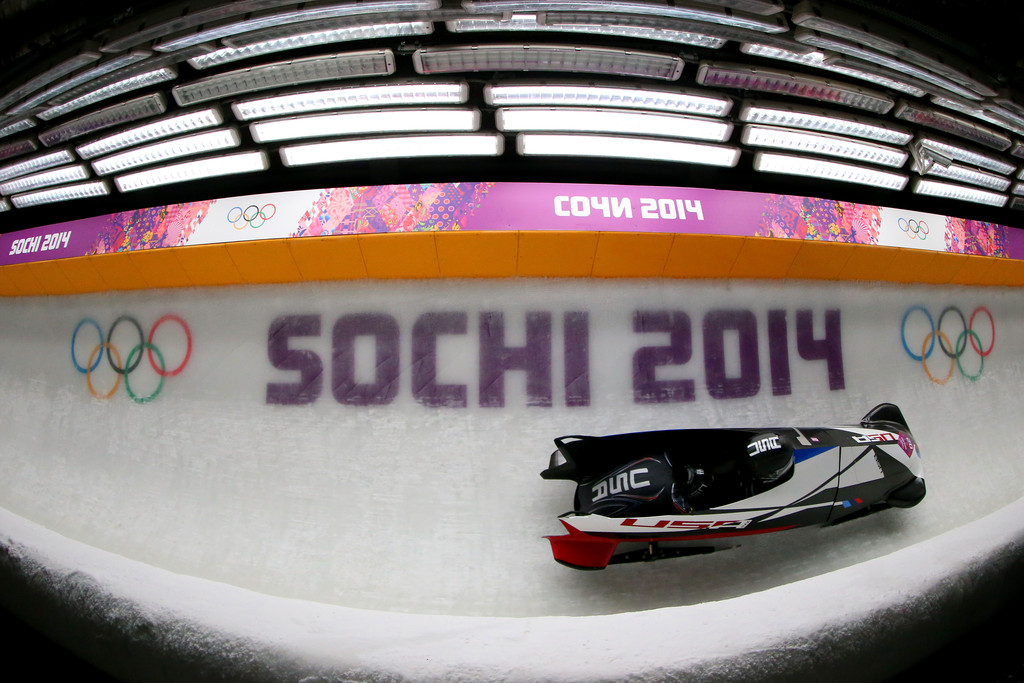 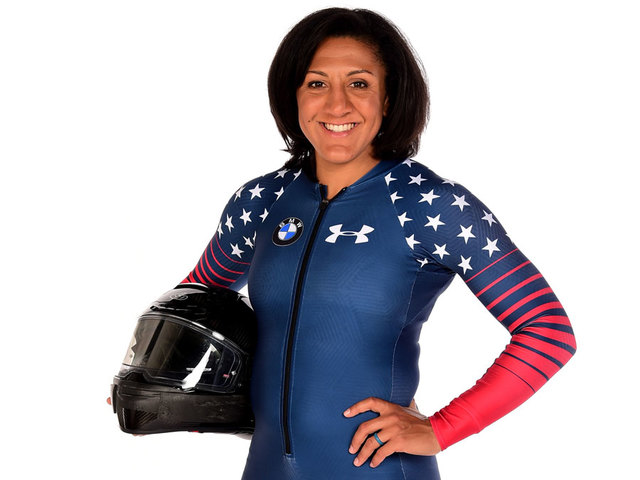 “A concussion nearly ended my career in 2015,” said Meyers Taylor, who will drive the two-woman bobsled in her third Olympics after medaling at both the Sochi and Vancouver games. “I wish I had known more about the risks of returning too quickly, and I am pledging my brain to encourage athletes in all sports and at all ages to get educated through the Concussion Legacy Foundation. I also want to support CTE research, knowing that female contact sport athletes are at risk. The long-term consequences of brain trauma are a major concern in sports, and I’m doing this for every athlete that will follow in my footsteps.” 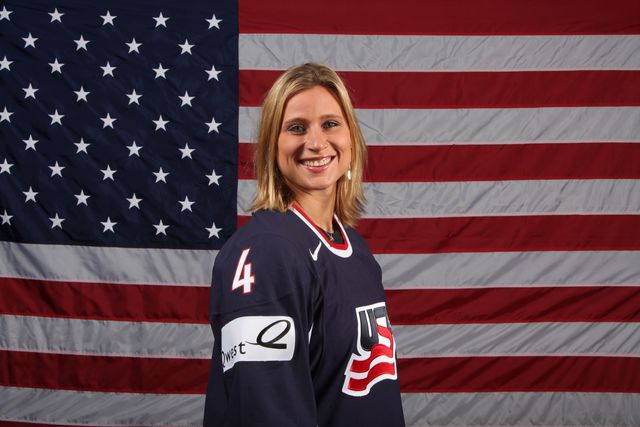 Olympic hockey player Angela Ruggiero posing for a portrait during the USOC Media Summit in Chicago.

“As a woman, I know a lot of studies skew towards male subjects, so it’s important to have more female brains to study,” said Ruggiero, who is in Pyeongchang as chair of the International Olympic Committee Athletes’ Commission. “I felt it was important for me to put my foot forward and pledge my brain to help this great cause and to learn more about the effects of sports. If it can help future generations, it’s worth it to me. I hope my actions can inspire others to do the same, specifically other athletes and specifically female athletes because any study has to have a balanced representation of both genders.”

Brain Pledge Month is part of the Foundation’s My Legacy campaign to encourage athletes to make a lasting contribution to concussion and CTE research. Brain Pledge Month will last through February, and for the first time is encouraging controls to pledge in addition to people with a sports or military background at ConcussionFoundation.org/pledge.

“We are honored to have these two Olympic superstars take the #MyLegacyPledge, and are excited to root for Elana Meyers Taylor as she goes for gold,” said Chris Nowinski, Ph.D., co-founder and CEO of the Concussion Legacy Foundation. “We appreciate their leadership and call to action to help us increase the number of female brains, as well as controls, in the brain bank in 2018.”

The Foundation also announced today the brain pledge of a third Olympian, Hayley Wickenheiser, a five-time Olympic medalist for the Canadian women’s ice hockey team. Ruggiero’s U.S. team faced Wickenheiser’s Canadian team in the gold medal game in both the 2002 and 2010 Winter Olympics. They are considered two of the best female hockey players to ever play.

More than 2,800 former athletes and military veterans have pledged to donate their brain to the Concussion Legacy Foundation since 2008, including more than 560 female brain pledges, which represents approximately half of non-football pledges received. Other prominent female athletes that have pledged include U.S. soccer legend Brandi Chastain, former USA Hockey Women’s Player of the Year AJ Griswold, and three-time Olympic gold medalist Nancy Hogshead-Makar.

The Concussion Legacy Foundation is the outreach and recruiting arm of the VA-BU-CLF Brain Bank, a partnership with Boston University and the US Department of Veterans Affairs and led by Dr. Ann McKee. The Brain Bank is now the world’s largest CTE brain bank with subspecialties in concussion, ALS, and other consequences of brain trauma. Nearly 500 brains have been donated, resulting in over 285 CTE diagnoses, which is more than 70 percent of confirmed CTE cases globally. However, fewer than 10 brains have been donated from female athletes, and there are no confirmed cases of CTE in female athletes.

Everyone who pledges their brain to the Concussion Legacy Foundation receives a personalized brain donor card and an informational packet about the brain donation process. Those who take the pledge during Brain Pledge Month are encouraged to spread the word to friends, family and former teammates about the importance of brain trauma research, and to share why they pledged using #MyLegacyPledge.

About Elana Meyers Taylor:
Elana Meyers Taylor is a world-champion athlete who started competing for the USA Bobsled team in 2007. Since then, she has gone on to win two Olympic medals – bronze in Vancouver in 2010 and silver in Sochi in 2014. In 2015, Meyers Taylor made history by winning the first world championship title in women’s bobsled for the United States. Meyers Taylor was a professional softball player prior to bobsledding, and she has also earned two caps with the U.S. rugby 7s team.

About Angela Ruggiero:
Angela Ruggiero competed in the 1998 Olympic Games as a senior in high school, and medaled in the subsequent 2002, 2006, and 2010 Olympic games. Ruggiero was the first woman to play in a regular season professional hockey game in North America in at a position other than goalie when she played for the Tulsa Oilers in a Central Hockey League game in 2005. She was the fourth woman ever to inducted into the Hockey Hall of Fame in 2015. Ruggiero now serves on the Executive Board of the International Olympic Committee and is the Chairperson of the IOC Athletes’ Commission, the body that represents all Olympic athletes worldwide. Ruggiero is the co-founder and CEO of the Sports Innovation Lab.