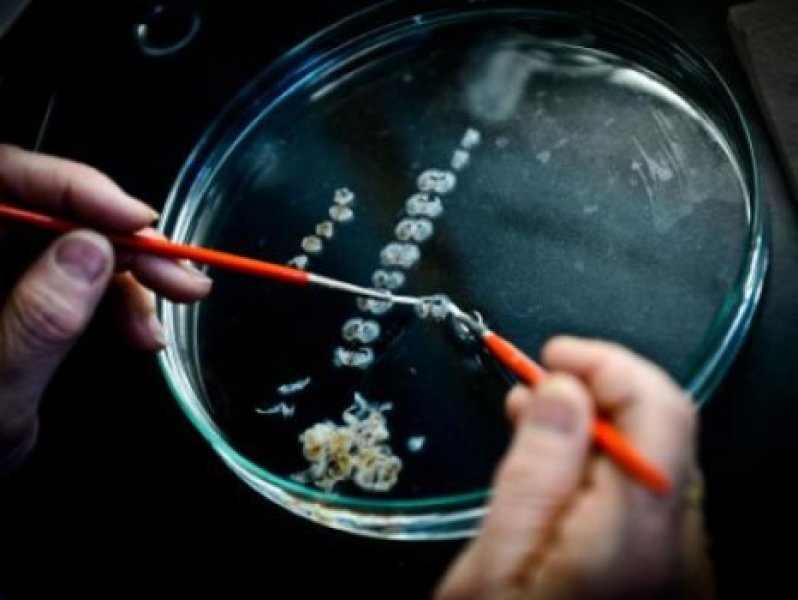 Multiple sclerosis (MS) is a debilitating disease of the central nervous system (CNS). It is believed to be an autoimmune disease, in which the immune system mistakenly attacks the brain, spinal cord and optic nerves.

In detail, the immune system attacks myelin – the protective coating surrounding nerve fibers – as well as the nerve fibers themselves. Such damage impairs communication between the brain and spinal cord, producing a variety of symptoms.

Common symptoms of MS include numbness or tingling of the face and body, walking and balance difficulties, involuntary muscle spasms, pain, weakness, fatigue, dizziness and cognitive impairment. Some people with MS may also experience seizures, speech problems or tremors.

Relapsing-remitting MS (RRMS) is the most common form of the disease, accounting for around 85% of all cases. In RRMS, people experience flare-ups of symptoms, followed by periods of partial or complete recovery.

Primary-progressive MS (PPMS) accounts for around 10-15% of all cases. Rather than experiencing flare-ups of symptoms, people with PPMS experience steady worsening of symptoms.

MS: a debilitating disease with no cure

According to the National Multiple Sclerosis Society, around two thirds of people with MS retain their ability to walk, though many individuals may require the assistance of a cane or crutches to get around. In severe cases, some patients may become wheelchair-bound.

One such patient was 25-year-old Holly Drewry from Sheffield, UK, who was diagnosed with RRMS at the age of 21. Following the birth of her daughter Isla, her condition worsened, confining her to a wheelchair.

“Within a couple of months I got worse and worse. I couldn’t dress or wash myself; I didn’t even have the strength to carry my daughter,” she told BBC News.

At present, the outcome is bleak for MS patients who find themselves in Holly’s position. There is currently no cure for MS, only treatments that may help modify the course of the disease or help manage symptoms.

But according to preliminary trial results, a cure for MS could be on the horizon; the treatment in question has already enabled some patients with MS – including Holly – to walk again.

Utilizing a cancer treatment for MS

The groundbreaking treatment being trialed is called autologous hematopoietic stem cell transplantation (AHSCT) – a procedure that is currently used to treat cancers of the bone and blood, such as leukemia and multiple myeloma.

AHSCT aims to “reboot” the immune system, preventing it from attacking the myelin and nerve fibers.

AHSCT “reboots” the immune system by re-infusing patients’ own HSCs (pictured) into their blood.

Firstly, hematopoietic stem cells (HSCs), or hemocytoblasts, are collected from the patient’s bone marrow or blood and are frozen until they are needed.

HSCs are adult stem cells that are made in bone marrow. They have the ability to renew themselves and make different cells found in the blood.

Next, the patient will undergo high-dose chemotherapy in order to destroy and clear all the harmful immune cells that are attacking the brain and spinal cord.

The patient’s frozen HSCs are then thawed and re-infused into their blood, where they begin to make new red and white blood cells within 2 weeks. Because the harvested HSCs have not developed the abnormalities that damage the CNS, re-introducing them into the patient’s blood effectively restarts the immune system.

“The immune system is being reset or rebooted back to a time point before it caused MS,” explains Prof. John Snowden, consultant hematologist at the UK’s Royal Hallamshire Hospital, where 20 clinical trial patients have received the treatment so far.

After transplantation, patients are monitored for about 3-4 weeks, during which time they receive antibiotics and transfusions to aid recovery. The immune system should be fully rebuilt within 1 month.

AHSCT for MS: the early results

In January 2015, preliminary results for the use of AHSCT in MS patients were published in JAMA.

Holly Drewry – pictured with her daughter Isla – was wheelchair-bound as a result of RRMS, but AHSCT has enabled her to walk again.
Image credit: BBC News

Between 2003-2014, researchers from the UK and US tested the treatment on 123 patients with RRMS and 28 patients with SPMS. All patients were followed-up until June 2014.

Among patients with RRMS, 64% reported a reduction in disability. Of the patients who were followed-up for 4 years, 80% experienced no relapses after treatment and 87% had no worsening of disability.

There was also a reduction in the number of new brain lesions in patients with RRMS, and subjects also reported improvements in life quality.

However, the treatment was found to be ineffective in patients with SPMS, as well as those who had had RRMS for at least 10 years.

ADVERTISEMENT
Save Up to $3.00 on Alive!® Multivitamins

Still, AHSCT has shown much promise in RRMS patients, and the treatment is currently being assessed in a large, randomized control trial called MIST.

The MIST trial – currently being conducted by researchers from the Royal Hallamshire Hospital, King’s College Hospital in the UK, Rush University Medical Center in Chicago, IL, and Northwestern University in Evanston, IL – is monitoring the long-term effects of AHSCT among patients with RRMS.

To date, 20 patients with the condition have been treated at the Royal Hallamshire Hospital as part of the trial. Though the full study results are not due until 2018, the findings so far have been very promising.

The groundbreaking treatment was recently featured on UK documentary program BBC Panorama, in which four RRMS patients involved in the MIST trial revealed how their life has been transformed.

Holly Drewry was one of these patients. In the documentary, she revealed how she started to see amazing results within days of undergoing stem cell transplantation. Though needing a wheelchair to enter the hospital before the treatment, she was able to walk out after.

“I walked into my house and hugged Isla. I cried and cried. It was a bit overwhelming. It was a miracle,” she told BBC News.

Two years on, Holly has experienced no relapses and has showed no evidence of active MS on scans. Doctors currently describe her MS as dormant, but they have high hopes that the treatment has cured the disease once and for all.

Another clinical trial participant who has experienced amazing results is Steven Storey, who was diagnosed with RRMS in 2013 and left partly paralyzed and wheelchair-bound as a result. “I went from running marathons to needing 24-hour acute care. At one point I couldn’t even hold a spoon and feed myself,” he told BBC News.

While Steven still requires the assistance of a wheelchair after undergoing AHSCT, he says his progress has been “incredible.” He was able to move his toes within days of undergoing stem cell transplantation, and within 4 months, he was able to stand without any help.

“I was in a dire place, but now I can swim and cycle and I am determined to walk,” he said.

Like Holly, Steven has experienced no relapses since his treatment, and there is no evidence of active disease.

While AHSCT is still in its experimental stages for the treatment of MS, the results so far have generated much excitement across the medical world.

“Ongoing research suggests stem cell treatments such as [A]HSCT could offer hope, and it’s clear that, in the cases highlighted by Panorama, they’ve had a life-changing impact,” notes Dr. Emma Gray, head of clinical trials at the UK’s MS Society.

However, she notes that AHSCT is an “aggressive treatment that comes with significant risks.”

According to the UK’s National Health Service (NHS), the short-term risks with AHSCT are higher than those with other treatments for MS, primarily due to the intensive chemotherapy involved.

Still, medical professionals warn that patients with MS who are interested in taking part in a clinical trial for AHSCT should talk to their neurologist or their health care professional, who will inform them whether they are eligible for the treatment and of the risks involved.

The MIST trial continues to recruit participants, and anyone interested in taking part should contact their doctor for a referral.

To be eligible for the trial, individuals must be aged between 18-55, have been diagnosed with MS using revised McDonald criteria of clinically definite MS, have an expanded disability status scale score (EDSS) of between 2.0 and 6.0, and have inflammatory disease despite having undergone standard disease-modifying therapy for at least 6 months.

The full list of eligibility and exclusion criteria can be found here. 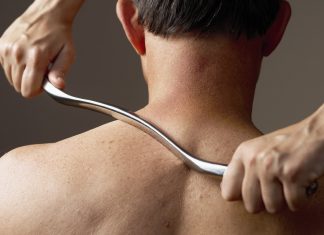