urmeric is a bright yellow colored spice, acquired from a tropical plant “Curcuma Longa”, originating from the ginger family.

It is most common for the region of southwest India and Indonesia, where it is considered to be a sacred spice and is deeply associated with the culture of the Indian people.

Every Indian consumes 2 grams of turmeric each day.

Recently, turmeric has become a rather popular spice and has had a significant increase in consumption in Japan as well as in the West.

The Anti-inflammatory Effects of Turmeric

Studies have shown that turmeric has the strongest anti-inflammatory effect in the plant world. Curcumin (the main ingredient in turmeric) inhibits (stops) the enzyme activity of COX-2 (cyclooxygenase), which is responsible for the creation of molecules that cause inflammation. We know how inflammation comes in the same package with a large number of diseases, starting from inflammatory conditions of the skin (psoriasis, dermatitis), joint inflammation, autoimmune diseases (allergy, rheumatoid arthritis, psoriasis, collagen…), mucosa damage of the gastrointestinal tract where it can cause ulcers, polyps, and later carcinoma. The effect of turmeric is very important in light of the latest results as a good substitute for synthetic anti-inflammatory agents (corticosteroids) that cause serious and permanent side effects.

Turmeric is one of the most thoroughly researched plants today. Its medicinal properties and components (especially curcumine) has been the subject of more than 5,600 published reviews and biomedical research. In fact, in the five-year research project on the “sacred plant” scientists discovered more than 600 potential preventive and therapeutic applications, as well as 175 different beneficial physiological effects.

Given the number and the density of studies carried out on this important spice, it is not surprising that a growing number of studies have found that turmeric is more useful than a variety of conventional drugs, including:

Another way that turmeric and its constituent parts reveal their extraordinary healing properties was shown in the study on drugs for resistant and multi-drug resistant tumors.

54 studies found that turmeric may cause the death of cancer cells or weaken the resistant cancer cell lines with conventional treatment.

Given the strong footprint from turmeric (curcumine) research, and also having been used as food and medicine in a wide range of cultures, for thousands of years, a strong argument can be made for the use of turmeric as an alternative medicine or a catalyst for the treatment of cancer.

Use organic (non-irradiated) turmeric, in lower culinary doses on a daily basis, but never use greater doses later in life given the fact it may be the basis for a serious illness. 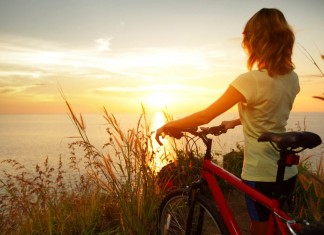 7 Reasons Why Chiropractic is About More Than Back Pain