Takeshi Ogura,DC, PhD, is a research fellow in the Division of Cyclotron Nuclear Medicine, Cyclotron and Radioisotope Center, Tohoku University, Sendai, Japan, and a director at the Japan Chiropractic Doctor College, Sendai.

Background:   Chiropractic spinal manipulation (CSM) is an alternative treatment for back pain. The autonomic nervous system is often involved in spinal dysfunction. Although studies on the effects of CSM have been performed, no chiropractic study has examined regional cerebral metabolism using positron emission tomography (PET).

Objective:   The aim of the present study was to investigate the effects of CSM on brain responses in terms of cerebral glucose metabolic changes measured by [18F]fluorodeoxyglucose positron emission tomography (FDG-PET).

Methods:   Twelve male volunteers were recruited. Brain PET scanning was performed twice on each participant, at resting and after CSM. Questionnaires were used for subjective evaluations. A visual analogue scale (VAS) was rated by participants before and after chiropractic treatment, and muscle tone and salivary amylase were measured.

Results:   Increased glucose metabolism was observed in the inferior prefrontal cortex, anterior cingulated cortex, and middle temporal gyrus, and decreased glucose metabolism was found in the cerebellar vermis and visual association cortex, in the treatment condition (P < .001). Comparisons of questionnaires indicated a lower stress level and better quality of life in the treatment condition. A significantly lower VAS was noted after CSM. Cervical muscle tone and salivary amylase were decreased after CSM.

From the FULL TEXT Article

Chiropractic spinal manipulation (CSM) is an alternative treatment for ailments such as neck, back, and lower back pain. For >100 years, chiropractors have asserted that overall health can be improved through spinal manipulative therapy. [1-5] Research on CSM has been extensively performed worldwide, and its efficacy on musculo-skeletal symptoms has been well documented. The autonomic nervous system has been invoked in constructing mechanisms that account for the effect of spinal dysfunction. [6] Previous studies documented a potential relationship between the vertebral subluxation complex and the function of the autonomic nervous system. [1, 6-13] These studies mainly discussed the autonomic effects on cardiovascular function in relation to CSM. [9, 11-13] A recent study using heart rate variability analysis documented that chiropractic adjustment affects the autonomic nervous system. [13] However, literature search showed no study using positron emission tomography (PET) to examine regional cerebral metabolic changes related to autonomic responses resulting from CSM.

Research on chiropractic spinal manipulation (CSM) has been conducted extensively worldwide, and its efficacy on musculoskeletal symptoms has been well documented. Previous studies have documented potential relationships between spinal dysfunction and the autonomic nervous system and that chiropractic treatment affects the autonomic nervous system. The authors hypothesized that CSM might induce metabolic changes in brain regions associated with autonomic nervous system functions as assessed with positron emission tomography (PET). PET is a nuclear medicine imaging technique that allows quantification of cellular and molecular processes in humans such as cerebral glucose metabolism which is thought to reflect regional neuronal activities.

Participants were men between the ages of 20-40 who had neck pain and shoulder stiffness.

A crossover study design was used such that subjects served as their own controls to compare their resting brain activity to their brain activity following chiropractic manipulation. Half of the participants completed the control condition first, while the other half completed the chiropractic condition first. The participants came back sometime between 1 and 6 weeks later to complete their remainder condition. Chiropractic consisted of a single Activator Methods assessment and treatment session by a chiropractor lasting 20 minutes. The control condition consisted of 20 minutes of rest. Immediately after each condition, 18F-labeled fluorodeoxyglucose (FDG) was injected. FDG is an excellent imaging marker of brain metabolism (glucose consumption). PET scanning followed administration of FDG. 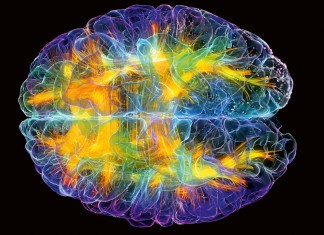