Common food additives and colorings can increase hyperactive behavior in a broad range of children, a study being released today found.

It was the first time researchers conclusively and scientifically confirmed a link that had long been suspected by many parents. Numerous support groups for attention deficit hyperactivity disorder have for years recommended removing such ingredients from diets, although experts have continued to debate the evidence.

But the new, carefully controlled study shows that some artificial additives increase hyperactivity and decrease attention span in a wide range of children, not just those for whom overactivity has been diagnosed as a learning problem.

The new research, which was financed by Britain’s Food Standards Agency and published online by the British medical journal The Lancet, presents regulators with a number of issues: Should foods containing preservatives and artificial colors carry warning labels? Should some additives be prohibited entirely? Should school cafeterias remove foods with additives?

After all, the researchers note that overactivity makes learning more difficult for children.

“A mix of additives commonly found in children’s foods increases the mean level of hyperactivity,” wrote the researchers, led by Jim Stevenson, a professor of psychology at the University of Southampton. “The finding lends strong support for the case that food additives exacerbate hyperactive behaviors (inattention, impulsivity and overactivity) at least into middle childhood.”

In response to the study, the Food Standards Agency advised parents to monitor their children’s activity and, if they noted a marked change with food containing additives, to adjust their diets accordingly, eliminating artificial colors and preservatives.

But Professor Stevenson said it was premature to go further. “We’ve set up an issue that needs more exploration,” he said in a telephone interview.

In response to the study, some pediatricians cautioned that a diet without artificial colors and preservatives might cause other problems for children.

“Even if it shows some increase in hyperactivity, is it clinically significant and does it impact the child’s life?” said Dr. Thomas Spencer, a specialist in Pediatric Psychopharmacology at Massachusetts General Hospital.

“Is it powerful enough that you want to ostracize your kid? It is very socially impacting if children can’t eat the things that their friends do.”

Still, Dr. Spencer called the advice of the British food agency “sensible,” noting that some children may be “supersensitive to additives” just as some people are more sensitive to caffeine.

The Lancet study focused on a variety of food colorings and on sodium benzoate, a common preservative. The researchers note that removing this preservative from food could cause problems in itself by increasing spoilage. In the six-week trial, researchers gave a randomly selected group of several hundred 3-year-olds and of 8- and 9-year-olds drinks with additives — colors and sodium benzoate — that mimicked the mix in children’s drinks that are commercially available. The dose of additives consumed was equivalent to that in one or two servings of candy a day, the researchers said. Their diet was otherwise controlled to avoid other sources of the additives.

A control group was given an additive-free placebo drink that looked and tasted the same.

All of the children were evaluated for inattention and hyperactivity by parents, teachers (for school-age children) and through a computer test. Neither the researchers nor the subject knew which drink any of the children had consumed.

The researchers discovered that children in both age groups were significantly more hyperactive and that they had shorter attention spans if they had consumed the drink containing the additives. The study did not try to link specific consumption with specific behaviors. The study’s authors noted that other research suggested that the hyperactivity could increase in as little as an hour after artificial additives were consumed.

The Lancet study could not determine which of the additives caused the poor performances because all the children received a mix. “This was a very complicated study, and it will take an even more complicated study to figure out which components caused the effect,” Professor Stevenson said. 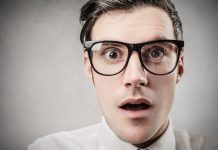